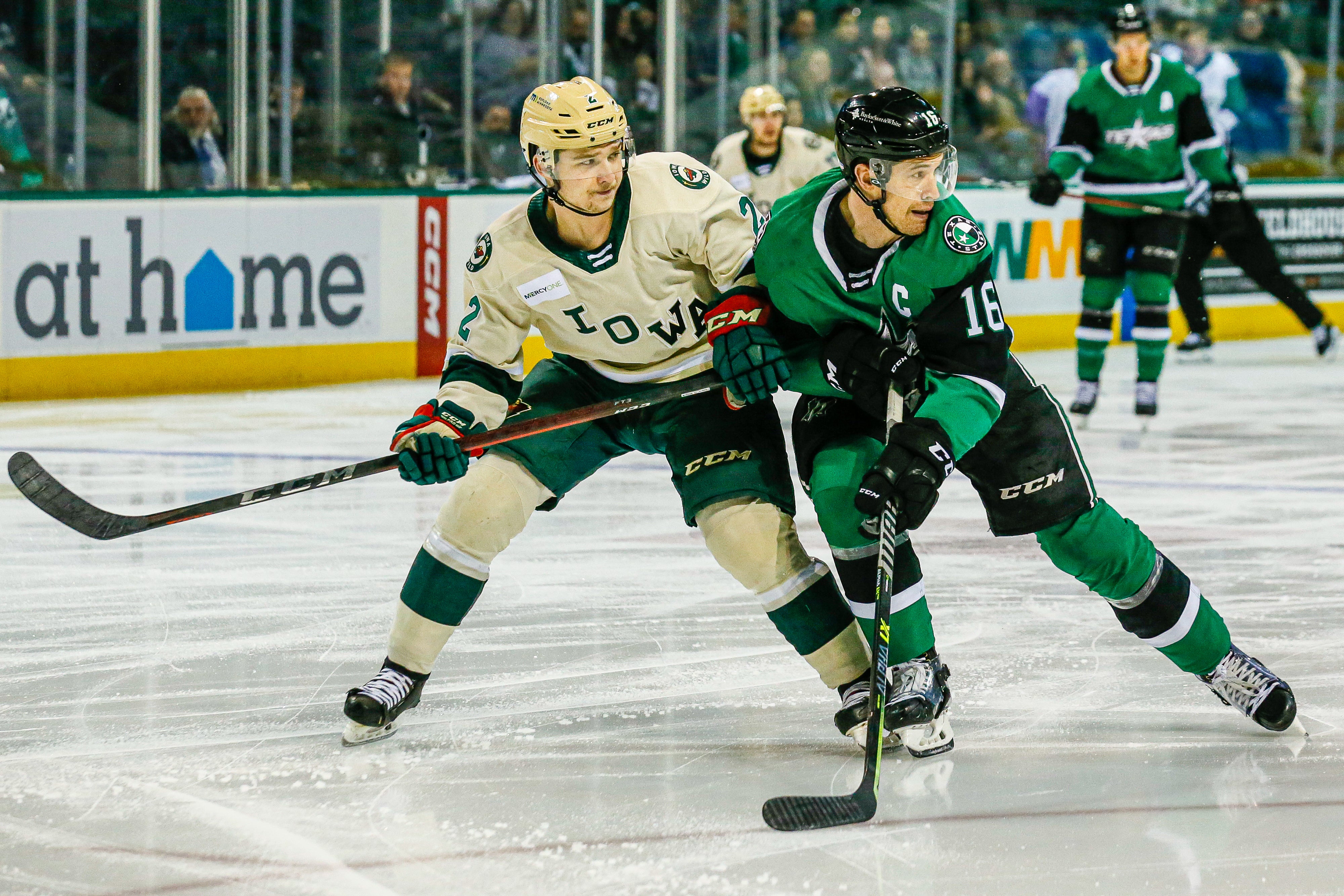 CEDAR PARK, Texas – The Texas Stars, American Hockey League affiliate of the NHL’s Dallas Stars, suffered a 3-0 loss at the hands of the Iowa Wild Sunday at the H-E-B Center at Cedar Park. With the weekend sweep, the Wild jumped Texas into the fifth and final playoff spot entering the final two weeks of the season.

The Wild flipped the script from the first period Saturday night, jumping out to a 1-0 lead Sunday thanks to a power play goal from Mason Shaw. Adam Scheel stopped 14 of 15 shots in the frame, including the initial attempt on the Iowa goal that Shaw put away on the rebound. The Stars mustered six shots in the period, including a late scoring chance by Ty Dellandrea before the buzzer, but Iowa goaltender Zane McIntyre stopped all six attempts.

Iowa extended their lead to 2-0 when Mitchell Chaffee snapped a shot over Scheel’s blocker during a 4-on-4 situation in the second period. Texas finished the period with a 17-8 shots advantage, but McIntyre carried a 23-save shutout into the third with a 2-0 lead.

The Stars threw 15 more shots at McIntyre in the third period, but the Wild goaltender completed the 38-save shutout. Dominic Turgeon added an empty net goal for the Wild to complete the scoring. Scheel stopped 29 of 31 in the loss.

The Stars finish off their regular season home schedule with three games against the Chicago Wolves on Wednesday, Friday and Saturday at 7:00 p.m. at the H-E-B Center at Cedar Park. Tickets are available at www.texasstars.com/tickets.