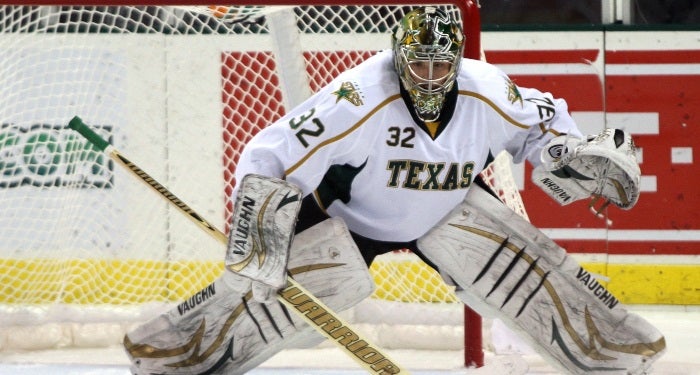 Texas made it on the board late in the first period. Right wing Colton Sceviour generated a 1-0 lead for the Stars with 2:22 to go. The shorthanded goal was set up by left wing Francis Wathier and defenseman Brad Lukowich for the first goal of the night.

The Stars jumped out to a 2-0 lead at 5:57 of the second period. Left wing Matt Fraser put in his 11th goal of the year with assists from Wathier and defenseman Dan Spang. The scoring continued as Texas defenseman Hubert Labrie netted his first goal of the season, giving the Stars a 3-0 lead. Forwards Travis Morin and Mike Hedden each added an assist on the play at 7:39.