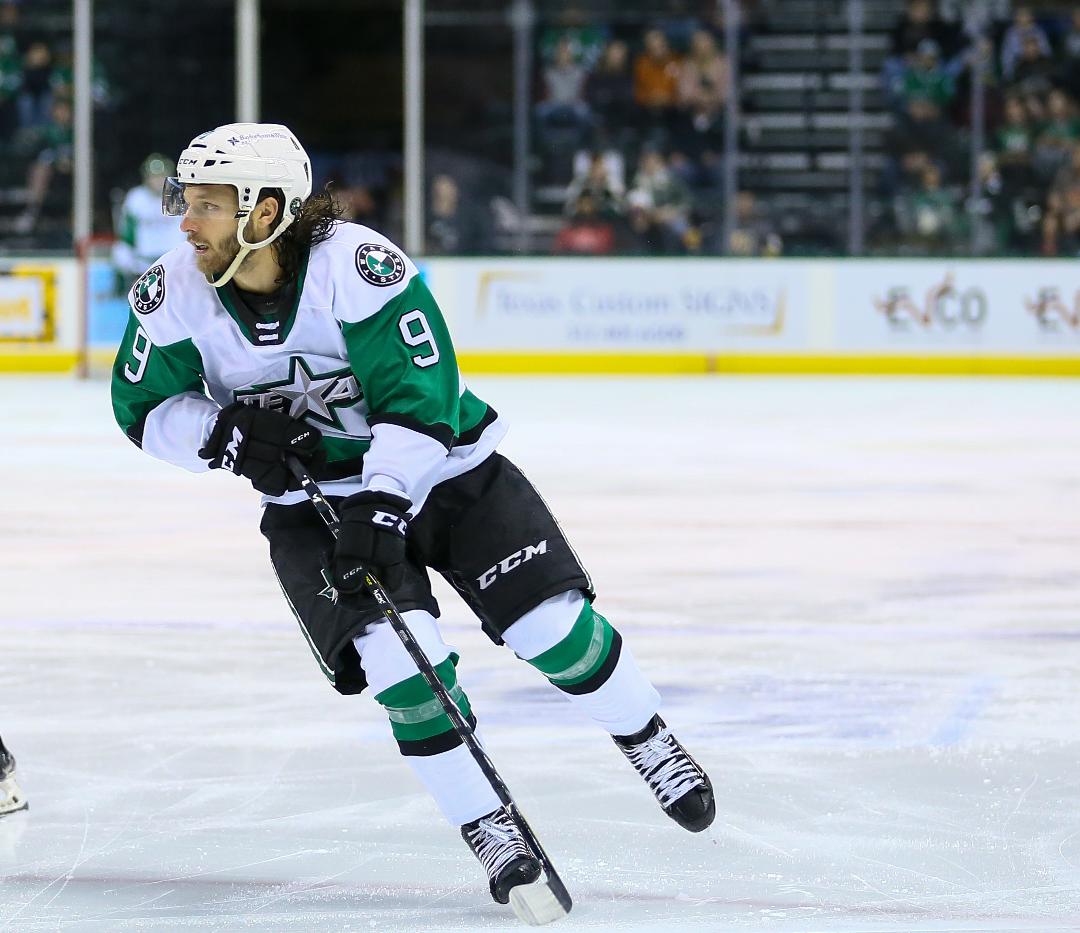 CEDAR PARK, TX – The Texas Stars, American Hockey League affiliate of the NHL’s Dallas Stars, suffered a heartbreaking 5-4 loss Saturday when the Manitoba Moose broke a 4-4 tie in the final second of regulation in front of 6,511 fans at the H-E-B Center at Cedar Park. Stars forward Anthony Louis tied the game one minute earlier to complete his first professional hat trick.

Manitoba opened the scoring with just 1:04 left in the opening period when Todd Burgess fired a shot from the circle and buried it in the upper right corner over Anton Khudobin’s glove. The Moose led 1-0 going into the first intermission.

Just 31 seconds into the second frame, Jeff Malott launched the puck on goal and it trickled by Khudobin and sat in the crease, before Luke Johnson tapped it into the net to make it 2-0. Curtis McKenzie got caught roughing and was sent to the box at 4:29. During the penalty kill, Josh Melnick skated in and fired the puck past Evan Cormier for his league-leading fourth short-handed goal, cutting the Stars’ deficit in half.

Dylan Samberg went to the box for interference and the Stars went on the power play with just six minutes left in the second period. Thomas Harley passed the puck across to Louis, who was at the far circle, and Louis beat Cormier to tie the game at 2-2.

Louis gave the Stars their first lead of the weekend with another power play goal early in the third period, but Issac Johnson tied the score at 3-3 on a Manitoba power play midway through the frame. Cole Maier gave the Moose the lead again just over a minute after Johnson’s goal on a long shot that fooled Khudobin.

But Louis sent hats flying to the ice when he buried his own rebound with 61 seconds left in the game to complete the hat trick and tie the game 4-4. Just when it looked like the game was headed for overtime, Haralds Egle spun a shot into the crease and it went off of a skate and in, beating the buzzer with less than a second left in the game, giving Manitoba the 5-4 win.