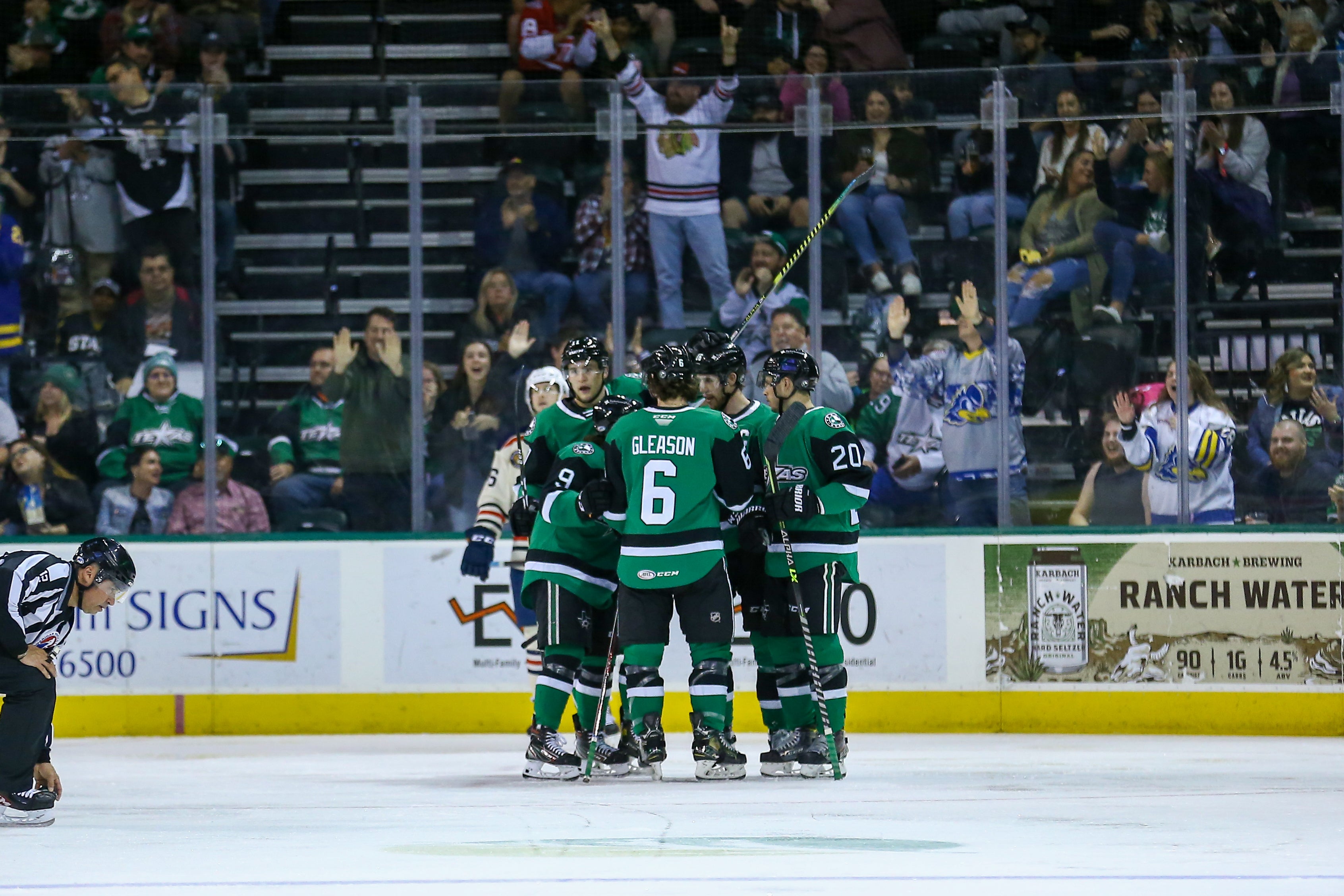 CEDAR PARK, TX – The Texas Stars, American Hockey League affiliate of the NHL’s Dallas Stars, broke a 2-2 deadlock with 85 seconds left in regulation to defeat the Milwaukee Admirals 3-2 Saturday at the H-E-B Center at Cedar Park. The win was Texas’ fifth straight on home ice dating back to March 9.

The Stars generated 12 shots in the first period and received two power play opportunities, but Admirals goaltender Devin Cooley kept Texas off the board. Adam Scheel also stopped all six Milwaukee attempts in the scoreless frame.

Texas opened the scoring on a power play when Curtis McKenzie tipped a point shot from Ben Gleason into the net to make it 1-0 at 6:48 of the middle period. The Admirals answered when Cole Smith snuck a puck just inside the post from the side of the Stars net just 1:18 later.

Jordan Kawaguchi put Texas back in front with a wrist shot from the left circle that fooled Cooley, but Dylan Blujus swept a loose puck underneath Scheel and into the net to even the score before the second break.

Late in regulation, Rhett Gardner tipped a shot on net and chipped his own rebound in past Cooley for a power play goal with 1:25 remaining to give the Stars the lead for good. Scheel stopped 23 of 25 shots in the victory as Texas moved back to a .500 record.

Texas now embarks on another four-game road trip, starting with two games against the Grand Rapids Griffins at Van Andel Arena next Friday and Saturday.