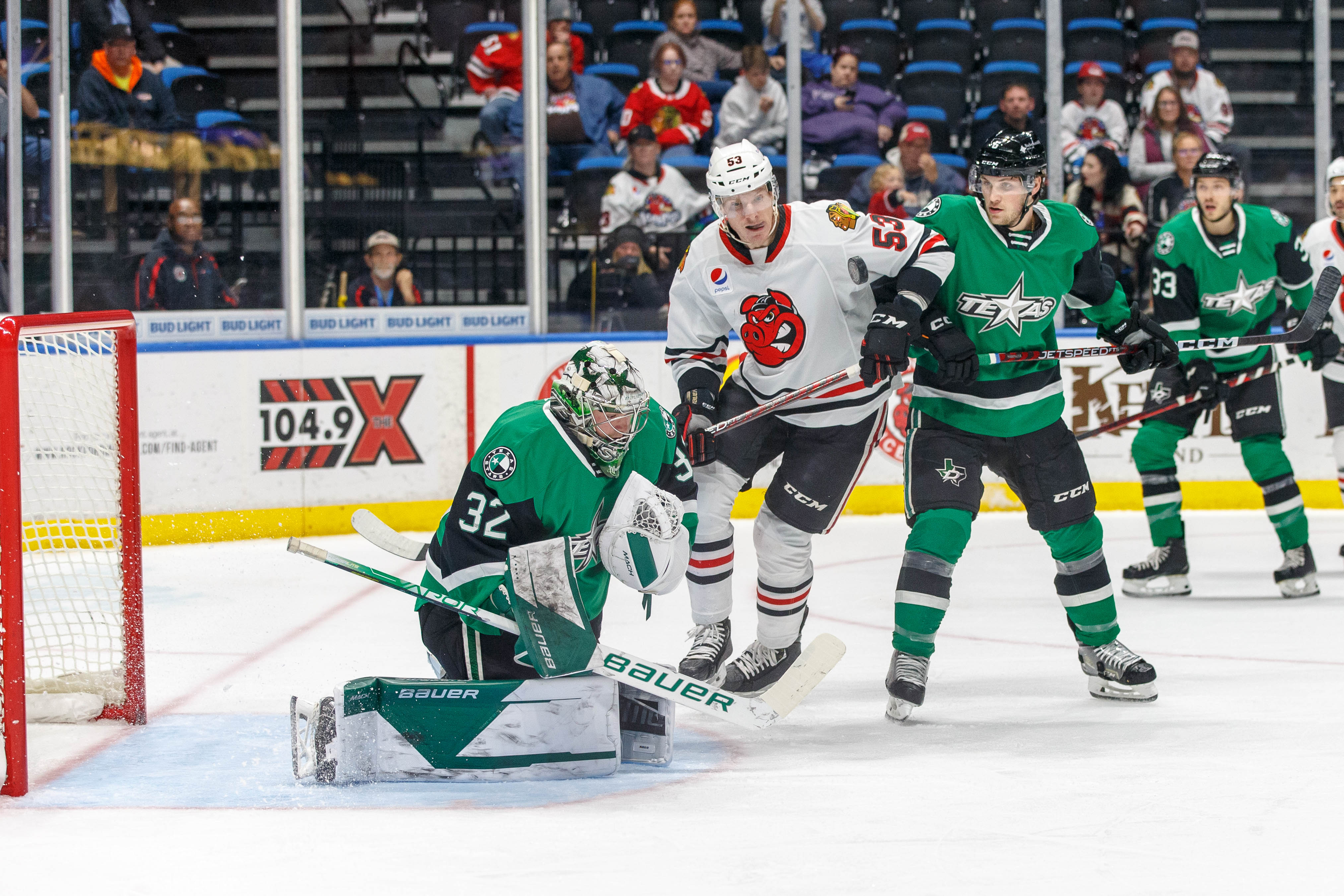 ROCKFORD, Illinois – The Texas Stars, American Hockey League affiliate of the NHL’s Dallas Stars, were upended 7-2 by the Rockford IceHogs in their first of six consecutive games away from home Wednesday night.

The IceHogs opened the scoring with three goals in just over 10 minutes of action to kick off action at the BMO Center. Cole Guttman beat Texas netminder Matt Murray with a shot from the middle of the offensive zone at 1:24 for the first goal in the contest. A second tally by Brett Seney at 3:26 and third by Isaak Phillips at 10:30 forced a goaltending change as Anton Khudobin took over in goal for the Stars. While maintaining their grasp on the 3-0 lead after 20 minutes of play, Rockford owned an 11-5 shots advantage over Texas.

Both sides picked up a marker in the middle period. Curtis McKenzie scored the first goal 3:24 in for the Stars, marking his 150th career AHL goal to cut the deficit to 3-1. Just over a minute later at 4:56, David Gust reextended the IceHogs’ lead to three with a goal to make it 4-1. With 40 minutes by the wayside, the IceHogs were outshooting the Stars 17-14 after Texas edged Rockford in shots on goal 9-8 in the second frame.

The third period saw Rockford grab a four-goal lead when Seney picked up his second goal at 9:48. After Texas tallied its final marker of the night with Alex Petrovic scoring the Stars’ third shorthanded goal of the season at the 12:57 mark, Rockford piled on two more goals in the final leg of the third for a 7-2 victory.

In goal for Rockford, Mitchell Weeks picked up the win after making 28 saves on 30 shots. Between the pipes for the Stars, Khudobin made 18 saves on 22 shots in relief.

Following a rest day Thursday, the Stars will be in Rosemont, Illinois, to open a two-game weekend series Friday against the Chicago Wolves at 7:00 p.m. at Allstate Arena.