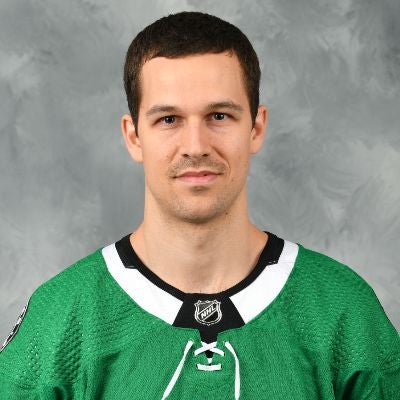 Contract: Signed a one-year, two-way contract with the NHL's Dallas Stars on July 28, 2021.

Served as team captain for the Stockton Heat during the 2020-21 season.

Traded from Florida to Edmonton in exchange for Chris Wideman and conditional third-round pick on Dec. 30, 2018.

Famously scored a goal, added an assist, and fought three times against Evander Kane and Buffalo in a 7-4 Florida win on February 9, 2016.

Logged parts of three seasons with the San Antonio Rampage and ranks as one of the club's top-10 point-producing defensemen with 51 points (9-42=51) in 144 games.

Ranks third in Rebels history among defensemen with 146 points and second with 270 games played.