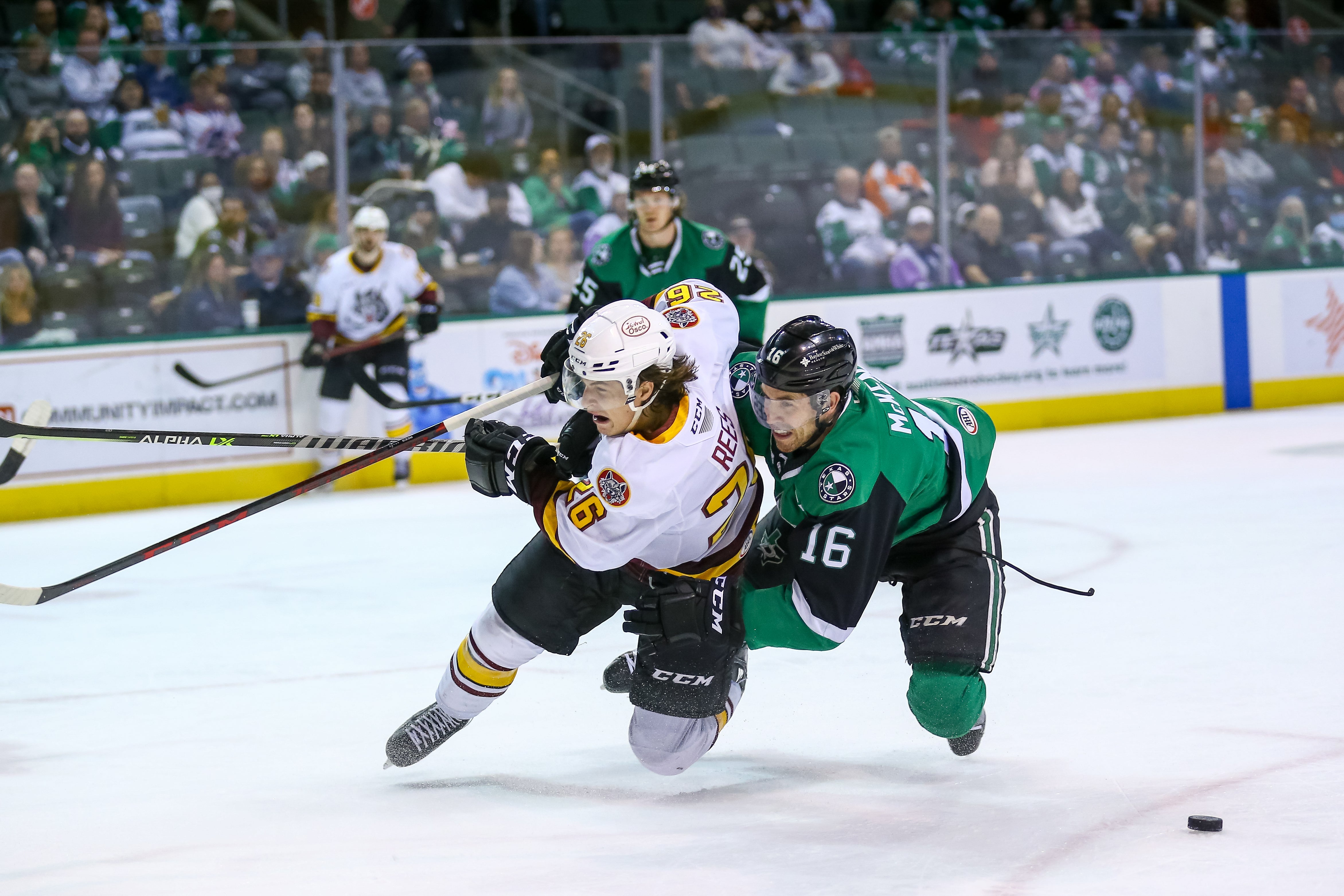 CEDAR PARK, Texas – The Texas Stars, American Hockey League affiliate of the NHL’s Dallas Stars, finished off the home portion of their regular season schedule with a heartbreaking 6-4 loss to the Chicago Wolves in front of a sellout crowd at the H-E-B Center at Cedar Park.

The Stars jumped out to the game’s first lead for the third straight time this week. Ty Dellandrea scooped up a rebound off of the left pad of Pyotr Kochetkov and lifted a shot into the top corner of the net to make it 1-0 just 4:22 into the game. The Wolves responded, however, with an answer 1:07 later. Joey Keane skated the puck in beneath the goal line and banked a shot off of the back of Adam Scheel to tie the score.

Chicago gained the lead when Richard Panik snapped a quick one-timer into the net from low in the slot. The Wolves outshot the Stars 19-13 in the frame, but Texas tied the game on a late power play goal from Anthony Louis heading into the first break.

Louis took a hard hit, but bounced up and fired a sharp angle shot into the net for his second goal of the game to make it 3-2 just 52 seconds into the middle period. Chicago tied it on their first power play when Josh Leivo sent a shot past Scheel from the point. Jerad Rosburg gave Texas another lead late in the period when he fired a shot past Kochetkov from the left point with 2:19 remaining. Texas outshot Chicago 13-7 in the period and led 4-3 after 40 minutes.

Max Lajoie evened the score 5:01 into the third period on a scramble in front of the Stars net and Stefan Noesen put the Wolves back in front with a short-handed breakaway goal midway through the period. Noesen added an empty net goal to complete Chicago’s comeback win, as the Wolves clinched the regular season division title.

The Stars wrap up the regular season with four road games, starting with a Wednesday night tilt against the Milwaukee Admirals at 7:00 p.m. at UW-Milwaukee Panther Arena