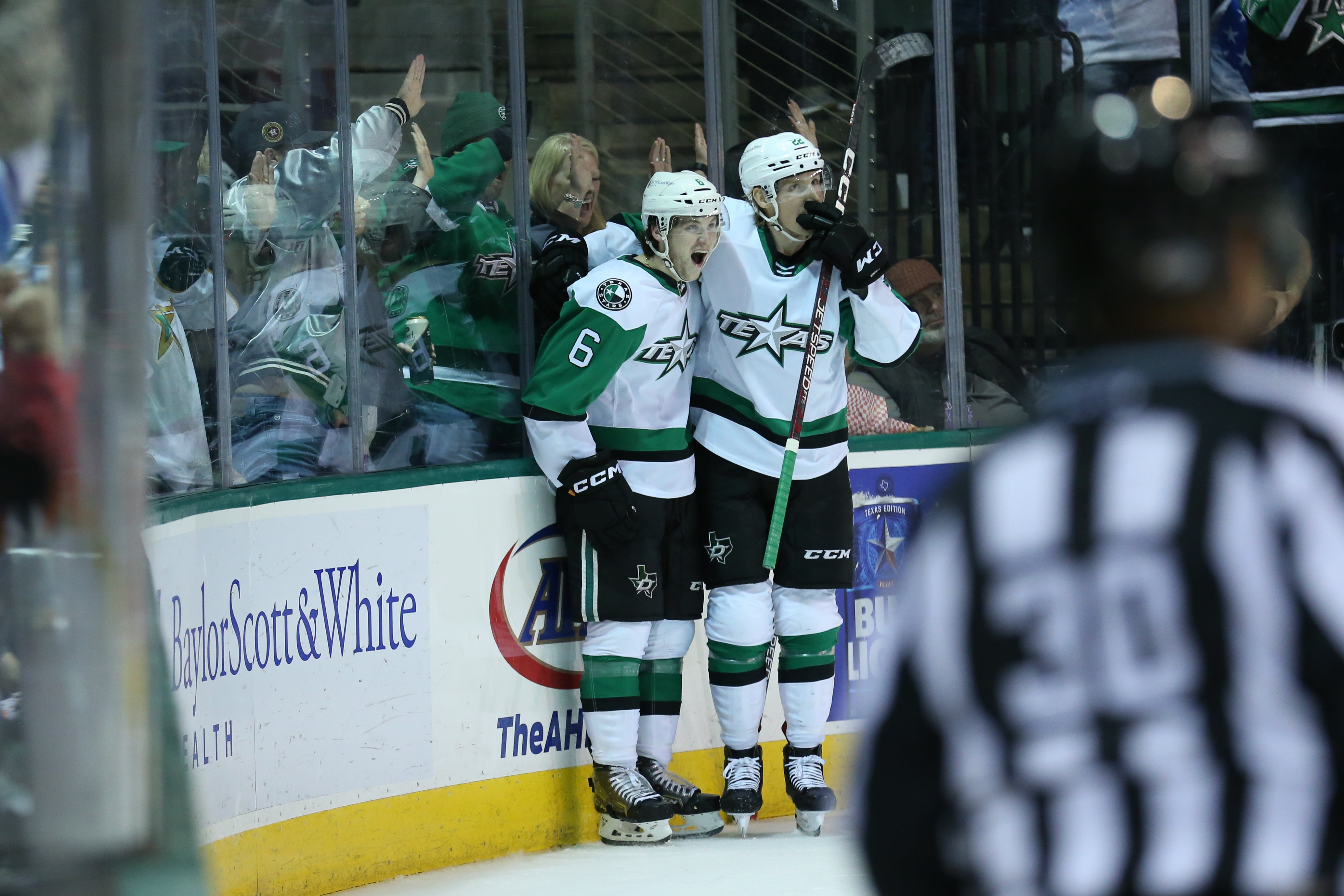 CEDAR PARK, Texas – The Texas Stars, American Hockey League affiliate of the NHL’s Dallas Stars, took down the Chicago Wolves 6-1 in front of a season-high crowd of 6,126 Stars fans that watched them complete a two-game series sweep Saturday night. It marked the Stars second time eclipsing the 6,000-fan plateau this season after previously drawing 6,014 during the first game of the series Friday night.

Texas opened the scoring at 11:43 of the opening frame when Ben Gleason tapped in a saucer pass from the right dasher by Riley Tufte. Gleason’s fifth marker of the season was the only goal in the first period as Texas skated into the first intermission leading 1-0 with an 11-5 advantage in shots on goal.

The second period saw Riley Damiani extend the lead to 2-0 at 2:26 when he beat Zachary Sawchenko blocker-side from the slot after receiving a pass out of the left corner by Mavrik Bourque. Then at 10:29, Riley Barber fired a rebound near the goal line off Sawchenko and into the net to make it 3-0. Up by three after 40 minutes of play, Texas owned a 23-14 upper hand in shots on goal.

In the third period, Marian Studenic made it 4-0 when he beat a sprawled out Sawchenko on the power play at 2:28. At the 13:51 mark, Jacob Peterson scored the Stars’ second power-play goal of the night when he shelfed one over Sawchenko’s right shoulder into the top-left corner to make it 5-0. After Chicago salvaged its lone goal at 15:32, Fredrik Karlstrom potted one more goal shorthanded on a breakaway that guided Texas to a 6-1 victory and its' first home series sweep since March 25-26, 2022, vs. Milwaukee.

Making a second consecutive start in goal for the Stars, Matt Murray improved his record to 5-4-1 on the season after stopping 22 of 23 shots. For the Wolves, Sawchenko made 27 saves on 33 shots against.

Up next, the Stars hit the road again to take on the Wolves one final time away from home in Rosemont, Illinois, Thursday at 11:00 a.m. before heading to Des Moines to take on the Iowa Wild Friday and Saturday night.