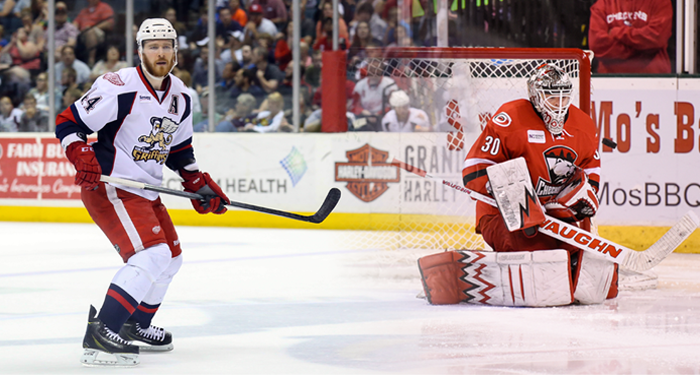 Evans appeared in two NHL playoff games for the Calgary Flames in 2003-04, and scored the game-winning goal in 2013 that clinched the Calder Cup Championship for Grand Rapids in Game 6 against the Syracuse Crunch.

Muse, 27, is an experienced goaltender entering his sixth AHL season. The East Falmouth, Mass. native spent the past four years with the AHL’s Charlotte Checkers. Muse has appeared in 108 games in his AHL career with a 2.65 goals against average and .926 save percentage. Prior to turning pro, Muse (MEWZ) competed for four years at Boston College and won the NCAA’s Frozen Four National Championship twice (2008, 2010).

The 5-foot-11, 185-pound goaltender also won a Kelly Cup Championship with the ECHL’s Florida Everblades in 2012 and was named the Kelly Cup MVP.  His 27 wins in 2013-14 and 54 career wins are both franchise records for the Checkers.