CEDAR PARK, Texas – The Texas Stars, American Hockey League affiliate of the NHL’s Dallas Stars, announced Tuesday that the club has signed right wing Brad McClure for the upcoming 2019-2020. McClure began the 2018-19 season with the team’s ECHL affiliate, the Idaho Steelheads, before logging 30 games with Texas. 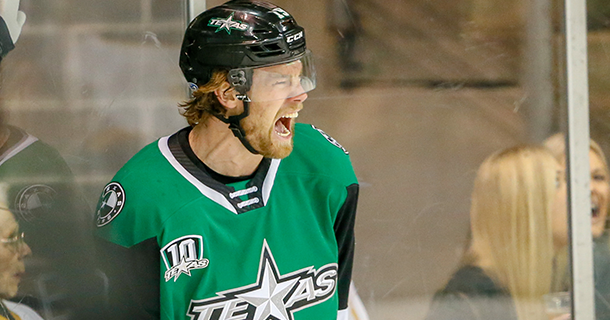 McClure, 25, earned his first career promotion to the AHL on Jan. 7, 2019 and made his AHL debut five days later against the Iowa Wild. Following his AHL debut, McClure skated in 29 of the Stars final 27 games and collected 11 points (9-2=11) in that stretch. Of his nine goals, three were game winning tallies which included his first AHL goal on Feb. 19 against the Iowa Wild in overtime. The 5-foot-11, 191 pound winger recorded his first career hat trick on Mar. 30, netting all three goals in the third period.

Before earning his full time call to the Texas Stars lineup, McClure was one of the leading scorers of the Steelheads. The Stratford, Ontario native produced 39 points (19-20=39) across 42 ECHL games ending the year third on the roster in goals. McClure went on to rejoin the Steelheads in the Kelly Cup Playoffs, helping them advance to the Mountain Division final with five points (3-2=5) in nine games.

McClure Is one year removed from a his collegiate career at Minnesota State University-Mankato. The former Mavericks captain logged 159 career games at his alma mater from 2014 to 2018 and tallied 91 points (45-46=91).