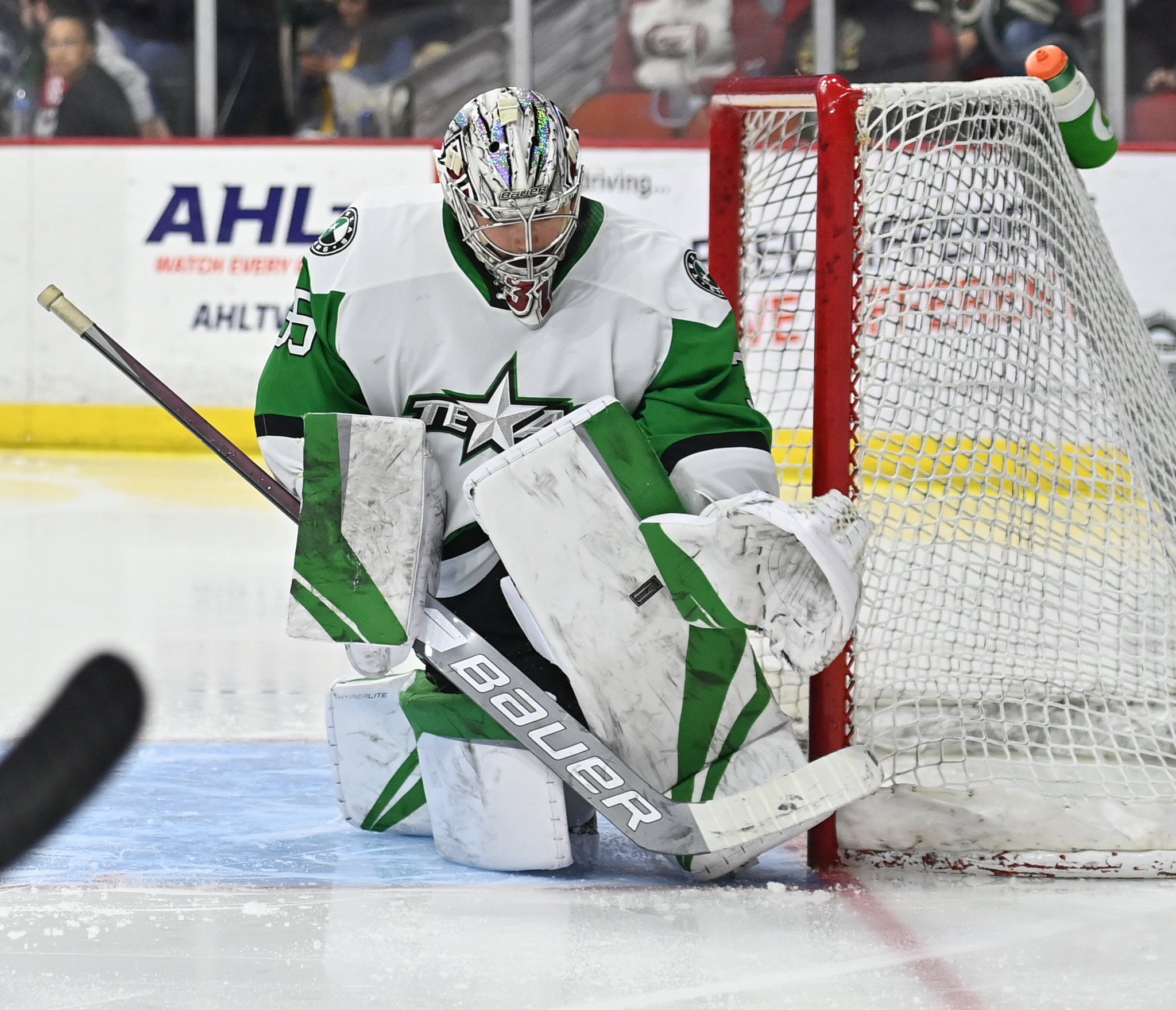 SPRINGFIELD, Mass. - The American Hockey League announced today that Texas Stars goaltender Matt Murray has been selected as the AHL Player of the Week for the period ending April 24, 2022.

One week removed from his professional debut, Murray led the Stars to three crucial road victories and helped move them to the brink of a berth in the Calder Cup Playoffs.

On Wednesday evening in Milwaukee, Murray stopped 30 shots – including 21 in the third period – as Texas earned a 4-1 win over the Admirals. The Stars then headed to Des Moines for a critical two-game series with the Iowa Wild, and Murray followed a 38-save shutout in Friday’s 1-0 victory with a 33-save performance in a 2-1 victory on Saturday, leaving Texas one point away from securing the final postseason spot in the Central Division.

Signed to a tryout by Texas after completing his collegiate career at the University of Massachusetts-Amherst last month, Murray has a record of 4-1-0 in five AHL starts and shows a 1.62 GAA and a .948 save percentage, allowing just eight goals on 152 shots. The 24-year-old native of St. Albert, Alta., went 77-49-4 with a 2.23 GAA, a .916 save percentage and 16 shutouts in 122 appearances over five seasons at UMass-Amherst, and helped the Minutemen to the program’s first national championship in 2021.

Texas faces the Manitoba Moose at 7:00 p.m. Tuesday at Canada Life Centre in Winnipeg in the Stars’ final game of the regular season. A win or overtime point will guarantee Texas a spot in the Calder Cup Playoffs.