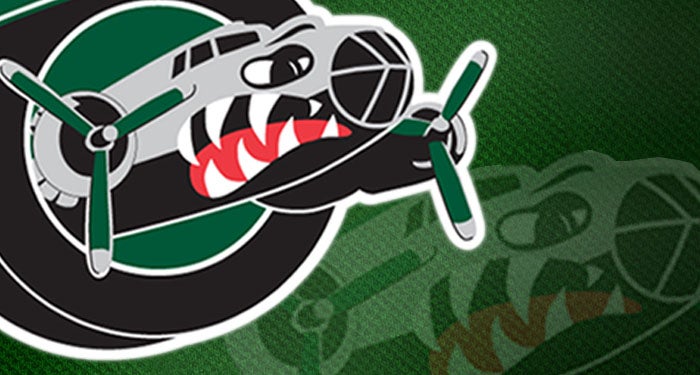 The Texas Stars and the Houston Aeros meet for the third time this season and the 27th time in AHL history. The Stars and the Aeros will face off nine more times this season, including five games at Cedar Park Center. Texas is 14-16-4-3 all-time against Houston after going 3-6-2-1 in 2010-11 against their in-state rivals. Texas is 9-7-2-0 all-time at home against Houston and is 5-9-2-3 all-time at Toyota Center. Houston claimed the first meeting of the season with a 5-2 victory at Cedar Park Center on October 14th. The Stars countered with a 3-2 overtime win at the Toyota Center on Friday night. The Stars picked up their first win in Houston since February 27th, 2010. Dating back to their inaugural season, Texas had lost six straight at Toyota Center. Texas has played Houston more than any other team in AHL history. The 27 meetings all-time is two ahead of 25 all-time meetings with San Antonio.

The Stars snapped a three-game winless skid (0-2-0-1) with a 3-2 overtime win at Houston on Friday night. Texas returns home where the team is 3-3-0-1 at Cedar Park Center. The Stars are winless in their last two games on home ice. Three of the last four games at Cedar Park Center have been decided in overtime or a shootout. The Stars have edged their opponents 25-23 on home ice this season. The Stars wrap up a stretch of six straight divisional games this evening. The Stars are 3-5-0-1 within the West Division. Texas’ scoring has been spread out this season, with 15 first-period tallies and 17 second-period markers. The Stars have outscored their opponents 15-14 in the third period of play. The Stars are the second ranked offensive team in the Western Conference with a 3.33 goals per game average. The Stars are 4-0-0-1 when leading after two periods of play, but they are 0-6-0-0 when trailing after two periods of play.

After falling to Texas on Friday, Houston dropped to 4-3-0-2 at home this season. The Aeros have played well on the road this season, going 5-1-0-1 in their first seven road games. Houston has outscored their opponents 22-15 away from the Toyota Center this year. The Aeros are 6-2-1-1 in the last ten games and 2-2-0-1 in their last five contests. Houston has posted three straight road wins and they have taken four of their last five road contests. The Aeros are the third highest scoring team in the Western Conference, averaging 3.31 goals per game. Defensively, Houston ranks 11th overall in the league by allowing 2.81 goals per game. The Aeros have struggled to score in the first period of play, putting up nine goals in their first 16 games. Houston has 21 goals in the second period and 23 in the third. The Aeros have scored the first goal six times this season, posting a 5-1-0-0 mark when they get on the board first. The 2011 Western Conference champions rank 23rd in the AHL with a 14.63 penalty minutes per game average.

Larsen called up to Dallas, Texas Recalls Labrie from Idaho
The Dallas Stars announced last Saturday that the NHL club has recalled defenseman Philip Larsen from the Texas Stars, Dallas’ primary affiliate in the American Hockey League (AHL). He joined the Stars in Detroit on Saturday. The Dallas Stars also announced that defenseman Hubert Labrie has been reassigned from the Idaho Steelheads to the Texas Stars.

Larsen, 21, leads all Texas defensemen in scoring, with nine assists and 10 points in 10 games. He is also tops in power-play assists among defensemen, setting up six extra-man advantage tallies. Larsen is currently fourth among AHL defensemen in points and fourth overall in assists.

The 6-1, 190-pound defenseman from Esbjerg, Denmark, has appeared in 11 career NHL games with 3 points (3 assists) with a +2 rating. The Stars' fifth-round selection in the 2008 NHL Entry Draft, Larsen has appeared in three games this season with Dallas, averaging 13:30 time-on-ice per game. Larsen spent the majority of the 2010-11 season with the Texas Stars, appearing in 54 games and collecting 22 points (4 goals, 18 assists).

Labrie is a rookie defenseman who played in seven games with Idaho to start this season. He scored his first pro goal and totaled four points with the Steelheads. Labrie attended camp in Dallas and with Texas prior to his assignment to Idaho. He turned pro after playing the previous four years in Gatineau of the QMJHL from 2007-08. In 192 QMJHL games, the 21-year old defenseman scored ten goals and set up 38 others for a total of 48 points. He made his Texas and AHL debut last Sunday at San Antonio.

What’s Ahead:
DATE OPPONENT TIME RADIO
Saturday, November 19 vs. Houston 7:00 PM 92.5 FM
Wednesday, November 23 vs. Chicago 7:30 PM 104.9 FM
Friday, November 25 at Houston 7:35 PM 92.5 FM
Saturday, November 26 vs. Houston 7:00 PM 92.5 FM
Wednesday, November 30 at Charlotte 6:00 PM 104.9 FM
*All times listed are central time
LAST THREE GAMES
Texas 3 at Houston 2 OT 11/18/11
The Texas Stars defeated the Houston Aeros 3-2 in overtime in front of 9,036 fans at the Toyota Center on Friday night. Texas right wing Raymond Sawada put in a rebound 1:30 into overtime, scoring his fifth goal of the year and lifting the Stars to a road victory over their in-state rivals. Center Travis Morin and defenseman Maxime Fortunus each had two assists, as the Stars improved to 4-4-0-0 on the road this season. Forward Tomas Vincour and defenseman Jordie Benn also scored, as Texas took home its third overtime win of the season. Vincour extended his goal scoring streak to six straight road games this season. Texas goalie Richard Bachman picked up the win with 21 saves. Houston goalie Matt Hackett made 32 saves in the defeat.

Texas 2 at San Antonio 3 11/13/11
The Texas Stars were defeated by the San Antonio Rampage 3-2 in front of 5,735 fans at AT&T Center on Sunday night. Right wing Tomas Vincour had a goal and an assist, scoring in his fifth straight road game. Left wing Francis Wathier also notched a goal and an assist on the night, as the Stars fell to 3-4-0-0 on the road this season. San Antonio goalie Jacob Markstrom stopped 28 of 30 shots in the win. Rampage centers Mark Cullen and Tim Kennedy each scored in the second period, while center Scott Timmins registered a third-period goal. Texas goalie Richard Bachman stopped 25 of 28 shots faced.

Abbotsford 3 at Texas 1 11/12/11
The Texas Stars were defeated by the Abbotsford Heat 3-1 in front of 6,226 fans at the Cedar Park Center on Saturday night. Abbotsford goalie Leland Irving stopped 35 of 36 shots to secure the victory and lead his team to a sixth straight road win. Abbotsford right wing Jon Rheault registered two goals on the night, helping the Heat improve to 8-1-0-0 on the road this season. Defenseman Jordie Benn scored the lone Texas goal in the defeat. Texas goalie Tyler Beskorowany stopped 37 shots in the defeat.

Texas Stars
Center Travis Morin and right wing Raymond Sawada lead Texas in scoring. Morin is the clubhouse leader with 13 assists and 17 points in his first 15 games played. He trails the league leader by five points and he ranks in the top ten of the AHL for assists.
Morin is among the AHL leaders with nine power-play assists. Sawada is second overall in team scoring with five goals and ten assists for 15 points in 15 games played. Sawada (9) and Morin (10) are among the top five in the AHL with power-play points each. Rookie forward Matt Fraser is third in team scoring with 13 points in 15 games. He leads the team with nine goals scored and 61 shots on net. Fraser is second in the AHL with six power-play goals and he is among the league leaders in goals scored. He is tied for seventh overall in the AHL in rookie scoring.

Forwards Tomas Vincour, Francis Wathier and Ryan Garbutt round out the top scorers for Texas. Vincour has 12 points in 14 games played. He had a five-game goal scoring streak from Oct. 27 – Nov. 6, which ended last Friday (11/11). Vincour’s streak tied Warren Peters’ team record for consecutive games with a goal. Vincour also tied a team record by recording a point in six straight games from Oct. 25 – Nov. 6. He currently has a goal in six straight road games. Wathier had a five-game points streak come to an end on November 11th. Over that span, Wathier scored three goals and totaled six points. The left winger has five goals and six assists in 15 games played. Center Ryan Garbutt has nine points in 15 games. Left wing Luke Gazdic leads the team in penalty minutes with 35, while Ryan Garbutt comes in second with 28 minutes. Garbutt leads the team and is among the top five in the AHL with 14 minor penalties.

Special Teams
After going 1-for-5 on Friday in Houston, the Stars maintained the top-rated power play in the AHL. The team has converted 22 of 77 for a 28.6% conversion rate. The Stars have failed to register a power-play goal in only four of the first 15 games. Texas has scored more than one power-play goal seven times this season. The Stars lead the AHL with 22 power-play goals scored. The Stars have killed off 32 of the last 36 penalties (88.9%). Texas ranks 19th overall on the penalty kill at 79.7%. The team ranked as low as 29th as recently as October 31st. Houston is 18-of-85 on the power play this season, ranking tenth best in the league at 21.2%. The Aeros are 16th in the AHL on the penalty kill, stopping 80% of their opponents’ power plays. After going 0-1 on Friday night, Houston ended a streak of eight straight games with at least one power-play goal. The streak started on October 28th with a 3-for-5 performance against San Antonio. In the last nine games, Houston is 12-for-48 (25%).

This Date in Stars History…
Texas has played once on November 19th, 2010. The Texas Stars defeated the Oklahoma City Barons 2-1 in a shootout in front of 4,481 fans at the Cox Convention Center. Texas center Aaron Gagnon ended the shootout in the fifth round, scoring the decisive goal for the road win. Stars goalie Richard Bachman did the rest, stopping 35 shots in regulation and four of five in the shootout to preserve the win. Texas forward Travis Morin scored the only goal in regulation as the Stars improved to 4-2-0-0 on the road this year. Barons’ goalie Jeff Drouin-Deslauriers (0-3-0) made 17 saves in the third period and finished with 34 in the defeat.

The Houston Aeros
The Aeros have also seen a coaching change since last season. Mike Yeo was promoted to head coach of the Minnesota Wild after last year’s Calder Cup Finals appearance. In his first year with Houston, Yeo posted a 46-28-1-5 mark and a berth to the Calder Cup Finals where the Aeros fell to the Binghamton Senators in six games. This season, John Torchetti is now behind the bench for Houston. Torchetti has an extensive hockey background spanning 27 years. Last season, he was the Atlanta Thrashers’ associate coach. Prior to his position in Atlanta, Torchetti was an assistant coach with the Chicago Blackhawks from 2008-10. Chicago went to the Western Conference Finals in 2009 and won a Stanley Cup championship the following year.