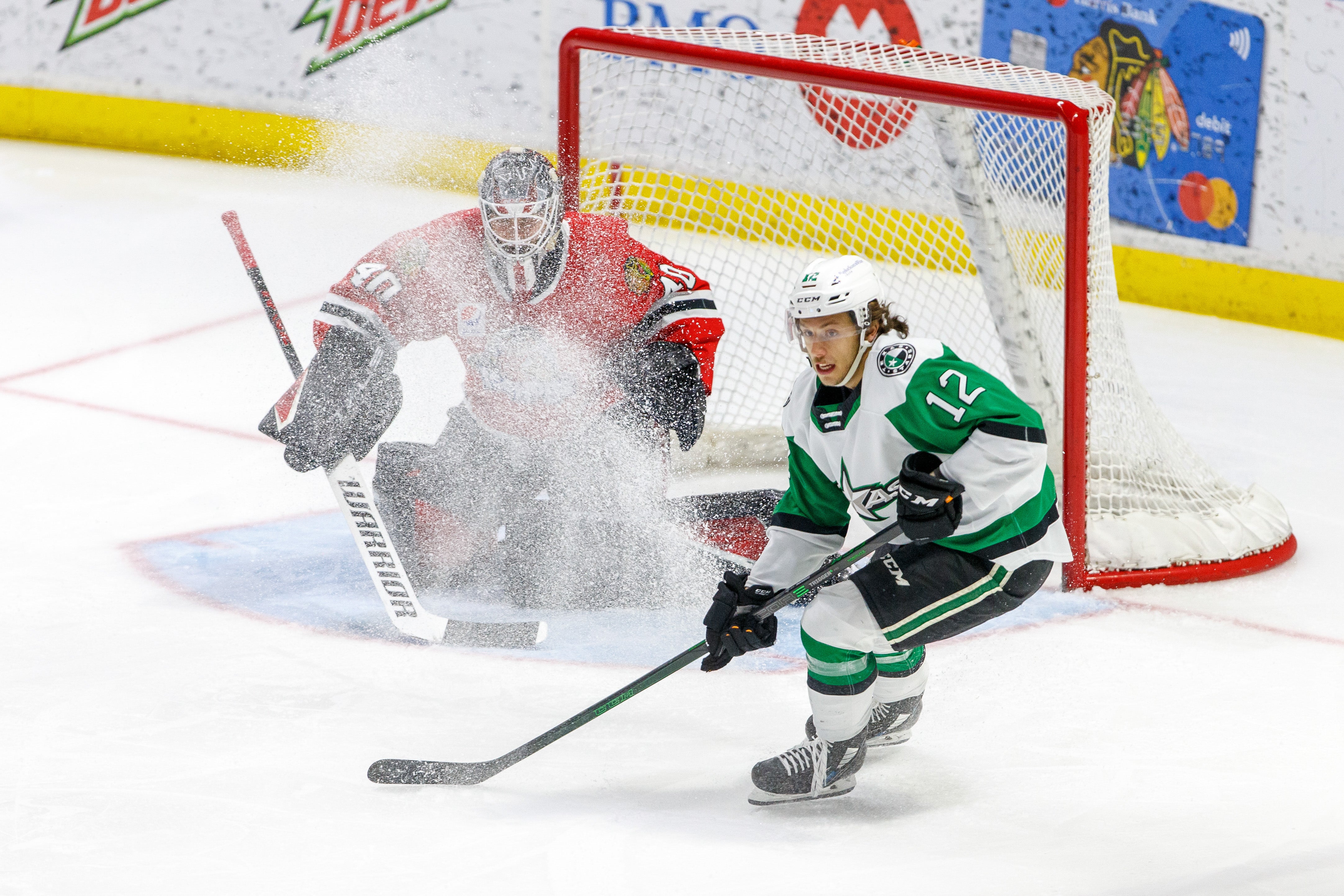 ROCKFORD, IL– The Texas Stars, American Hockey League affiliate of the NHL’s Dallas Stars, lost a heartbreaker 1-0 in overtime to the Rockford IceHogs Friday in game two of a best-of-three first round series at BMO Harris Bank Center. The IceHogs won the series two games to none to advance to the Central Division Semifinals, ending the Stars season.

The Stars jumped all over the IceHogs in the opening period to a 16-3 shots advantage, but Arvid Soderblom stood tall for Rockford as he kept the game scoreless heading into the first break.

Both teams generated 11 shots in the middle period, but the score stayed 0-0 heading into the third. Soderblom had 27 saves through 40 minutes, while Texas goaltender Matt Murray had 15 saves in the first two periods.

Following a scoreless third period, Dylan McLaughlin fired a shot from the top of the left circle 56 seconds into overtime that beat Murray through a screen, sending Rockford to the second round.

Texas Stars 2022-23 season tickets are on sale now. To reserve your seats or get more information, visit www.texasstars.com/tickets or call 512-GO-STARS.