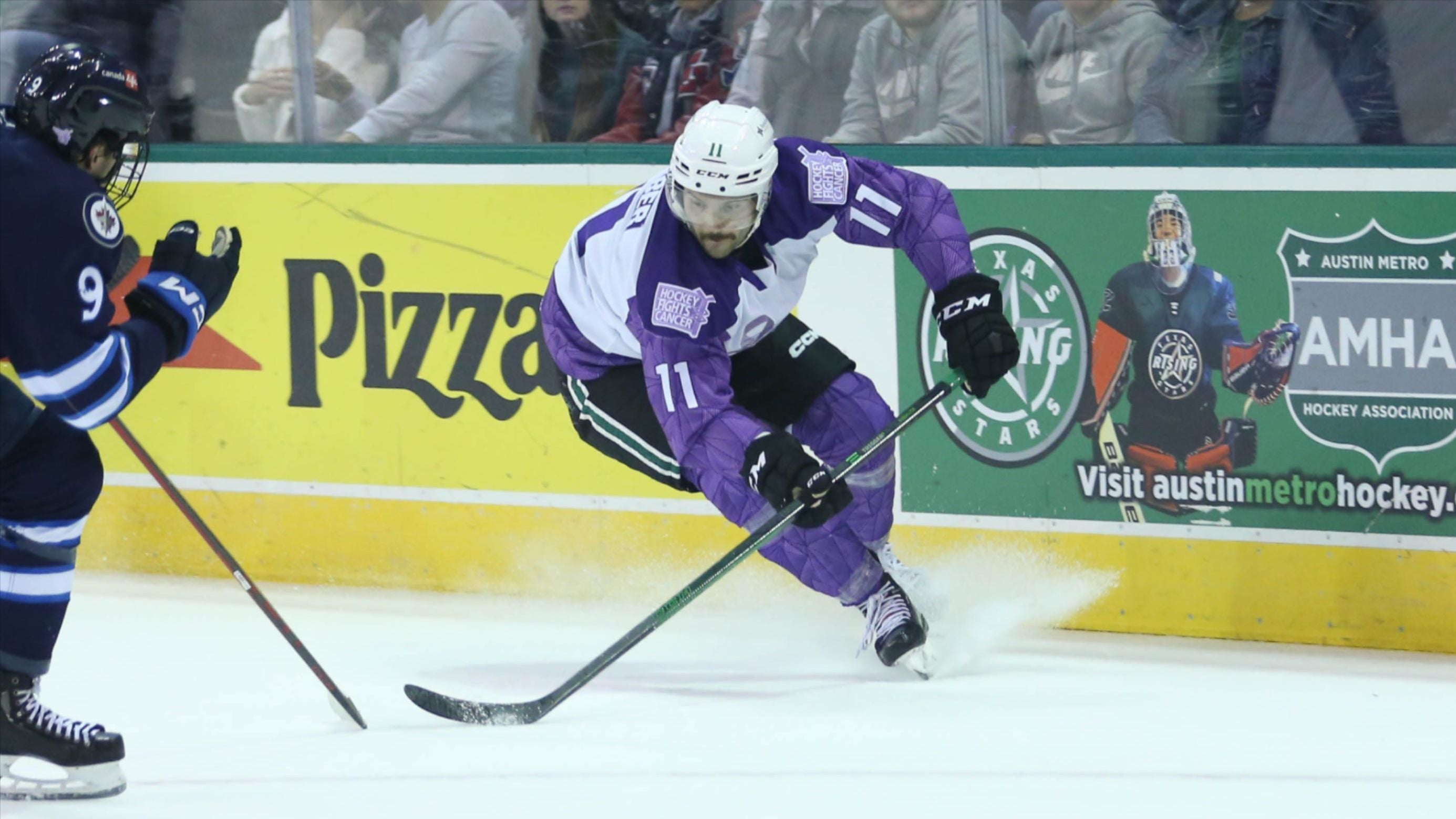 Texas Fights Back to Salvage Point in Shootout Loss

CEDAR PARK, Texas – The Texas Stars, American Hockey League affiliate of the NHL’s Dallas Stars, eliminated an early three-goal deficit before falling 4-3 in a shootout while hosting the Manitoba Moose Saturday night at the H-E-B Center at Cedar Park.

Manitoba dominated play out of the gate, scoring three goals in the first five minutes. Greg Meireles opened the scoring 18 seconds in when he beat Stars’ netminder Adam Scheel with a backhand wraparound goal. The Moose continued on with their early tear when Wyatt Bongiovanni tapped in a second goal at 2:13 before Alex Limoges forced a Texas goaltending change after a third Moose goal at 4:22. However, the final 15 minutes of the period belonged to the Stars offensively as they climbed back into the fight with goals by Jacob Peterson at 15:35 and Rhett Gardner at 16:24, respectively. The first frame saw Texas outshoot Manitoba 17-8.

The second period was a quiet one that saw no scoring as Texas continued to trail Manitoba 3-2 while grasping a 28-14 advantage in shots on goal. The Stars outshot the Moose 11-6 in the middle frame.

In the third, Ben Gleason tied the game 3-3 at 7:21 when he drove the net from the left wall where he toe-dragged past a Manitoba defender and beat Oskari Salminen over the blocker. Gleason’s fourth goal of the season completed the three-goal comeback to even it and forced overtime for a second straight night in Cedar Park.

Following a scoreless overtime, Tanner Kero struck first with the only goal for Texas in the shootout. After Limoges scored in the second round to tie it, Isaac Johnson walked it off by scoring in the fifth round for a 2-1 victory in the shootout and 4-3 edge in the contest.

In goal to pick up the win for the Moose was Salminen after stopping 39 of 42 shots. Between the pipes for the Stars, Murray stopped each of the 15 shots he saw in relief on the way to the shootout loss.

Due up for the Stars is the first of three six-game road swings this season. The road trip begins in Rockford Wednesday with a 7:00 p.m. game against the IceHogs at BMO Center in Illinois.