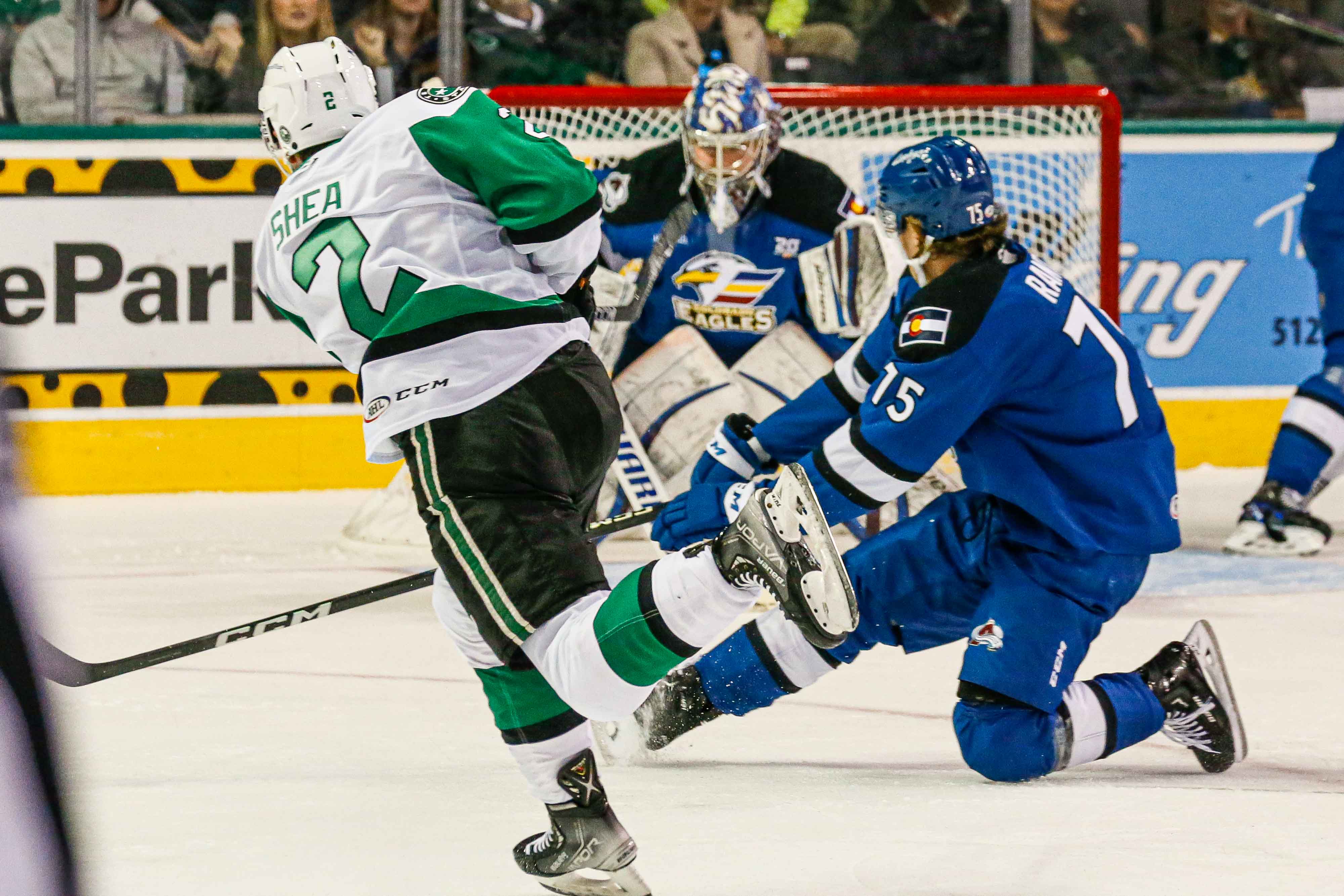 CEDAR PARK, TX – The Texas Stars, American Hockey League affiliate of the NHL’s Dallas Stars, fell in the 2022-23 regular-season opener 6-3 to the Colorado Eagles at the H-E-B Center at Cedar Park, Friday night.

The Eagles struck first on the power play when Martin Kaut ripped a wrist shot through Matt Murray’s five-hole 2:30 into the opening period. Mavrik Bourque evened the score at the 9:06 mark when his shot from the slot found the back of the net. Colorado reclaimed the lead a short while later at 11:12 when Charles Hudon picked up a rebound in the slot and capitalized to make it 2-1. The Eagles carried the one-goal lead into the first intermission with a 17-4 advantage in shots on goal.

Despite a more evenly played second period that saw both sides record 10 shots on goal, Colorado came out on top again. The Eagles claimed a 3-1 scoring advantage in the middle period to extend their lead to 5-2. Colorado struck first with Kaut and Hudon tallying their second goals of the night at the 4:18 and 11:25 marks of the middle period, respectively. The Stars then answered to shrink the deficit to 4-2 when Matej Blumel shoved his first AHL goal across the goal line after it snuck through Eagles’ netminder Justus Annunen’s pads after an initial shot from Thomas Harley. Second period scoring concluded with Eagles’ forward Jean-Luc Foudy scoring to make it 5-2 at the 16:18 mark.

Texas mounted a comeback effort in the third period and outshot the Eagles 10-7. The period began with an early goal by Riley Barber off a wrist shot through a screen from the right point 54 seconds into the period. However, that was all the scoring Texas could muster up in the final period and the game ended with Colorado prevailing 6-3 thanks to an additional empty-net goal scored by Callahan Burke with 1:28 remaining.

Annunen stopped 21 of 24 shots en route to the win for the Eagles. On the other end, Murray made 28 saves on the 33 shots he faced.

The Stars are back in action for the two-game series rematch Saturday night at 7:00 p.m. back in the H-E-B Center at Cedar Park.