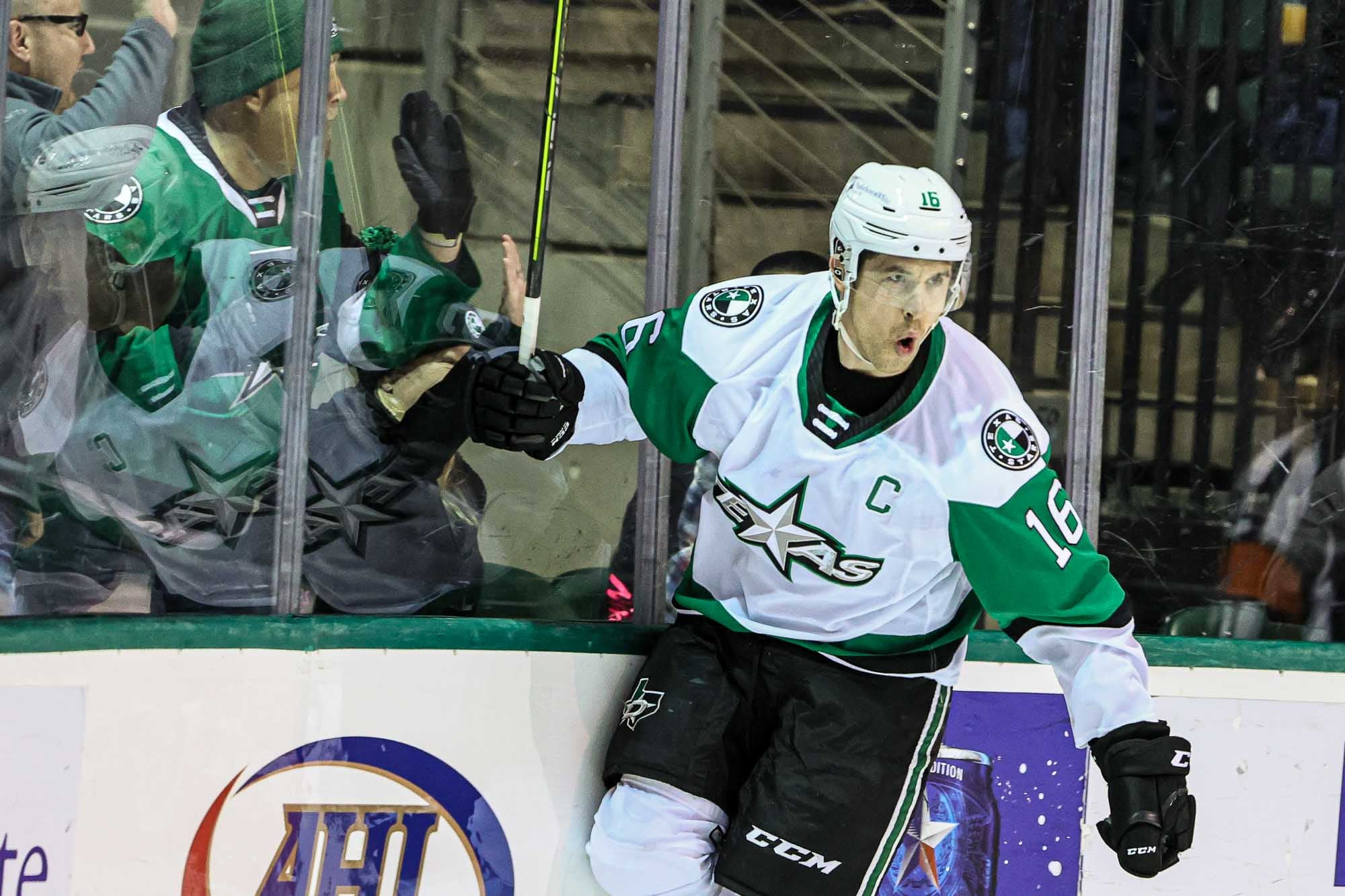 Riley Tufte sent teddy bears flying onto the ice 8:58 into the contest after tapping in a backdoor feed from Thomas Harley on the Stars’ Teddy Bear Toss Night at the H-E-B Center at Cedar Park. Following a short delay to clear the ice of the bears, captain Curtis McKenzie shelfed a backhand shot over Zachary Sawchenko’s left shoulder at 14:35 to put Texas up 2-0. Chicago later cut the deficit in half when Alexander Pashin scored on a breakaway at 16:06. Carrying a 2-1 lead into the first intermission, the Stars were outshooting the Wolves 12-8.

Wolves’ forward Blake Murray opened the second period scoring at 14:55 to even the game 2-2 when his wrist shot from the right dot beat Matt Murray on the far side. However, before the middle period ended, Riley Barber found a rebound in the slot and buried it at 17:29 for his team-leading 12th goal of the season. While limiting Chicago to two shots on goal in the second period, Texas recorded 11 and owned a 23-10 overall advantage after 40 minutes of play.

The third period saw Fredrik Olofsson provide insurance when he beat Sawchenko from the high slot to extend the Stars’ lead to 4-2 at the 4:10 mark. Texas went on to claim a 5-2 victory over Chicago thanks to an empty-net tally by McKenzie with 54 seconds remaining to ice the game.

Between the pipes for the Stars, Murray improved to 4-4-1 in the win that saw him make 17 saves on 19 shots. For the Wolves, Sawchenko stopped 27 of the 31 shots he saw.

In their next action, the Stars rematch the Wolves Saturday at 7:00 p.m., looking for a two-game sweep in the series finale at the H-E-B Center at Cedar Park.