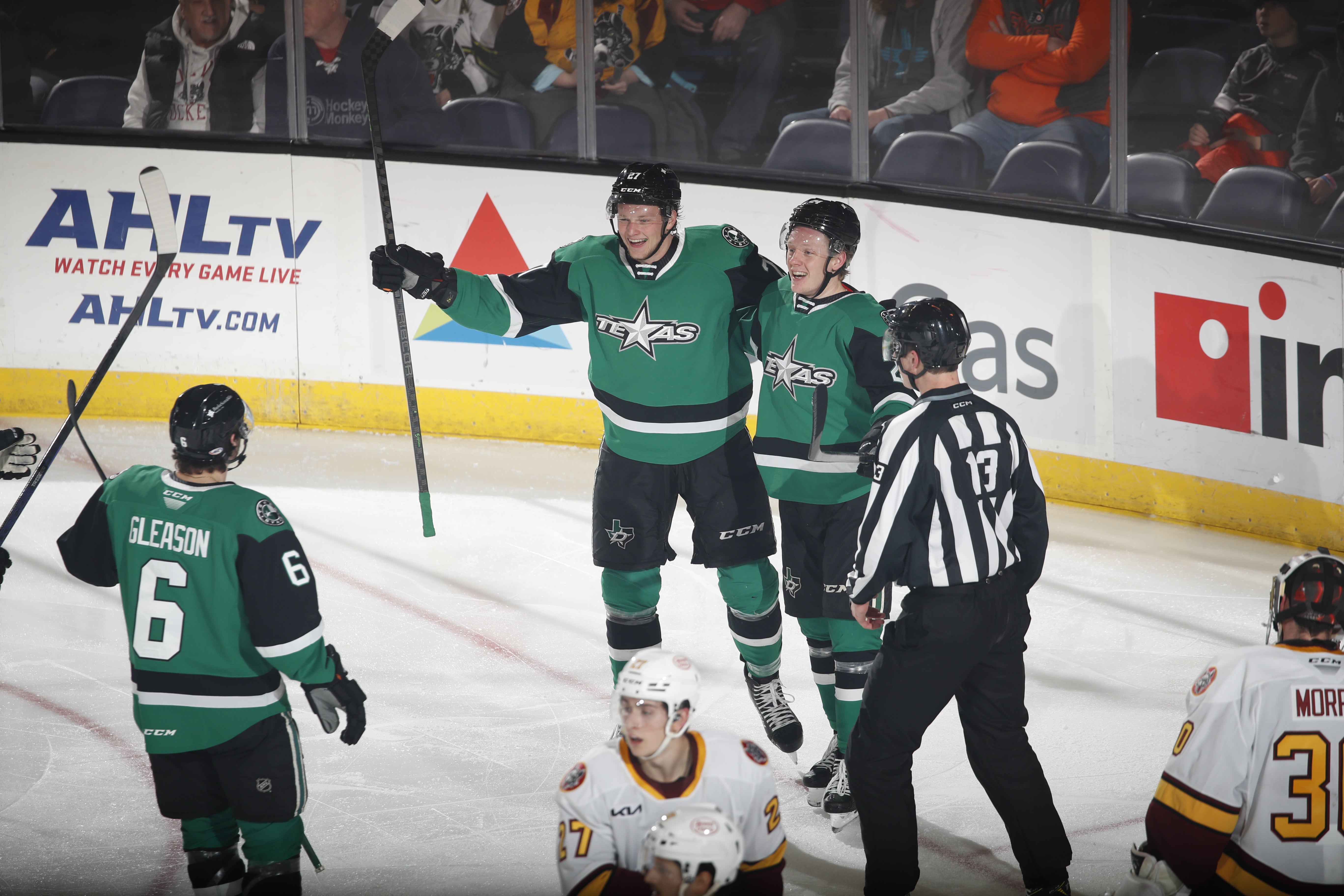 ROSEMONT, Illinois – The Texas Stars, American Hockey League affiliate of the NHL’s Dallas Stars, picked up their second win in a row to complete a road sweep over the Chicago Wolves with a 5-1 victory Saturday night at Allstate Arena.

Texas dominated action in the first period, outshooting Chicago 12-2 before carrying 1-0 advantage into the first intermission. Marian Studenic broke the scoreless tie with 44 seconds remaining in the frame when he picked up his own rebound before scoring from the goal line following a pair of assists by Curtis McKenzie and Oskar Back.

In the second period, Riley Tufte had a shot from the point by Ben Gleason deflect off his breezers and in, which increased the Stars’ lead to 2-0 at 2:53. Then, making it 3-0 at 5:05 was Jacob Peterson scoring his fourth goal of the season on a shot off a two-on-one rush that beat netminder Cale Morris blocker-side. After Alexander Petrovic matched a single-season career high by scoring his fifth goal at 18:17 to make it 4-0, Chicago forward Josh Melnick tipped in a shot at 19:29 to cut the deficit to 4-1. After the middle period, where both sides registered nine shots on goal, Texas grasped a 21-11 advantage in shots.

At 11:12 of the third period, Studenic buried another rebound for his second goal of the night, which extended the lead to 5-1. Texas ultimately held on there for a four-goal victory over Chicago and their first series sweep over an opponent since defeating Iowa in Des Moines Oct. 21-22.

Coming out on top between the pipes for the Stars, Anton Khudobin made 17 saves on 18 shots to improve to 6-2-2 on the season. For the Wolves, Morris stopped 24 of the 29 shots he faced.

Texas is back in action Tuesday night in Milwaukee for the third stop on their current six-game road stretch. Opening face-off between the Stars and Admirals at UW-Milwaukee Panther Arena is set for 7:00 p.m. CST.