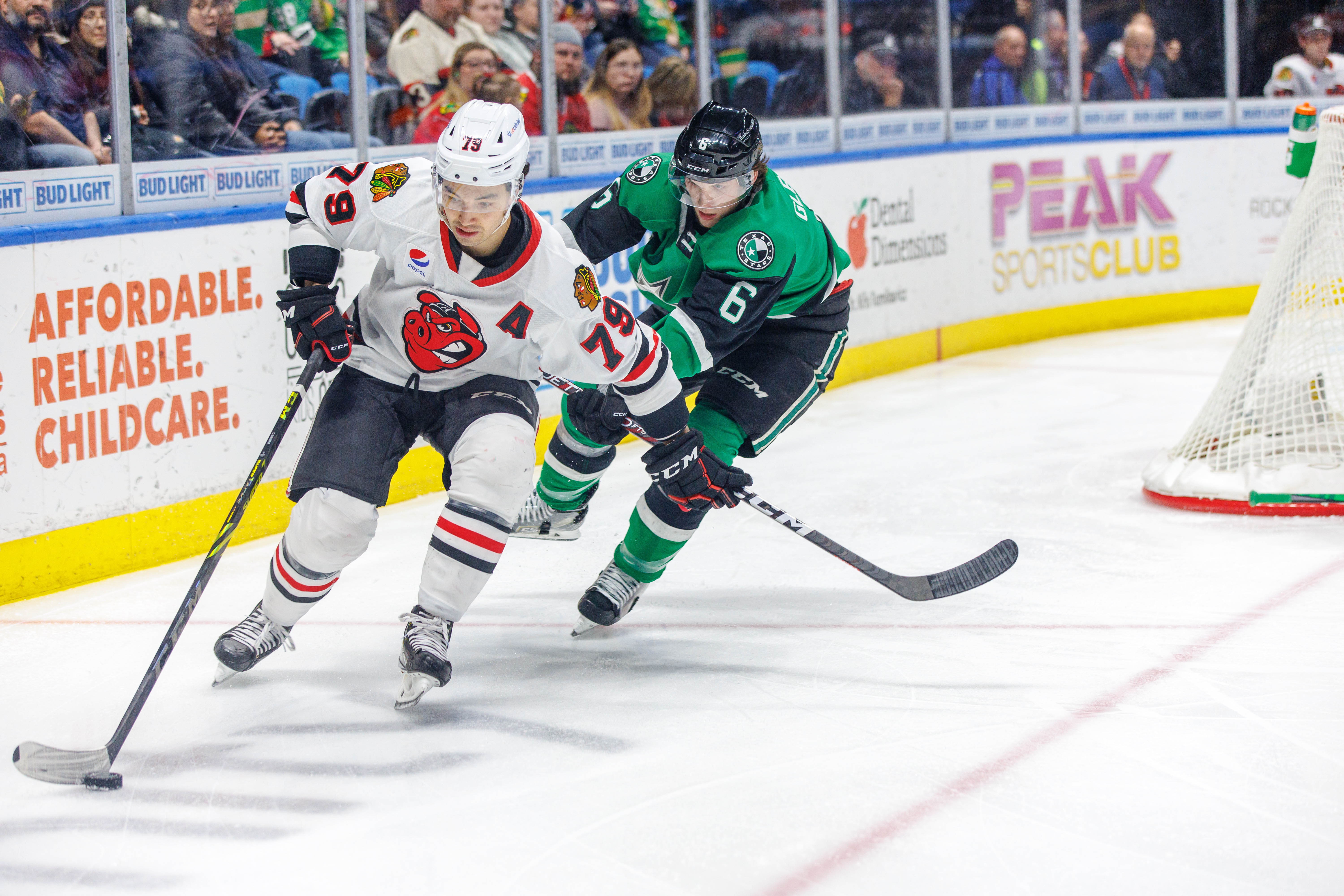 Rockford kicked off the scoring in the opening period when Luke Philp chipped the puck up and over Anton Khudobin from the slot with three seconds remaining on a power play at 7:36. With shots even 11-11 after 20 minutes of play, the IceHogs were grasping a 1-0 lead over the Stars.

The Stars evened the score at one when Thomas Harley fired in his sixth goal of the season from the right point past Jaxson Stauber 3:13 into the middle period. Following goals 1:04 apart, first from Stars’ captain Curtis McKenzie at 8:08 moments before D.J. Busdeker tied the game at 9:12, Texas and Rockford were all squared up 2-2 after two frames in Illinois. The Stars carried a 25-15 advantage in shots into the second intermission after outshooting the IceHogs 14-4 in the second frame.

The third period saw IceHogs’ forward David Gust score to give Rockford a 3-2 lead at 4:58 before McKenzie struck again with his second goal of the night at 10:04 to even the score at three. McKenzie’s 13th goal of the season was enough to force overtime, which also allowed Texas to extend its’ point streak to 12 games.

In the extra session, Rockford moved to a perfect 5-0 record in overtimes this season after Lukas Reichel beat Khudobin with a high wrist shot from the slot off a rush at 1:11.

Picking up the win between the pipes, Stauber stopped 33 of the 36 shots he faced for Rockford. For Texas, Khudobin was handed the overtime loss to fall to 11-3-3 after making 16 saves on 20 shots.

Texas heads to Michigan next for a Friday-Saturday weekend slate against the Grand Rapids Griffins. Both games in the series are scheduled for 6:00 p.m. CT at Van Andel Arena.