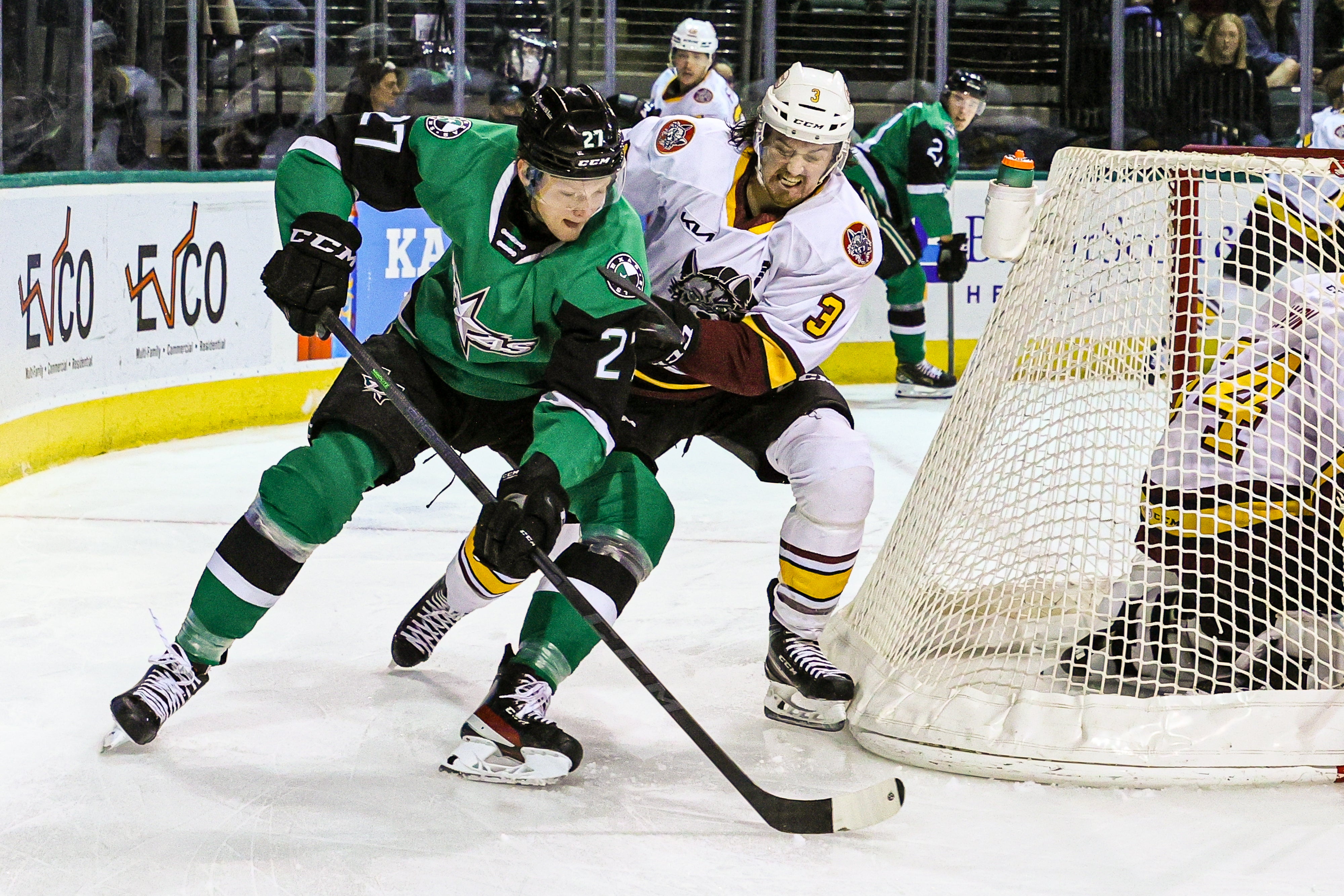 CEDAR PARK, Texas – The Texas Stars, American Hockey League affiliate of the NHL’s Dallas Stars, saw a 2-0 lead disappear in a 4-3 loss to the Chicago Wolves Friday at the H-E-B Center at Cedar Park.

After back-to-back successful penalty kills, Texas went on a 5-on-3 power play and capitalized twice to take a 2-0 lead late in the opening period. Joel L’Esperance ripped a shot from the slot past Pyotr Kochetkov on the 5-on-3. Kochetkov replaced starter Alex Lyon, who left with an apparent injury halfway through the frame.

The Stars made it 2-0 on the ensuing 5-on-4 power play when L’Esperance slid a centering pass onto the stick of Tanner Kero, who tapped the puck into an open cage. Late in the period, Chicago cut their deficit in half when Chris Bigras snuck a point shot through traffic that trickled past Matt Murray to make it 2-1.

Chicago tied the game just 3:23 into the second period when Ivan Lodnia snapped a one-timer past Murray from low in the slot. The Wolves outshot the Stars 9-5 in the middle stanza and the two teams entered the third period tied at 2-2.

Lodnia scored his second of the game 3:57 into the third period to give Chicago their first lead. Fredrik Karlstrom answered with his fourth goal in the last six games for Texas when Curtis McKenzie found him open in front of the net. But the Wolves went back in front with 5:28 to go when Spencer Smallman fired a one-timer from the right circle and fooled Murray.

Kochetkov stopped 12 of 15 shots in relief to earn his 12th win in 14 appearances this season. Murray suffered his first loss with 26 saves on 30 shots.

The Stars finish off their regular season home schedule against the Chicago Wolves Saturday at 7:00 p.m. at the H-E-B Center at Cedar Park. Tickets are available at www.texasstars.com/tickets. Texas then embarks on its final road trip of the season with four road games left.