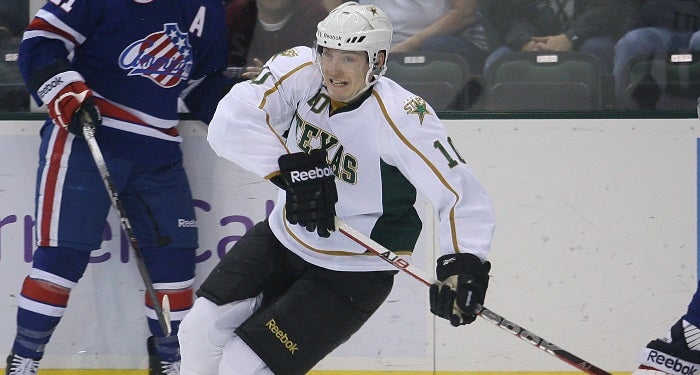 The Dallas Stars acquired Hauswirth in a trade with the Florida Panthers on December 7. Dallas sent forward Krys Barch to Florida in exchange for Hauswirth and a sixth-round pick. The 6-foot-5, 215-pound right wing is in his third pro season, spending the first two pro years in the ECHL with Cincinnati and South Carolina. Hauswirth played in 19 games with the Laredo Bucks of the CHL this season. The right wing has six goals and seven assists for 13 points in 19 games played. In all, the Merrill, WI native has played in 130 pro games, scoring 35 goals and totaling 75 points.

The Stars will visit the Houston Aeros on Friday, December 16th for a 7:35 p.m. faceoff. Texas returns home on Saturday, December 17th at 7:00 p.m. to take on the Rochester Americans. The first 3,500 fans to the game will receive a Texas Stars fleece blanket courtesy of HEB. Saturday also features the State Farm Family Four Pack, consisting of four tickets, four hot dogs and four sodas for $48. Texas rounds out its weekend with a 3:30 p.m. game at San Antonio.