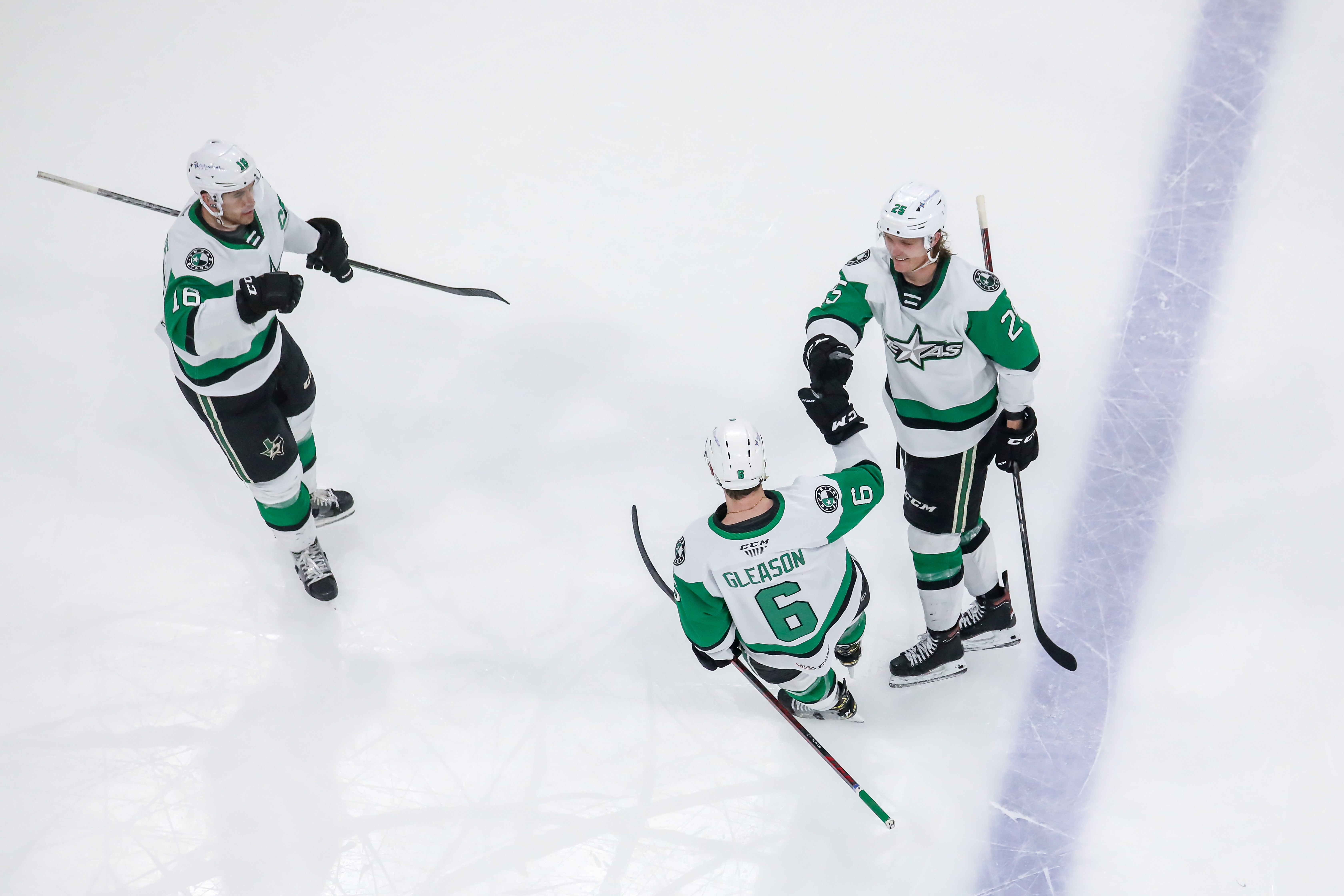 WINNIPEG, MB– The Texas Stars, American Hockey League affiliate of the NHL’s Dallas Stars, clinched a spot in the 2022 Calder Cup Playoffs with a 4-2 win over the Manitoba Moose in the Stars’ final game of the regular season Tuesday at Canada Life Centre.

The Moose jumped out to a 1-0 lead just 1:26 into the game when Daniel Torgersson banked a shot off of Matt Murray from the side of the net. Texas was unsuccessful on two first period power plays, but managed to tied the game at 1-1 with 2:54 left in the opening frame. Jordan Kawaguchi sent a backhander on net that Arvid Holm stopped, but Curtis McKenzie knocked in the rebound for his 50th point of the season.

Manitoba went back in front 4:28 into the middle frame when Dean Stewart sent a shot that banked in off of the back of Thomas Caron. Texas again had an answer early in a 5-on-3 power play when Ben Gleason fired a shot past Holm to even the score at 2-2 with 3:58 left in the second period. The teams skated into the third period even at 2-2.

The Stars jumped in front 3-2 when Anthony Louis snapped a power play goal off the crossbar and in with just 7:46 to play. Louis added a second power play strike with 3:49 for good measure as Texas put an exclamation mark on clinching their first playoff appearance since 2018.

Murray stopped 31 of 33 shots for his fifth win of the season and made 132 saves on 136 shots during the Stars’ four-game road trip, picking up four wins and the AHL’s Player of the Week honors.

Texas now awaits their opponent for the best-of-three play-in round of the Calder Cup Playoffs, depending on the results of this week’s games. The Stars will face either the Milwaukee Admirals or Rockford IceHogs. Stay tuned to www.texasstars.com for more information.