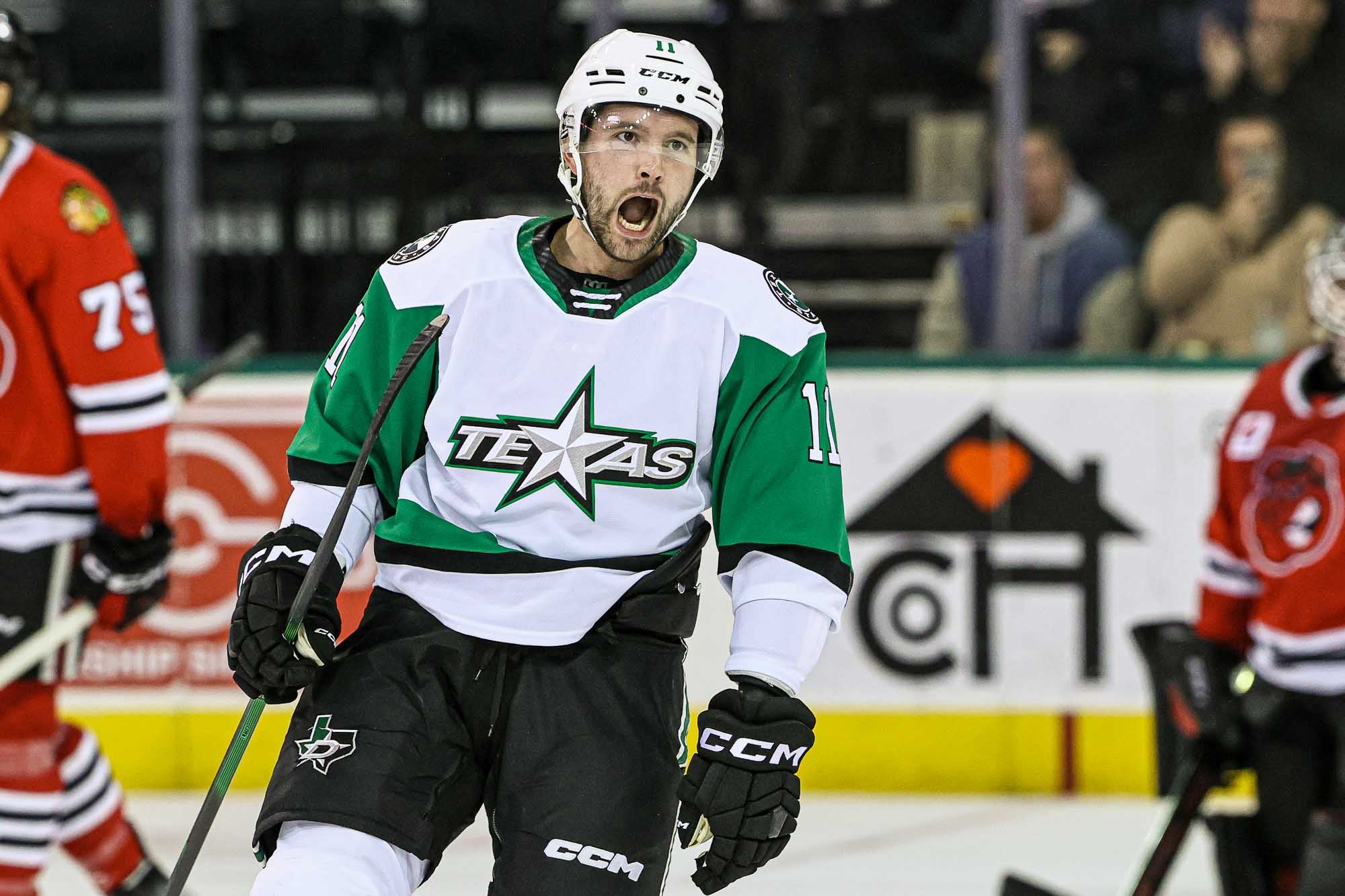 CEDAR PARK, Texas – The Texas Stars, American Hockey League affiliate of the NHL’s Dallas Stars, earned their eighth win in a row with a 6-1 victory over the Rockford IceHogs to open a two-game series Tuesday night at the H-E-B Center at Cedar Park.

Opening the scoring for Texas, Jacob Peterson tipped in a point shot by Ryan Shea at 14:09 of the first period to give the Stars a 1-0 lead. Despite leading 1-0 after the 20 minutes of play, the Stars trailed the IceHogs 9-3 in shots on goal.

Texas started the second period scoring at 4:06 as Riley Damiani buried a power-play goal take a 2-0 lead. The Stars extended their lead to three goals 4:16 later when Tanner Kero deflected a Thomas Harley shot past Arvid Soderblom. Shortly after Marian Studenic potted a rebound as Texas stretched their lead to 4-0. With 8:36 left in the second frame, Riley Barber scored his team-leading 16th goal on a shot from the low slot which gave Texas a 5-0 advantage. Studenic scored the Stars’ fifth goal of the frame with 5:52 left in the period. In the middle frame, Texas outshot Rockford 10-8.

Rockford got on the board at 5:13 of the third as Buddy Robinson beat Anton Khudobin cutting the Texas lead to five. The IceHogs outshot the Stars 10-8 in the third and 27-21 overall. The victory extended Texas’ longest winning streak since they won 11 straight from March 15-April 12 during the 2013-14 season.

Improving to 10-3-2 on the season in the win, Khudobin made 26 saves on 27 shots. In goal for the IceHogs, Soderblom stopped seven of 12 shots, while Jaxson Stauber made eight saves on nine shots.

The Stars and IceHogs face-off again tomorrow at 7 p.m. for the final regular season game in Texas this year.