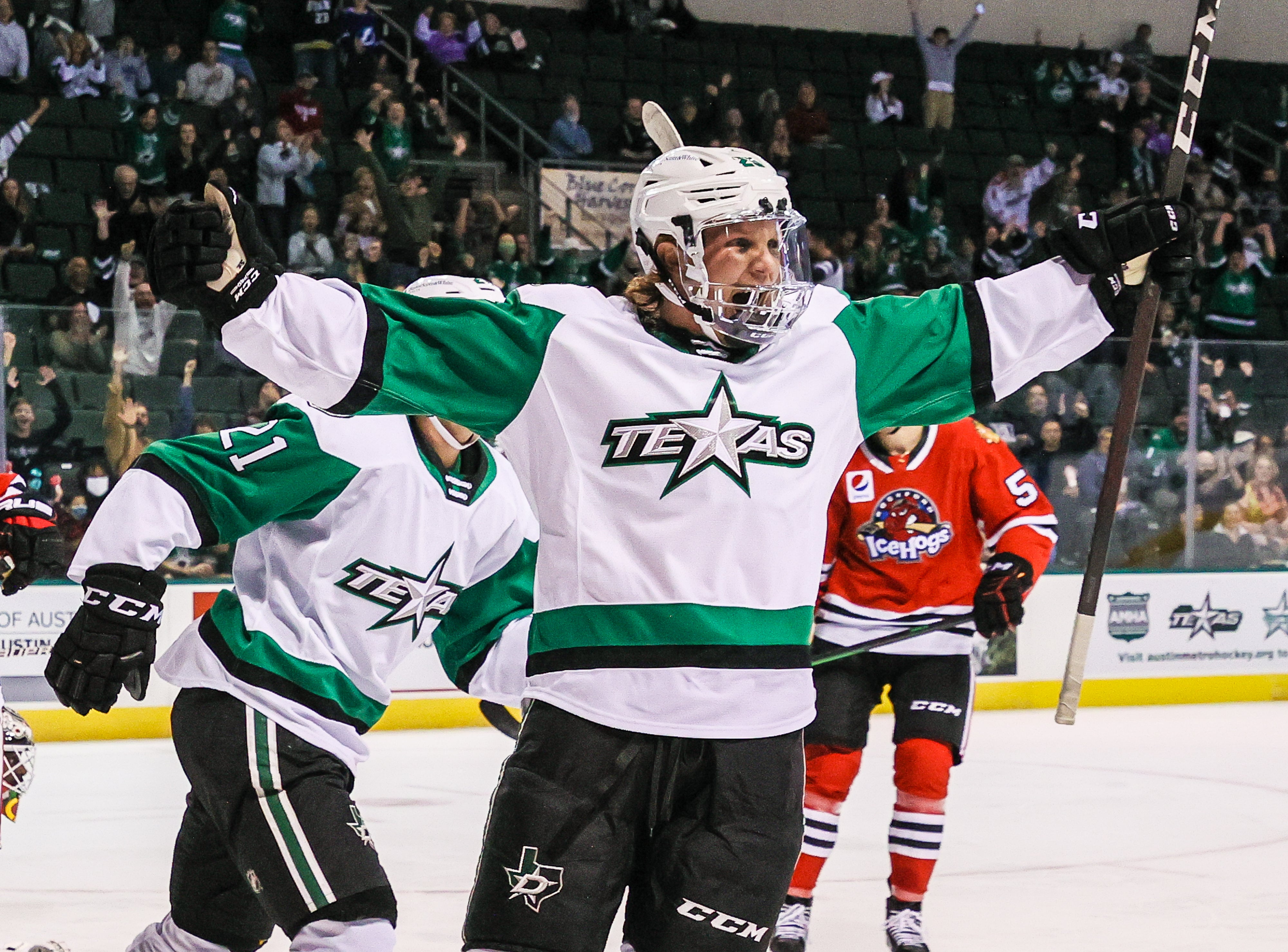 CEDAR PARK, Texas – The Texas Stars, American Hockey League affiliate of the NHL’s Dallas Stars, took down the Rockford IceHogs 4-1 Thursday night at H-E-B Center. Ty Dellandrea scored his first of the season while Jake Oettinger stopped 24-of-25 shots on the night.

Dellandrea opened his account eight minutes into the first period with a goal from right in front of the net, knocking home a rebound from a Ben Gleason shot that went off the post. Oskar Back also assisted on Dellandrea’s goal, for his first career AHL point. Just shy of three minutes later, Riley Tufte scored on a breakaway doubling the stars lead and collecting his second goal of the season. Moments later, Oskar Back thought he scored his first career AHL goal, but had it ruled out as playing the puck with a high stick. Texas closed out the first period outshooting Rockford 17-8.

In the second frame, the IceHogs cut the lead in half just 26 seconds in with a goal by Carson Gicewicz. However, Andreas Borgman regained Texas’ two goal lead with a tremendous finish all alone in front, beating goaltender Malcolm Subban with a backhander into the roof of the net.

The Stars defense locked things down for much of the final period. The IceHogs made their final push with 3 minutes to play by pulling Subban for an extra attacker, but Oettinger was unrelenting. Back added to his point total for the night with a last second wrap around empty net goal, making that his first AHL goal.

Oettinger made 24 saves on 25 shots to record his third win of the season in goal for Texas. Subban finished with 30 saves on 33 shots and took the loss for Rockford.

The Stars won consecutive games for the first time this season and improved to 3-2-0 on the year, while Rockford drops to 1-4-0. The Stars are back at H-E-B Center on Saturday, Oct. 30 as they face Rockford again for a 7 p.m. puck drop.