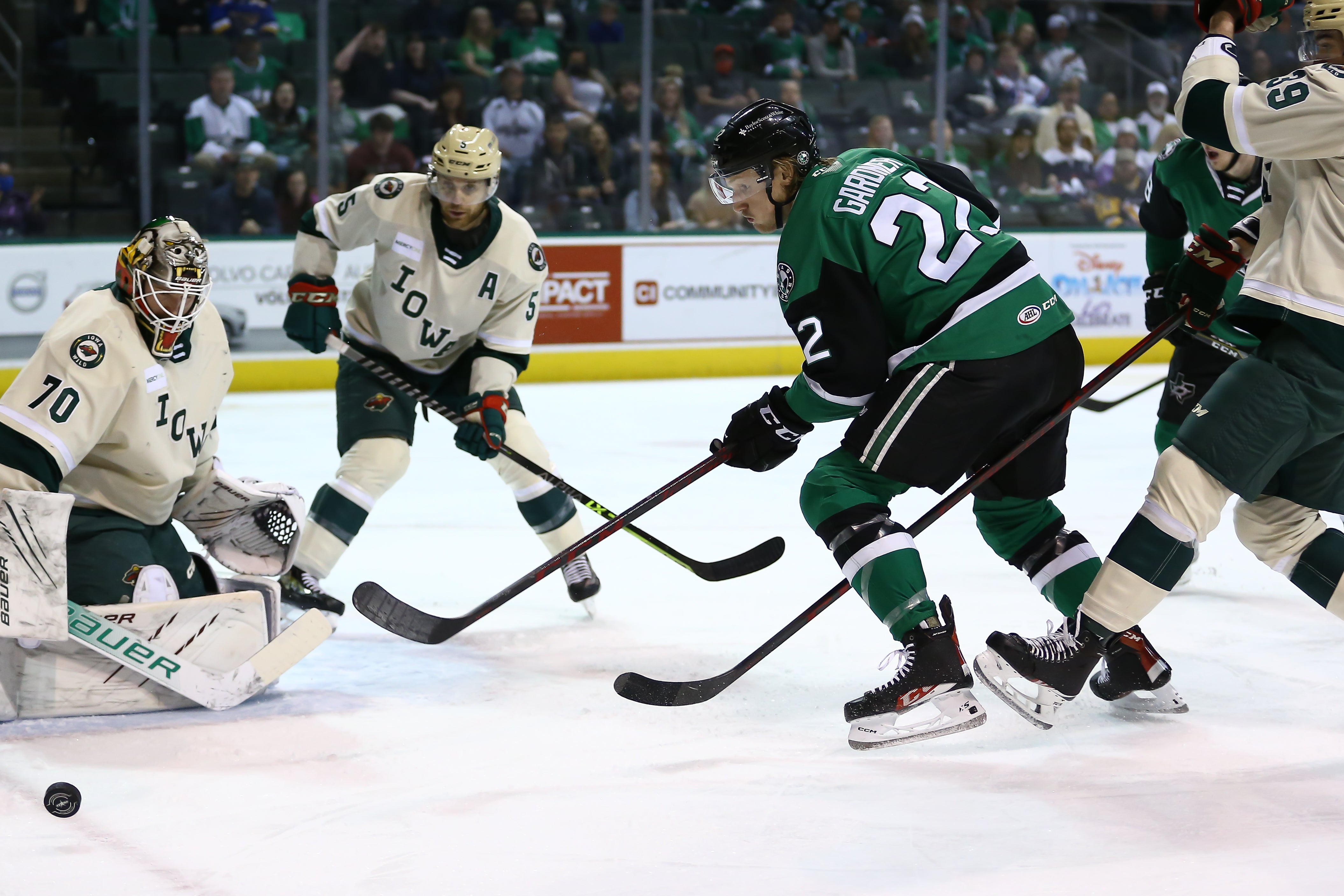 Stars Topped by Wild in a Shootout

CEDAR PARK, Texas – The Texas Stars, American Hockey League affiliate of the NHL’s Dallas Stars, never trailed until the sixth round of the shootout Saturday in a 4-3 loss to the Iowa Wild at the H-E-B Center at Cedar Park.

The Stars opened the scoring for the sixth consecutive game when Fredrik Karlstrom snapped a shot over the glove of Zane McIntyre into the top corner of the net. Texas was unsuccessful on two first period power plays, but outshot the Wild 13-8 in the frame and led 1-0 heading into the first break.

Joe Hicketts tied the score just 2:54 into the second period for Iowa when he skated through the slot and lifted a backhander past Adam Scheel. Late in the frame, Stars captain Curtis McKenzie finished off a give-and-go passing play with Tanner Kero and buried a shot past McIntyre to give Texas a 2-1 lead after 40 minutes.

Iowa quickly tied the game when Kyle Rau tipped a point shot past Scheel 44 seconds into the third period. Rhett Gardner briefly put the Stars back in front for the third time, but Cody McLeod answered 61 seconds later to make it 3-3 and force overtime.

Following a scoreless overtime period, Tanner Kero and Connor Dewar exchanged goals in the first round of the shootout. Scheel and McIntyre then stopped the next four shooters they each faced. In the sixth round, McIntyre stopped L’Esperance and Nick Swaney managed to beat Scheel to give Iowa the 4-3 win.

Texas and Iowa collide again Sunday at 5:00 p.m. at the H-E-B Center at Cedar Park. Tickets are available at www.texasstars.com/tickets.