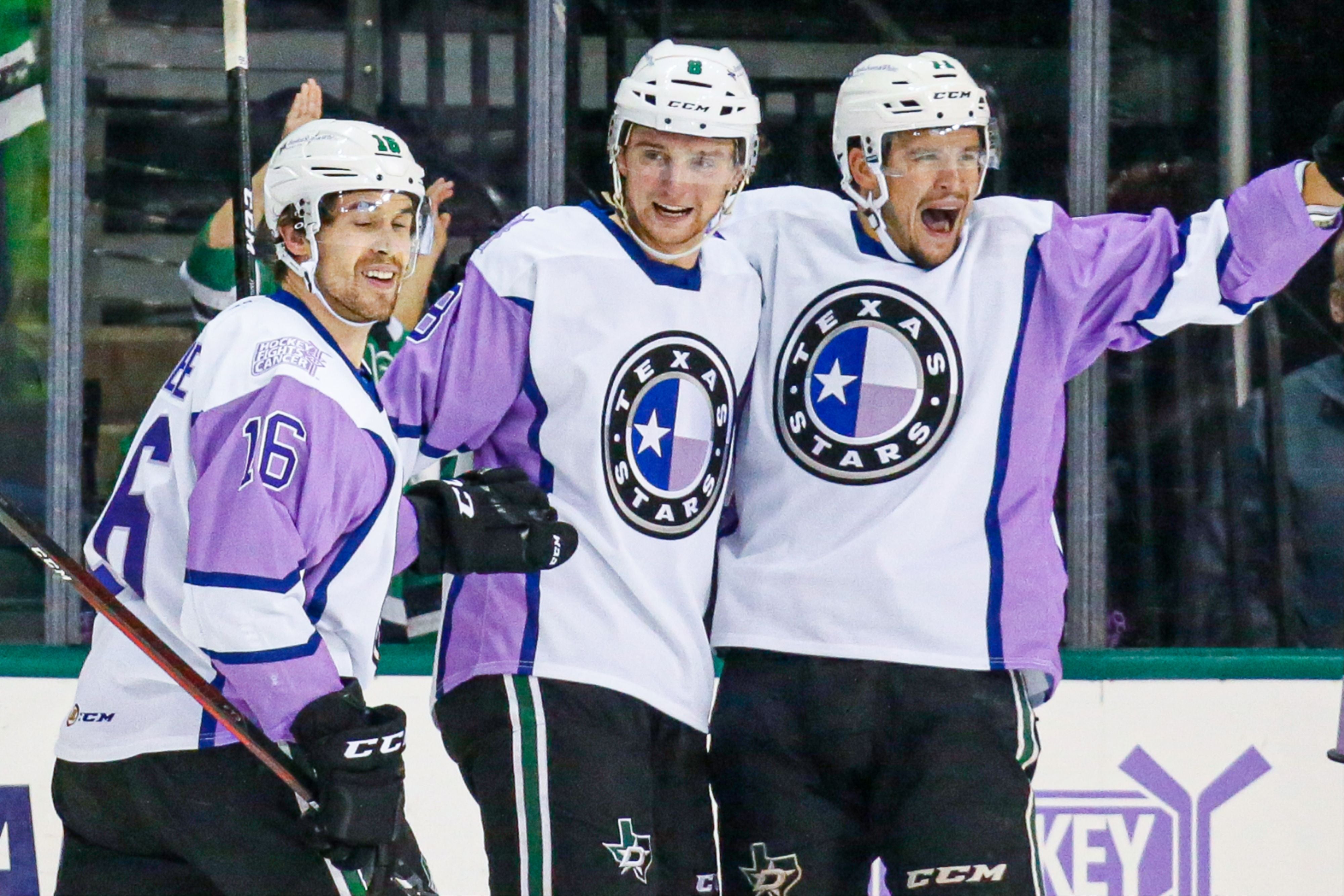 CEDAR PARK, TX – The Texas Stars, American Hockey League affiliate of the NHL’s Dallas Stars, picked up a thrilling 4-3 overtime win Saturday over the Grand Rapids Griffins thanks to a goal from Ben Gleason just 27 seconds into the extra frame at H-E-B Center at Cedar Park.

At the start of the first, Grand Rapids went to the box for slashing, the Stars went on the power play at 4:22. Joel L’Esperance passed the puck to Riley Damiani who shot one at the top of the circle that flew past Calvin Pickard to make the score 1-0. With 3 minutes remaining in the first, Oskar Back caught the rebound off Pickard’s pad and buried it, giving the Stars the 2-0 lead. Just one minute later, Grand Rapids responded with a goal by Jonatan Berggren cutting the lead in half.

In the second period, Damiani was sent to the box for slashing and the Stars went on the penalty kill. Josh Melnick stole the puck from the Griffins and skated it up ice, releasing a shot in the slot that resulted in a shorthanded goal. The Stars held a 3-1 lead at the end of the middle frame.

The third period remained the same for 15 minutes of the third. With about five minutes remaining in the period, Kyle Criscuolo brought the Griffins back within one with a crafty move in the slot to beat Adam Scheel. Less than one minute later, Berggren snuck another goal past Scheel, tying up the game.

In the first 30 seconds of overtime, Ty Dellandrea passed the puck across to Gleason who snipped a shot past Pickard, giving the Stars the overtime win 4-3.

Scheel stopped 31 of 34 shots on the night and collected his first win of the season for the Stars.