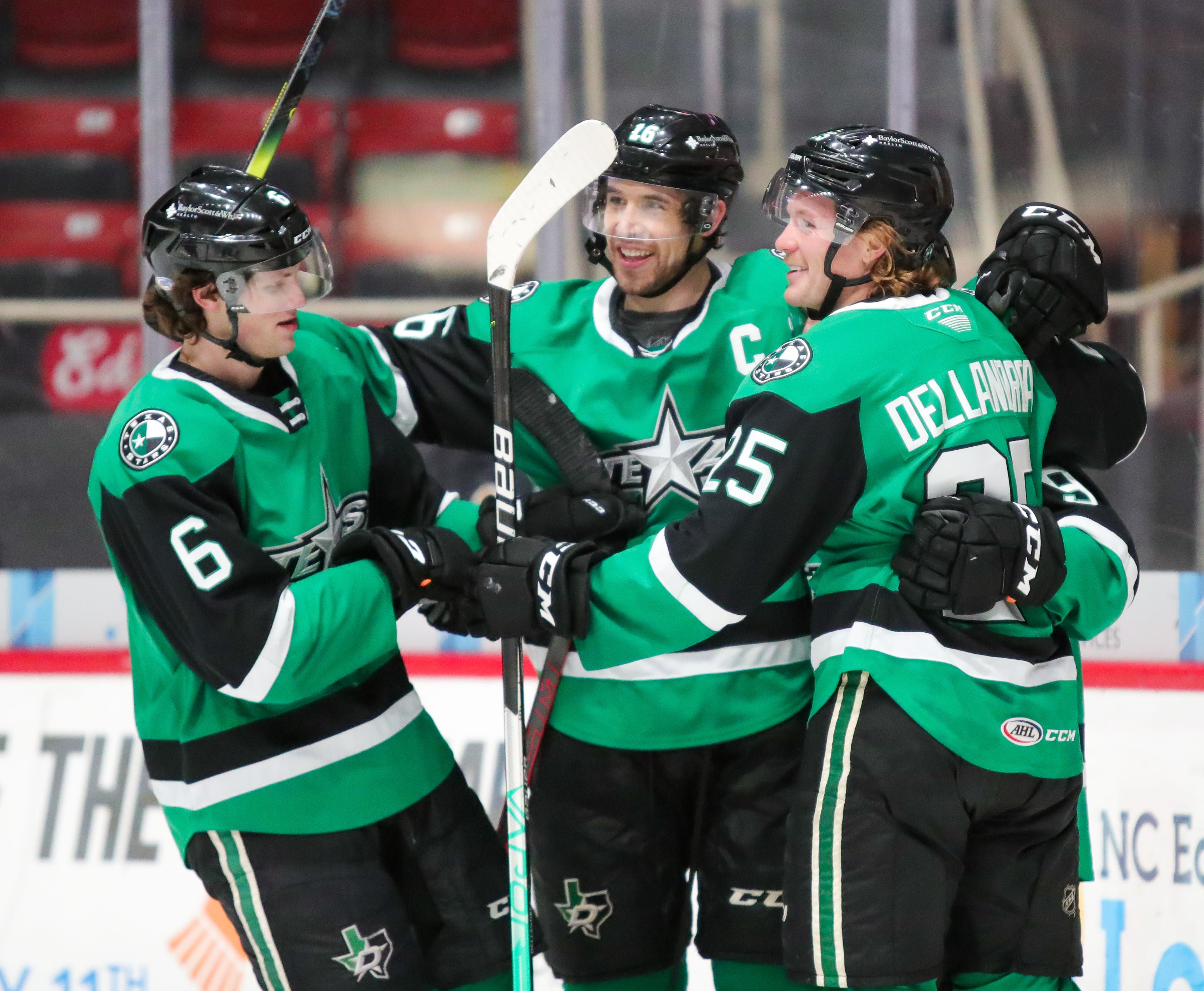 For the second straight game, Texas jumped out to a 1-0 lead in the opening minute of play. Will Merchant found a loose puck in the crease and knocked it in for his first AHL goal just 32 seconds in. The goal was the Stars’ fastest to start a game this season. Curtis McKenzie then capitalized on a rebound late in the Stars first power play to make it 2-0.

The Checkers responded with two goals just 53 seconds apart to tie the game at 2-2 during the middle part of the first period. Connor Carrick fired a one-timer past Matt Jurusik on Charlotte’s first power play to make it 2-1. Kole Lind then tied it on a deflection in the slot.

Charlotte took the lead during a second period power play when Cale Fleury sent a shot through traffic from the point to make it 3-2, but Jeremy Gregoire answered with back-to-back goals late in the middle frame to push Texas back in front. The goals were Gregoire’s second and third of the season.

The two teams skated scoreless through the final seven minutes of the final period until the Checkers tied the game for a third time, when Aleksi Heponiemi redirected a shot past Jurusik. Just over a minute later, Joel L’Esperance put the Stars back ahead when he scooped a rebound and shot it over the pad Checkers goaltender Devan Dubnyk. Ty Dellandrea then buried a rebound on a power play shortly after the previous goal to make it 6-4. Texas’ power play went three-for-three on the weekend and has scored five times on its last six opportunities.

The Checkers scrambled with the goalie pulled late in regulation and beat the buzzer to make it 6-5, but Texas closed out the victory in Jurusik’s first start.

Texas next travels to Milwaukee for the first matchup of the season with the Admirals on Wednesday at UW-Milwaukee Panther Arena.