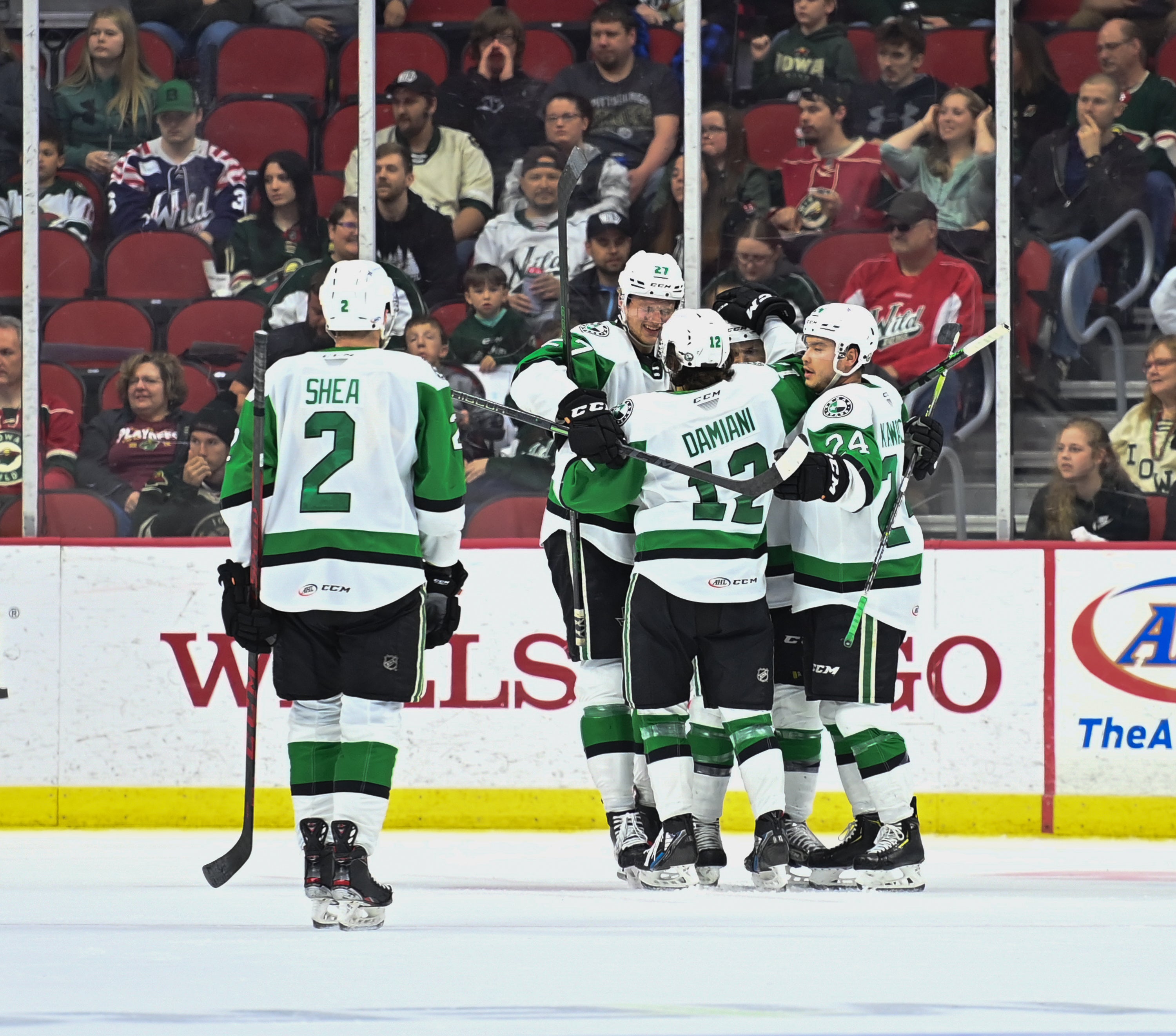 Stars Sweep Wild to Inch Closer to a Playoff Berth

DES MOINES, IA– The Texas Stars, American Hockey League affiliate of the NHL’s Dallas Stars, completed a weekend sweep of the Iowa Wild in regulation Saturday with a 2-1 win at Wells Fargo Arena to inch closer to the team’s first playoff berth since 2018.

Much like Friday night, the goaltenders stole the show in the first period Saturday. The Stars outshot the Wild 15-10, as Zane McIntyre stopped all 15 Texas shots and Matt Murray stopped all 10 Iowa chances.

The Wild broke the 0-0 tie midway through the second period when Kyle Rau cashed in on a loose puck that he lifted over Murray’s left pad from the edge of the crease. Less than two minutes later, the Stars tied the score when Tanner Kero swept the puck past McIntyre from the edge of the crease on a Texas power play. The Stars held a 29-18 shots advantage heading into the third as the teams stayed deadlocked 1-1.

Alex Petrovic put Texas in front with a blast from the point off of a faceoff win with just 5:51 left in regulation. Murray stopped all 16 shots he faced in the third period and turned away 33 of 34 in the game to earn his third straight win.

Texas’ magic number to clinch a spot in the Calder Cup Playoffs is now one. The Stars can clinch if Iowa loses to Rockford Sunday or Wednesday, or if the Stars pick up a point in Manitoba Tuesday.

The Stars head to Winnipeg for their final regular season game against the Manitoba Moose at 7:00 p.m. Tuesday at Canada Life Centre.