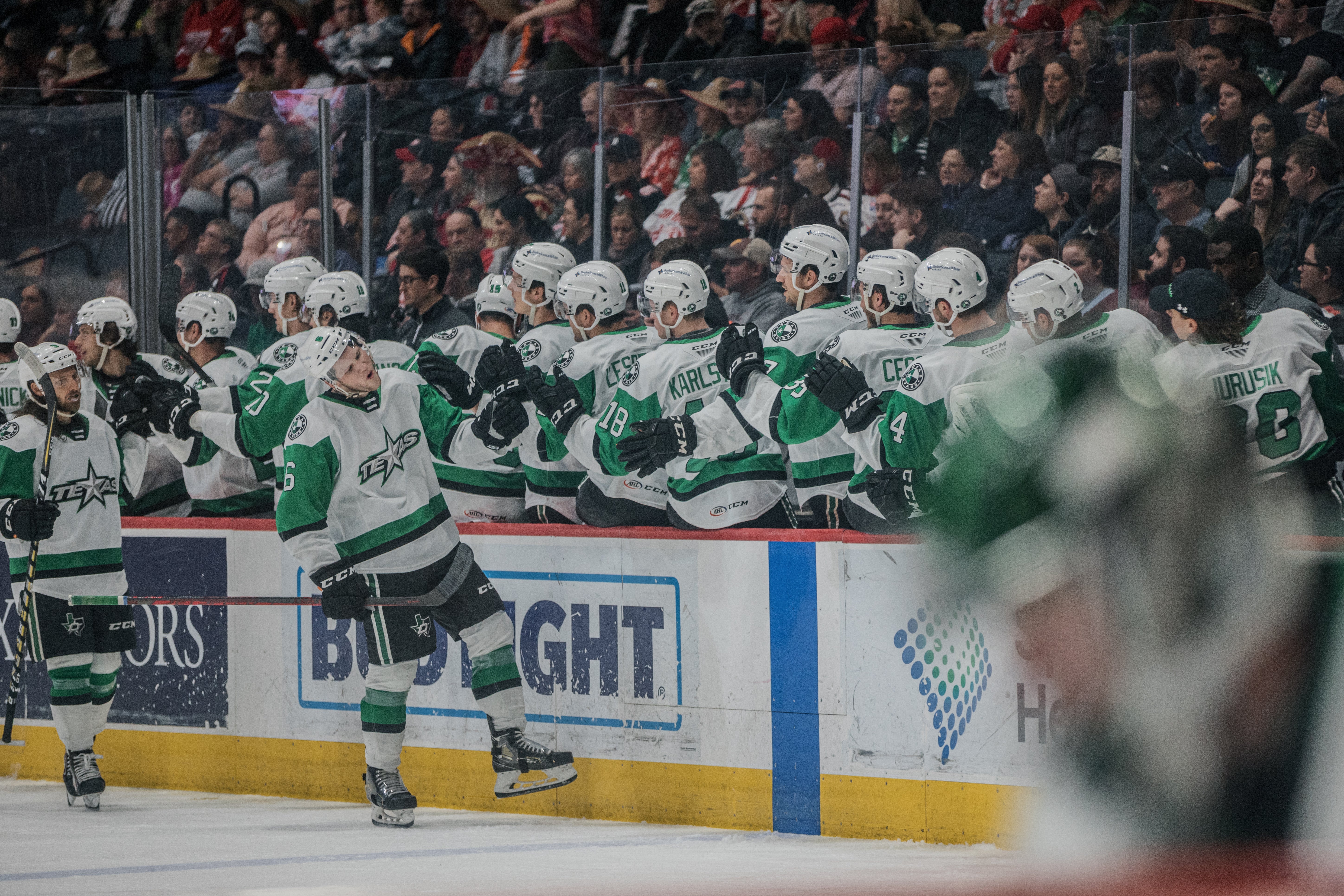 GRAND RAPIDS, MI – The Texas Stars, American Hockey League affiliate of the NHL’s Dallas Stars, earned a hard-fought 3-2 victory Saturday against the Grand Rapids Griffins at Van Andel Arena to move two games above .500 for the first time this season. Texas has now won four straight games for the first time in 2021-22.

The Stars scored first for the second straight game as Ben Gleason ripped a wrist shot past Victor Brattstrom from high in the slot 4:22 into the first period. Grand Rapids went to the power play shortly after the goal, and Turner Elson tipped a point shot past Adam Scheel to even the score at 1-1 just 27 seconds after Gleason’s goal. The Griffins outshot the Stars 17-8 in the frame.

Gleason put Texas back in front 4:37 into the middle stanza on a similar play that he executed in the first period to make it 2-1. Less than three minutes later, Josh Melnick snapped a shot from the right wing that fooled Brattstrom for a short-handed goal, giving the Stars a two-goal cushion. The goal was Melnick’s fifth short-handed tally of the season, setting a new Texas franchise record.

Late in the third period, the Griffins closed the gap with an extra attacker on the ice, when Riley Barber sent a shot flying past Scheel with 55 seconds remaining. But Scheel made 35 saves on 37 shots for his fourth straight win.

The Stars travel to Chicago for a 3:00 p.m. matinee Sunday at Allstate Arena, before facing the Wolves again Wednesday at 11:00 a.m.