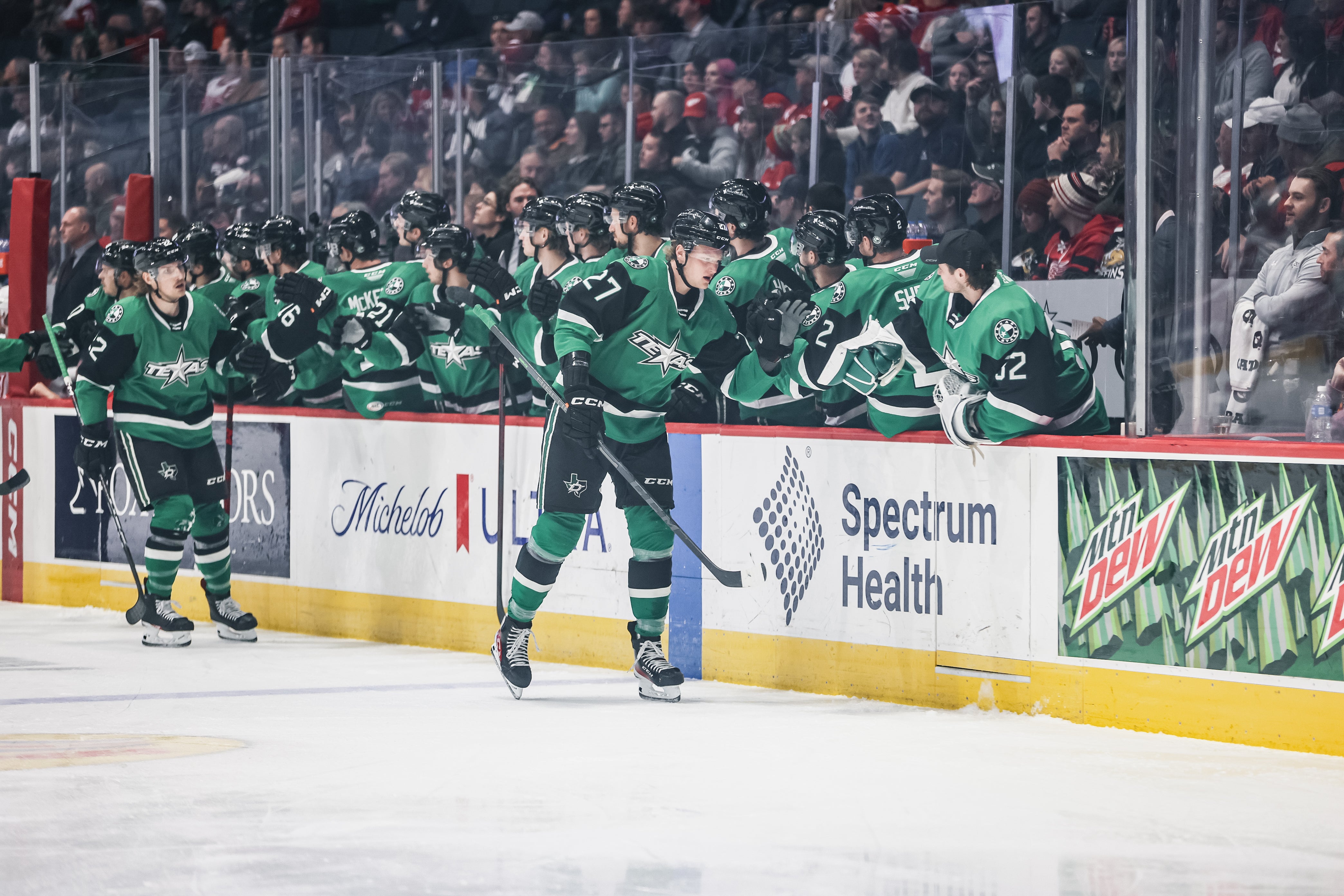 Texas opened the scoring when Riley Tufte tipped in a shot from the point by Ben Gleason at 3:50 for his fifth goal of the season. After Kyle Criscuolo beat Stars’ netminder Anton Khudobin from the right dasher with 44 seconds remaining in the first period, both sides carried one goal into the first intermission. Texas grasped a 15-10 advantage in shots on goal after the first frame.

The score remained even 1-1 after 40 minutes of play. During the middle period, where Texas outshot Grand Rapids 12-9, the Stars continued to carry the upperhand in shots on goal 28-19.

In the third period, the Stars reclaimed the lead when Will Butcher’s net-front feed deflected off Riley Barber’s skate and in with 11:19 remaining to put Texas on top 2-1. With 5:03 left in regulation, Alexander Petrovic fired home an insurance marker from the right point to make it 3-1. Tufte later iced the game, scoring the Stars’ first empty-net goal of the season with 2:13 remaining to seal a 4-1 victory.

While making 29 saves on 30 shots, Khudobin improved to 7-3-1-1 on the season between the pipes for the Stars. In goal for the Griffins, Magnus Hellberg stopped 34 of 37 shots on the way to the loss.

The Stars wrap up their current six-game road stretch Saturday night when they rematch the Griffins back at Van Andel Arena at 6:00 p.m. CST.