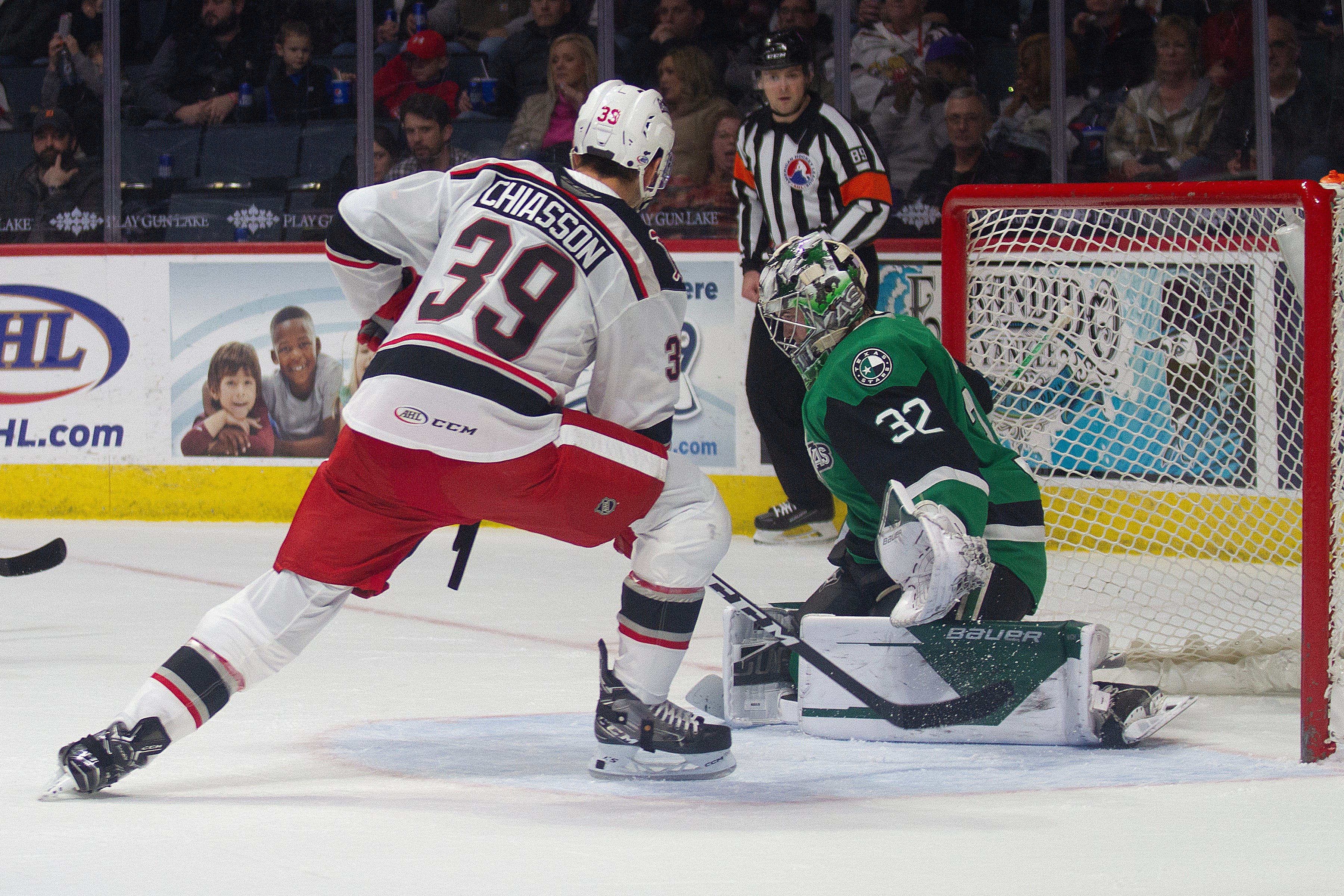 After the Stars and Griffins skated to a scoreless tie through the first 20 minutes of action, the Central Division foes also found themselves tied with 11 shots on goal, respectively.

The second period saw the Griffins grab a two-goal lead with a pair of goals from Pontus Andreasson and Austin Czarnik. Scoring first, Andreasson gave Grand Rapids the first lead 3:54 into the middle period. Then, Czarnik put the Griffins up by a pair when he fired a shot from the right circle past Stars’ netminder Matt Murray at the 15:53 mark.

Grand Rapids pulled away from Texas with Czarnik scoring his second goal of the night 3:53 into the third period before Joel L’Esperance scored another goal at 9:28 to make it 4-0. The Stars mounted a late comeback effort that saw Mavrik Bourque and Curtis McKenzie score with 2:06 and then 1:20 remaining in the final regulation period. However, it would not be enough as the Stars ultimately fell by a final score of 4-2, which ended Texas’s 12-game point streak.

Picking up the win in goal for the Griffins, Alex Nedeljkovic stopped 33 of the 35 shots he faced Friday night. For Texas, Murray dropped his first game since Nov. 23 after winning five straight. Now sporting an 8-5-1 record, he made 24 saves on 28 shots in the contest.

The Stars and Griffins rematch Saturday night at 6:00 p.m. CT back at Van Andel Arena in Grand Rapids.