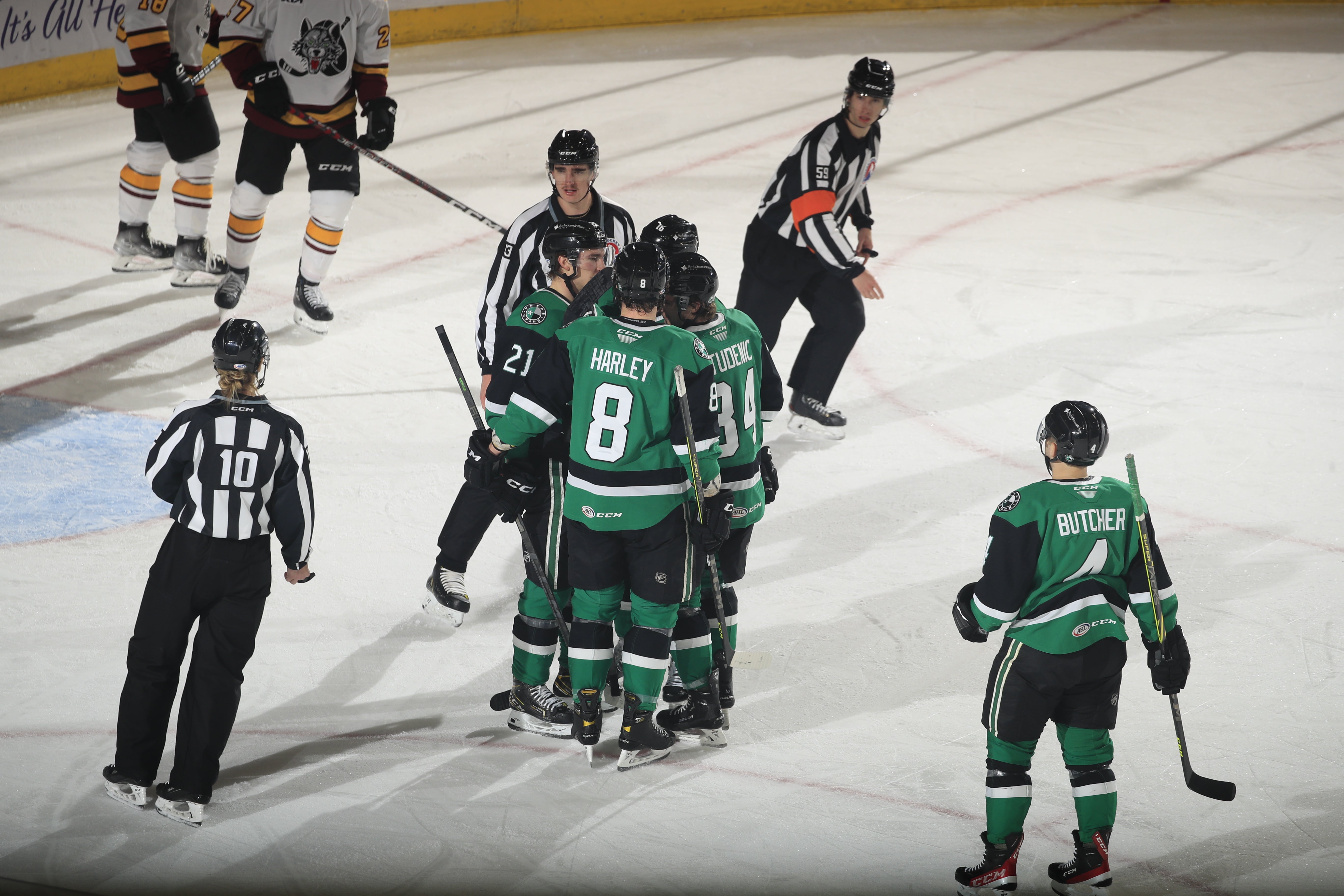 The Stars cracked the score column first in Illinois when Riley Barber buried a backdoor feed from Matej Blumel on a two-on-one rush at 11:33 of the first period. Barber struck again to provide insurance for the Stars’ lead with five seconds remaining in the opening period when he redirected in a point shot by Alex Petrovic. Barber’s team-leading ninth and 10th goals of the season had Texas up 2-0 while grasping a 13-10 advantage in shots on goal after one period of play.

Period number two saw the Stars double their lead and then some with a pair of goals from Ryan Shea and Curtis McKenzie prior to a third by Riley Tufte, respectively. Shea scored his first goal of the season when he drove the net and cleaned up a rebound dropped near the top of the crease by Zachary Sawchenko at 6:24. Moments later at 8:05, McKenzie beat Sawchenko near the top of the slot following a feed from Oskar Back to make it 4-0. Tufte potted the third and final goal of the period when he cleaned up a rebound in the slot with 1:24 remaining to make it 5-0. After the middle frame where Texas outshot Chicago 16-6, the Stars owned a 29-16 advantage in shots on goal.

Both sides scored a goal in the third period as the Stars skated away with a 6-1 win in Friday night’s contest. Brendan Perlini scored the first goal for the Wolves at 5:18 before Thomas Harley answered for the Stars at 7:37 to restore the five-goal advantage.

Picking up the win in goal for the Stars, Anton Khudobin improved to 5-2-2 on the season after stopping 29 of the 30 shots he faced. On the other end for the Wolves, Sawchenko made 30 saves on 36 shots.

Saturday marks the rematch and two-game series finale in Rosemont between the Stars and Wolves at 7:00 p.m. back at Allstate Arena.