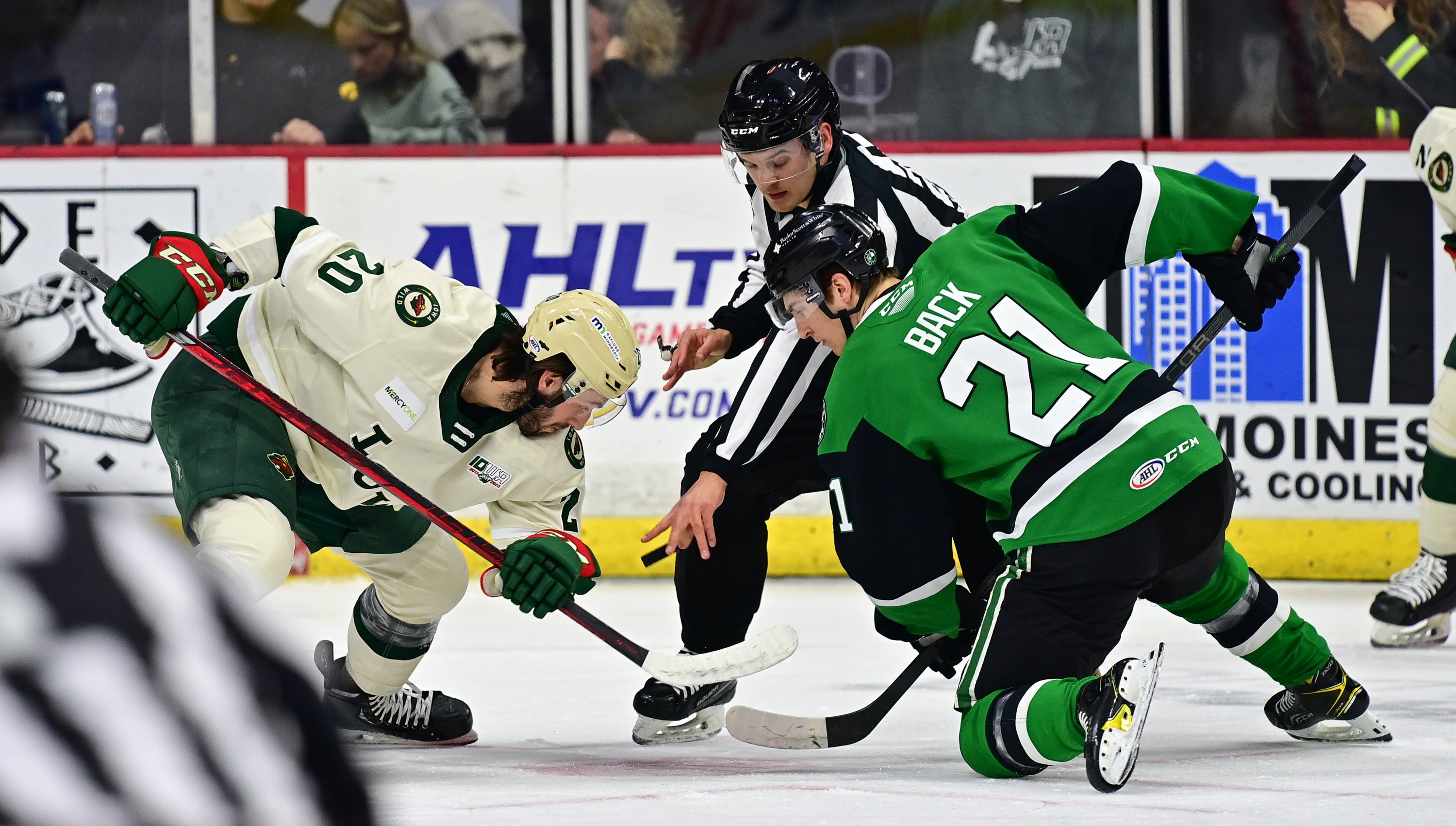 DES MOINES, Iowa – The Texas Stars, American Hockey League affiliate of the NHL’s Dallas Stars, secured their seventh win in a row with a 3-1 victory over the Iowa Wild that completed a two-game series sweep Saturday night at Wells Fargo Arena.

Tanner Kero opened the scoring to give Texas a 1-0 lead when he tipped in a point shot by Alexander Petrovic 7:09 into the contest. Kero’s sixth tally of the season in his 300th career AHL game helped the Stars carry a 1-0 lead while outshooting the Wild 9-2 into the first intermission.

Late in the second period, Marco Rossi evened the score with 58 seconds remaining on a wrist shot from the slot that beat Matt Murray. After claiming a 14-9 shots advantage in period number two, Texas was carrying a 23-11 upperhand after 40 minutes of action in the tie game.

The third period saw Riley Barber score his team-leading 15th goal of the season when he fired in a shot past Jesper Wallstedt 2:51 in after receiving a pass in the slot from Curtis McKenzie for the eventual game-winning goal. McKenzie later iced the game by sinking an empty-net goal to make it 3-1 with 1:21 left on the clock in regulation. The Stars went on to secure their seventh win in a row as well as second series sweep in Iowa of this season. The victory signals Texas’ longest winning streak since they won 11 straight from March 15-April 12 during the 2013-14 season.

Texas returns home to play host to the Rockford IceHogs this week. The series begins Tuesday at 7:00 p.m. at the H-E-B Center at Cedar Park.