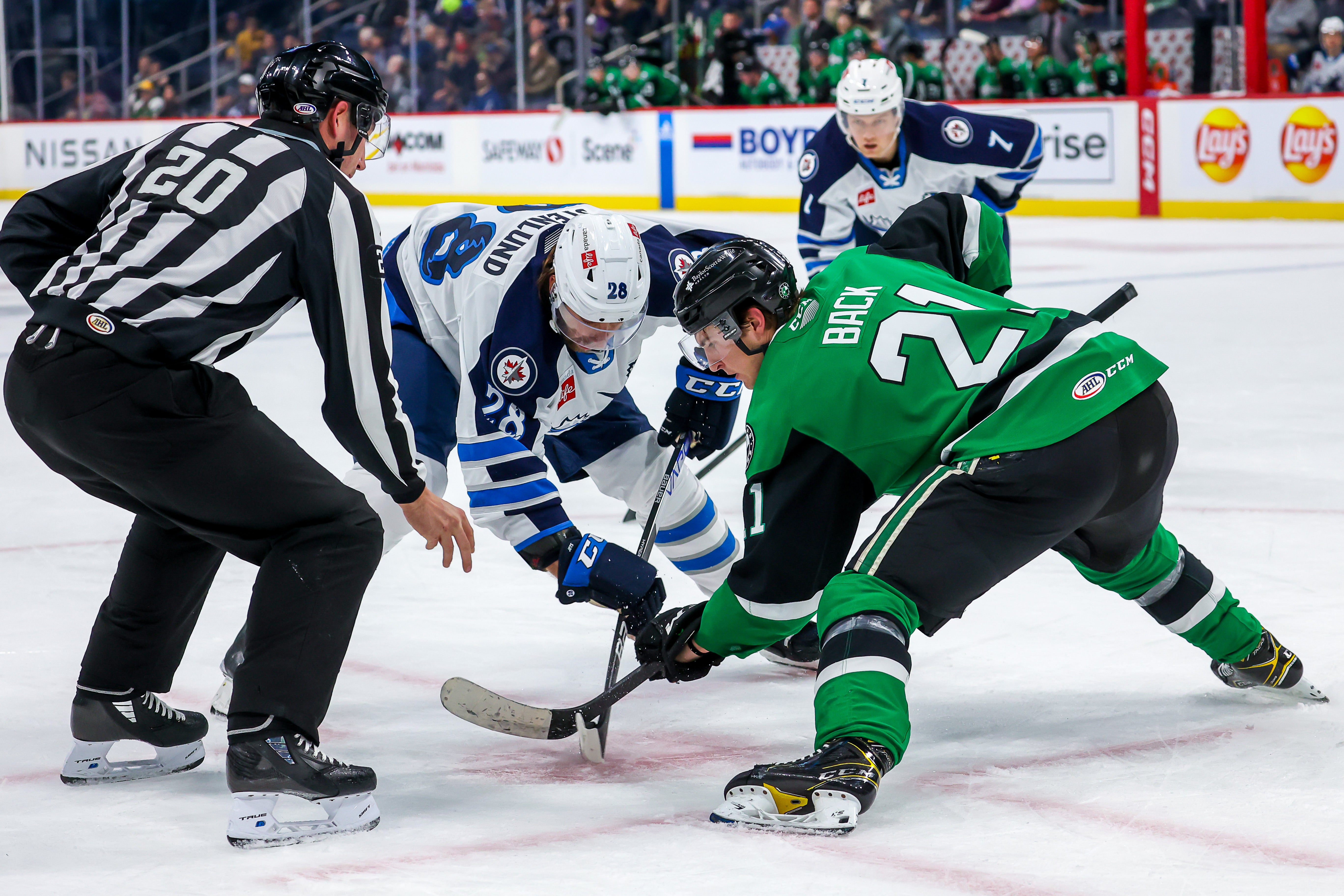 Stars Salvage a Point in Overtime Loss to Moose

Matej Blumel’s scored the first goal for the Stars when he snuck a shot from the right circle short side over Arvid Holm’s left shoulder on the power play 12:14 into the first frame. Carrying a 1-0 lead into the first intermission, the Stars outshot the Moose 12-8 throughout the first 20 minutes of action.

Manitoba outscored Texas 3-1 in the middle period to carry a 3-2 advantage into the second break. The second frame saw Daniel Torgersson score first at 10:04 to tie the game 1-1. Thomas Harley then cut to the slot where he beat Holm through the legs at 13:15 to help Texas reclaim the lead. Alex Limoges evened it again at 2-2 at 14:23 after tapping in a backdoor pass on the power play. Manitoba grabbed its first lead with 3:13 left in the period when Tyler Boland buried a one-timer in the slot off a pass from Limoges behind the net. Down 3-2 after two, the Stars were outshot 10-8 in the second period but still led 20-18 after 40 minutes in Manitoba.

Boland scored again for the Moose to make it a two-goal game 4:40 into the third. But the Stars climbed back into the fight and forced overtime. Marian Studenic struck first for Texas, scoring at 7:59 to cut the deficit to one before Will Butcher tied the game 4-4 when he fired in a wrist shot from the top of the right circle with 5:15 remaining in regulation.

In overtime, Declan Chisholm buried the game-winning goal for the Moose on a slapshot from the top of the left circle 1:23 into the extra session.

Picking up the win in goal for Manitoba, Arvid Holm made 22 saves on 26 shots. For the Stars, Matt Murray was handed the loss after stopping 26 of the 31 shots he faced. It marked the Stars first time being outshot (31-26) since Dec. 21 and just the third time its occurred in their last 25 games.

The Stars and Moose face-off in the two-game series finale Sunday at 2:00 p.m. CT back at the Canada Life Centre in Winnipeg.