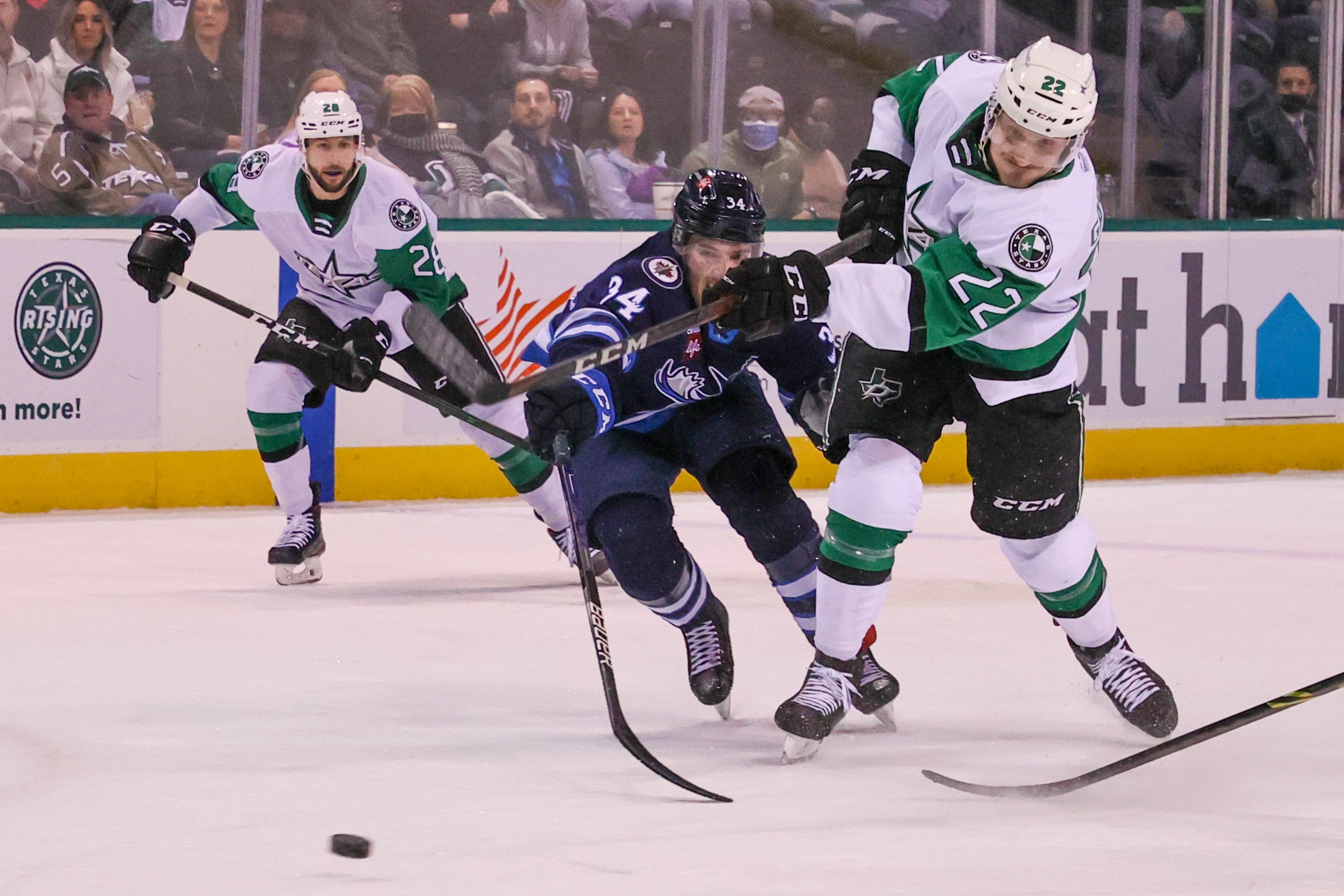 Stars Out-Chance Moose, but Fall Short in First Game Back from Break

Five minutes into the opening frame, Manitoba got on the board when Austin Poganski fired a shot that hit the inside left post and bounced in behind Anton Khudobin, giving Manitoba the 1-0 lead. The Stars had two chances on the power play but were unable to score, ending the first period down by one.

The Stars had 10 more shots on goal in the second period and carried a 20-11 shots advantage into the second break, but could not solve Moose goaltender Evan Cormier, who kept his team in front through a scoreless frame.

In the first four minutes of the third period Alex Petrovic slid the puck over to Fredrik Karlstrom who was at the back of the goal crease. Karlstrom tapped the puck in behind Evan Cormier, tying the game at 1-1. Manitoba went back in front midway through the final period on a bad bounce off of the backwall behind Khudobin. Nelson Nogier’s shot went wide, but kicked back out and Jeff Malott slid the rebound into the net to make it 2-1.

The Stars got a late power play with a chance to tie and pulled Khudobin for an extra skater. 20 seconds later Nicholas Jones scored short-handed into the empty net, and Poganski added a second empty-netter in the final minute to complete the scoring.

Cormier stopped 34 of 35 shots in the win, while Khudobin made 15 saves in the loss.