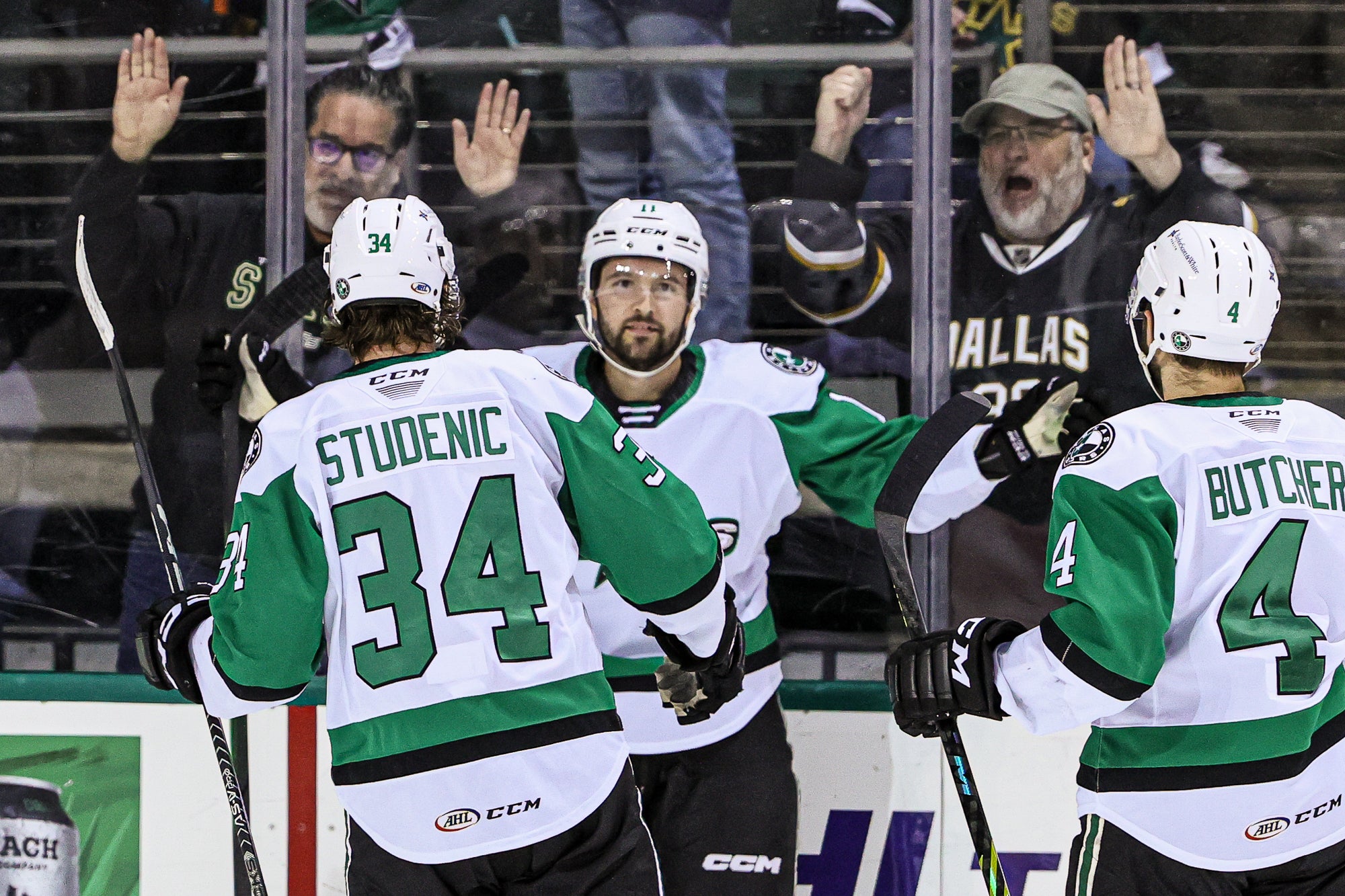 CEDAR PARK, Texas – The Texas Stars, American Hockey League affiliate of the NHL’s Dallas Stars, extended their point streak to 11 games with a 4-1 victory over the Tucson Roadrunners to wrap up a two-game series Saturday night at the H-E-B Center at Cedar Park.

The first frame was scoreless despite seeing a combined 28 shots. Between the pipes Matt Murray stopped 13 Tucson chances while Jon Gilles saved all 15 Texas shots.

Texas opened the scoring in the second period when Riley Barber buried his team-leading 18th goal on a one-timer, off a pass from Will Butcher, who leads Stars defensemen with 16 assists. The Stars led the Roadrunners in shots after 40 minutes 24-20.

The third period scoring started with Oskar Back as he beat Gillies blocker side at 10:47 to give Texas a 2-0 lead. The Roadrunners answered at 11:58 when Jean-Sebastian Dea scored Tucson’s first goal of the game. At 16:44 Barber would score his second goal of the game on the power play. The Roadrunners would pull Gillies allowing Back to score his second goal of the night on the empty net to give Texas a 4-1 lead. The Stars extended their point streak to 11 straight to finish 10-0-1 in December.

In goal, Murray stopped 29 of 30 shots and Gillies saved 29 of 33 Texas shots. With the win Murray improves to 8-4-1 on the season. Up next, the Stars travel to Illinois to battle the Rockford IceHogs on Tuesday at 7:00 p.m.