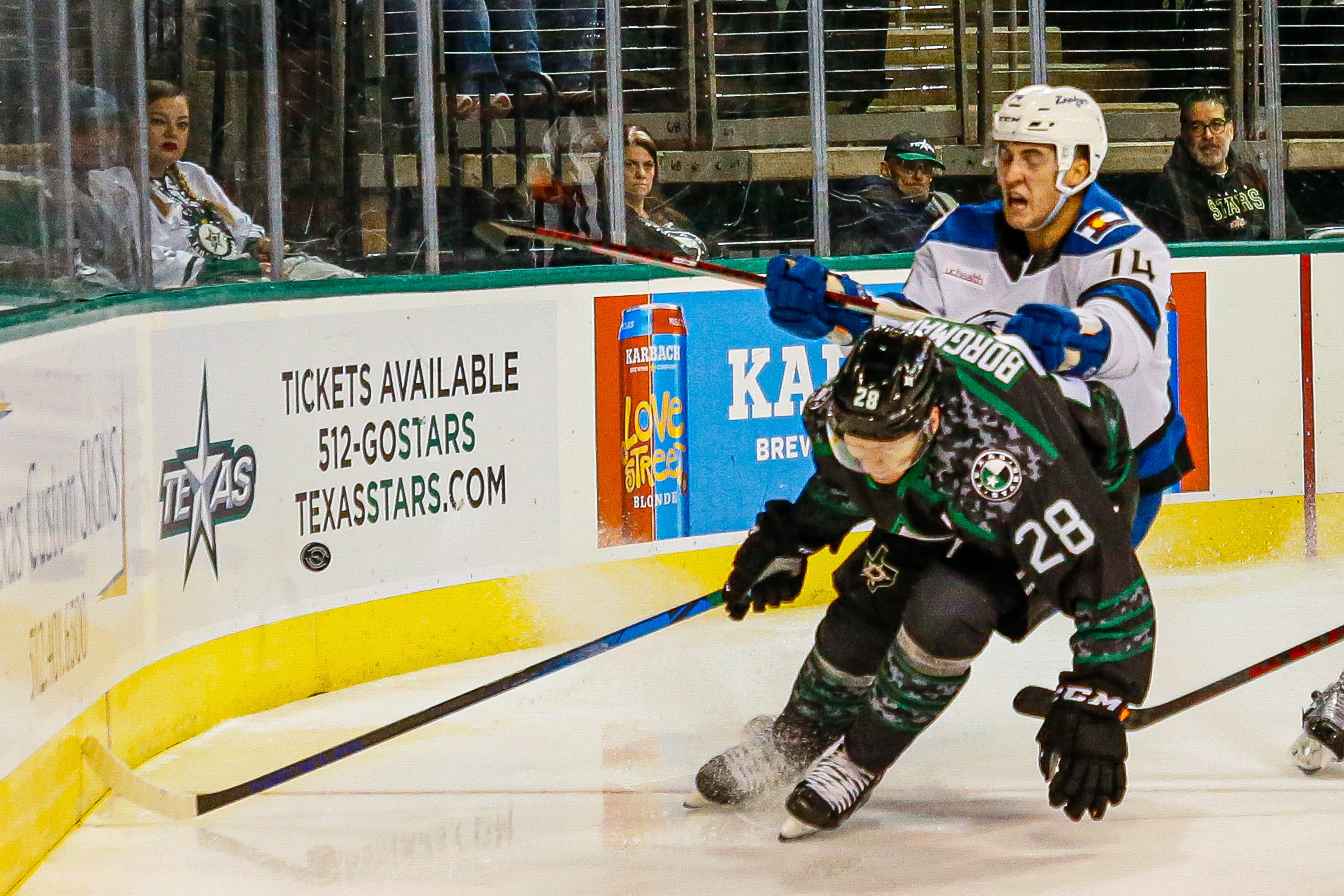 Stars Fall 2-1 in Shootout Against Colorado

CEDAR PARK, Texas – The Texas Stars, American Hockey League affiliate of the NHL’s Dallas Stars, fell 2-1 in a shootout with the Colorado Eagles on Friday night.

In the first period, the Stars started off rough when Nick Caamano gets caught for cross-checking and goes to the box 20 seconds into the game; the Stars were able to fight off Colorado with their penalty kill unit. The period was quiet offensively until 15:21, when Jordan Kawaguchi passed the puck to Anthony Louis, who skates it behind the net to the right circle and shoots on and beats Justus Annunen to give the Stars the 1-0 lead.

In the second frame, the Stars started out on the power play, but were unable to score. Jeremy Gregoire and Roland McKeown get matching penalties for fighting and unsportsmanlike conduct which sends them to the locker room early. The score remained the same through the end of the second period.

In the third period, at 10:06, Colorado tied it up with a goal from Andreas Wingerli to make the game 1-1. The remainder of the third period seemed to favor Colorado as they out shot Texas 16-5. At the end of regulation, the score remained 1-1 and we headed to overtime.

In overtime, the Stars out-shot the Eagles 4-2. At 1:03, Fredrik Karlstrom entered the offensive zone and drove to the net of Justus Annunen and he was tripped by a Colorado defender which sent Karlstrom to the penalty shot. Karlstrom skated towards the net and went wide left and tried to put the puck on net but did not succeed. At the end of overtime, the score remained tied, so the Stars went to the shootout for the first time this season.

The Stars first shooter was Kawaguchi, who was denied by Annunen. Colorado sent Mikhail Maltsev to the line who beat Jake Oettinger with a backhand shot. The Stars second shooter was former AHL Rookie of the Year, Riley Damiani, who tried to beat Annunen low glove-side but was denied. Dylan Sikura sealed the deal for Colorado when he beat Oettinger high glove-side with a wrist shot, which gave Colorado the shootout win in Cedar Park.

Oettinger logged his first overtime loss of the year, while Anunen picked up his fourth win of the year.