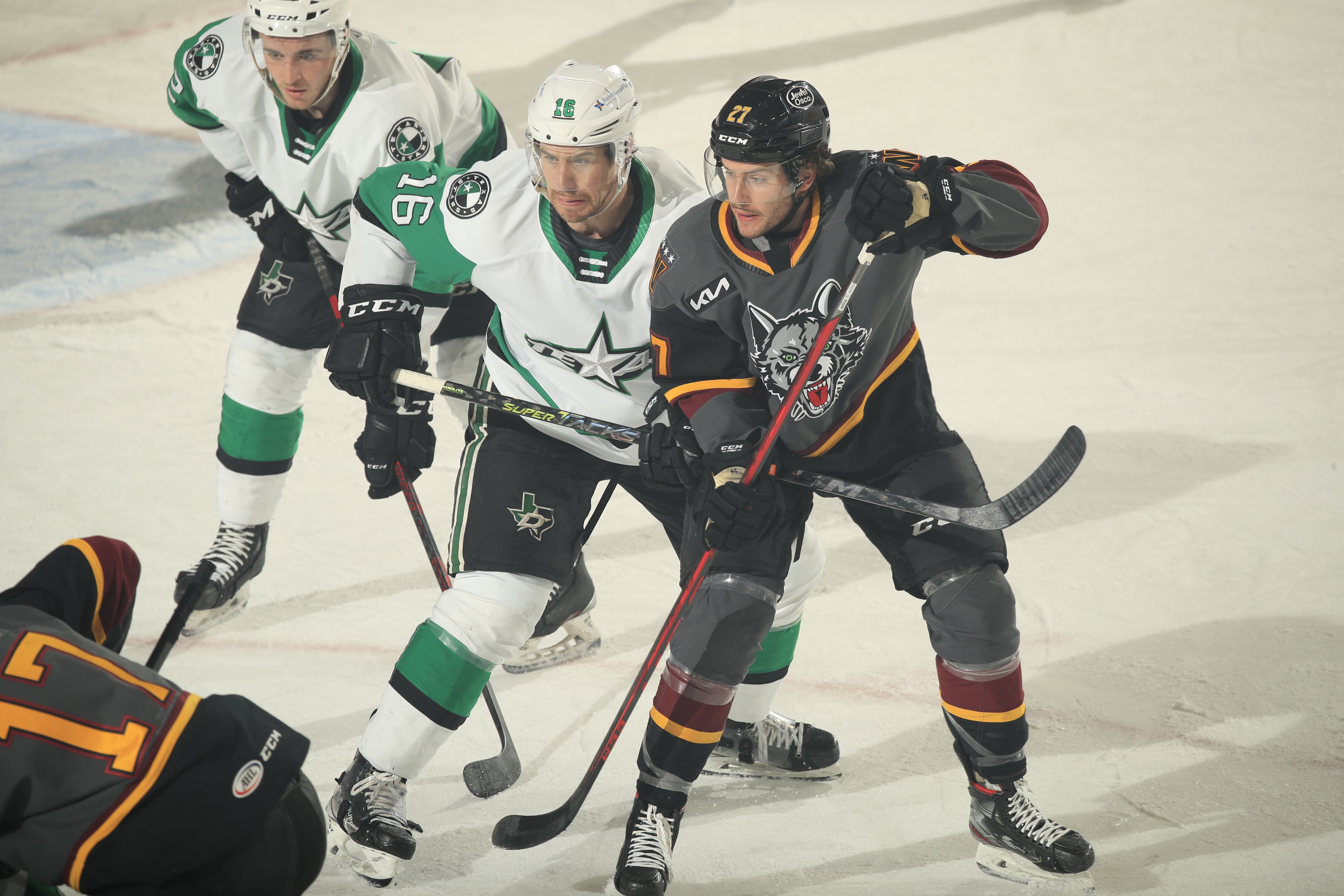 Stars Come Up Short in Chicago

ROSEMONT, IL – The Texas Stars, American Hockey League affiliate of the NHL’s Dallas Stars, suffered a 3-1 loss to the Chicago Wolves at Allstate Arena Tuesday night in the final game of the Stars’ four-game road trip.

The Wolves capitalized on their first of three power plays in the opening frame, when Joey Keane ripped a shot past Adam Scheel from high in the slot. The goal gave Chicago a 1-0 lead just 2:31 into the game. The Wolves held a 13-5 shots advantage after 20 minutes, with the slight edge on the scoreboard.

Chicago scored two more goals just 13 seconds apart in the first 1:45 of the second period to grow its lead to 3-0. David Gust scored the first goal after cutting through the slot uncontested, and Stefan Noesen notched the ensuing goal on a rebound just 13 seconds later from the left circle. Noesen and Andrew Poturalski each factored into all three Wolves goals.

Texas came on in the third period with a late push and spoiled Pyotr Kochetkov’s shutout bid when Joel L’Esperance set up Anthony Louis for the Stars’ only goal of the night. Kochetkov stopped 23 of 24 in the win, while Scheel made 36 saves on 39 shots in the loss.

The Stars return home this weekend to host the Milwaukee Admirals at 7:00 p.m. Friday and Saturday at the H-E-B Center at Cedar Park. Tickets are available at www.texasstars.com/tickets.