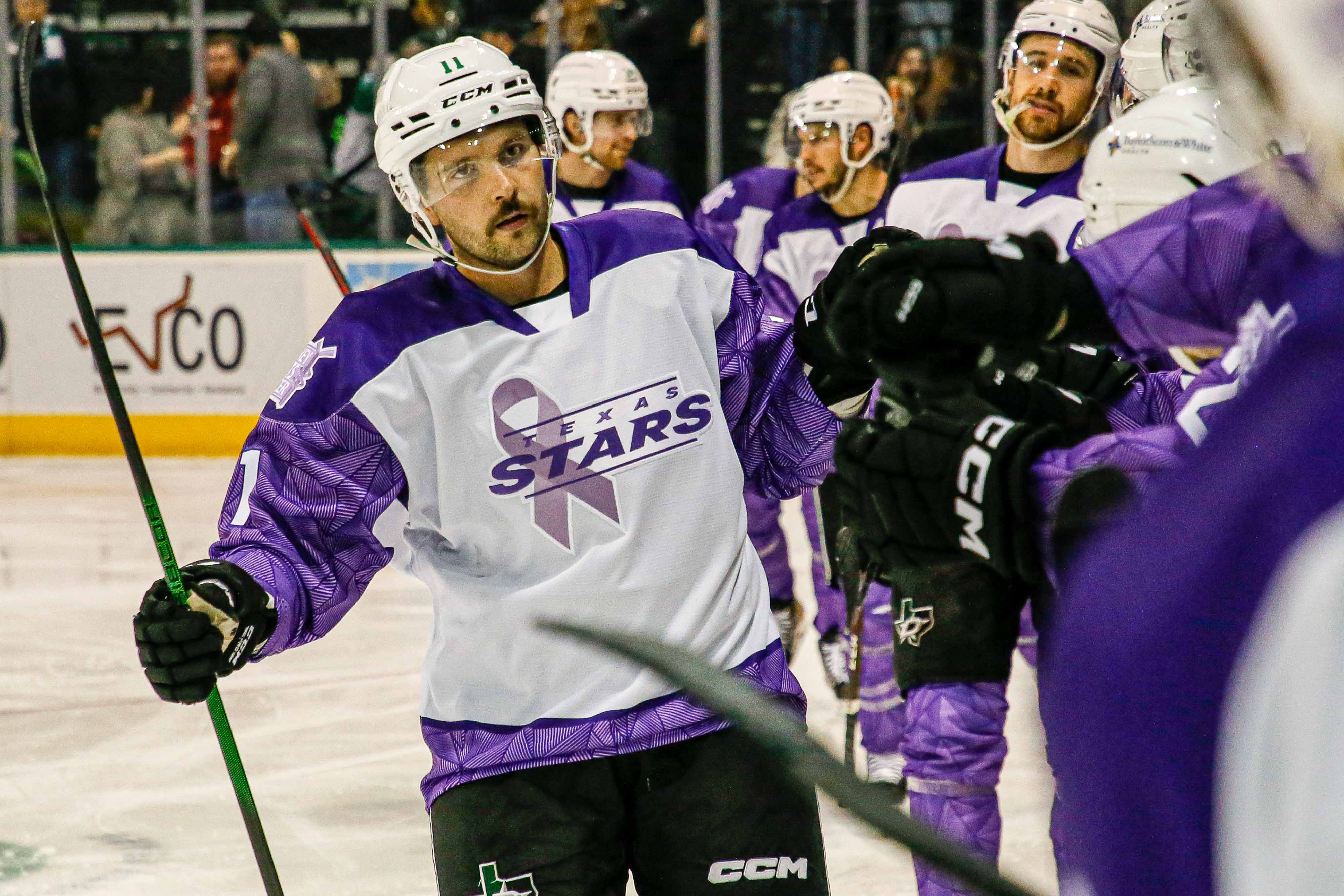 CEDAR PARK, Texas – The Texas Stars, American Hockey League affiliate of the NHL’s Dallas Stars, scored three goals with under three minutes remaining Friday night to force overtime before Jacob Peterson recorded the game-winning goal for a 6-5 victory over the Manitoba Moose at the H-E-B Center at Cedar Park.

The Moose struck first 5:05 into Friday’s contest when Kevin Stenlund’s wrist shot from the right face-off dot found the back of the net. Despite trailing by one after one, the Stars dominated the opening period with a plethora of offense and a 16-4 advantage in shots on goal.

Early in the second period at 1:28, Riley Barber evened the score at one with a power-play marker off a wrist shot from the top of right circle that beat Arvid Holm blocker-side for his team-leading eighth goal of the season. Texas then took a 2-1 lead at 9:04 when Fredrik Olofsson snapped a quick shot over Holm’s glove from the top of the left circle. Manitoba tied the game at 2-2 when Leon Gawanke’s one-time shot beat goaltender Matt Murray to the left post on the power play with 2:08 remaining in the middle frame. After 40 minutes of action, the Stars carried a 26-9 lead in shots on goal.

Jeff Malott opened a crazy third period of scoring with a pair of goals in the third period to provide an edge for the Moose. His first came at the 8:27 mark before he scored a second goal at 14:36 that had Texas trailing 4-2 late. The Stars initially mounted their comeback when Will Butcher scored from the point with 2:11 remaining during a power play with an extra attacker on the ice. Then with 1:53 to go, Alex Limoges scored on the Stars’ empty net to make it 5-3. Down but not out, Mavrik Bourque kept the Stars’ hopes alive when he found the back of the net over Holm’s left shoulder with 1:02 remaining. Down one with 10 seconds left, Peterson found Butcher alone in the slot where he chipped the game-tying goal past Holm to force overtime.

With 3:49 elapsed in the extra session, Peterson crowned himself the hero when he scored from the top of the left circle, beating Holm on the power play for the 6-5 overtime win.

Picking up the win in goal for the Stars was Murray, who stopped 16 of Manitoba’s 20 shots. For the Moose, Holm was handed the loss after making 36 saves on 42 shots.

Saturday night marks the finale of this weekend’s two-game series between the Stars and Moose in Cedar Park. Face-off between the Central Division foes is scheduled for 7:00 p.m.