CEDAR PARK, Texas – The Texas Stars, American Hockey League affiliate of the NHL’s Dallas Stars, announced Tuesday that Nick Lazor has been hired as the team’s new Equipment Manager. Lazor comes to the organization after spending the 2020-21 season with the ECHL’s South Carolina Stingrays. 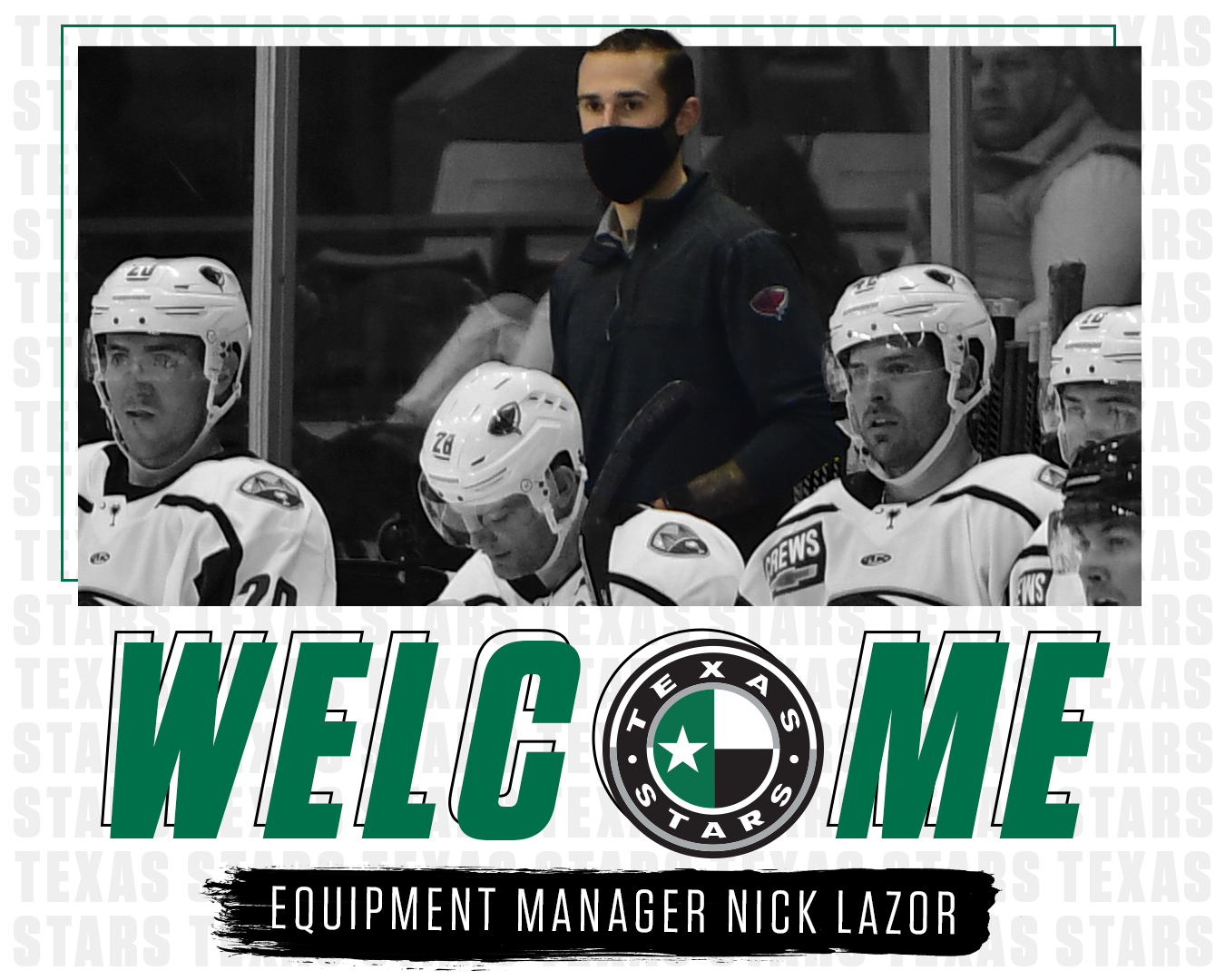 During Lazor’s season with South Carolina, the club captured the Eastern Conference Championship and competed in the 2021 Kelly Cup Final. He was also recognized for his work during the Covid-19 pandemic and the league’s Return to Play protocols, sharing ECHL Equipment Manager of the Year honors with the other 13 equipment managers.

Before joining the Stingrays, the Brockport, New York native was employed by the Rochester Institute of Technology as the Division I hockey team’s Director of Hockey Operations during the 2019-20 season. During that time, he also completed his master’s degree in Sports Administration from SUNY Brockport.

Prior to joining the Tigers, Lazor worked at UMass-Lowell for two seasons and was honored with the team’s Marc Connelly Award in the spring of 2018, given to a non-player who makes a positive and significant impact on the program. From 2015 to 2017, Lazor worked as an Assistant Equipment Manager with the Bakersfield Condors and spent the 2014-15 season with the Rochester Americans in the same role.

Lazor joined the United States Marine Corps in 2008 as an Infantry Assaultman. He served one tour of combat duty in Marjah, Afghanistan in 2010-11 and in 2014, was honorably discharged as a decorated combat veteran. Lazor earned his bachelor’s degree in Sports Management from SUNY Brockport in 2013.