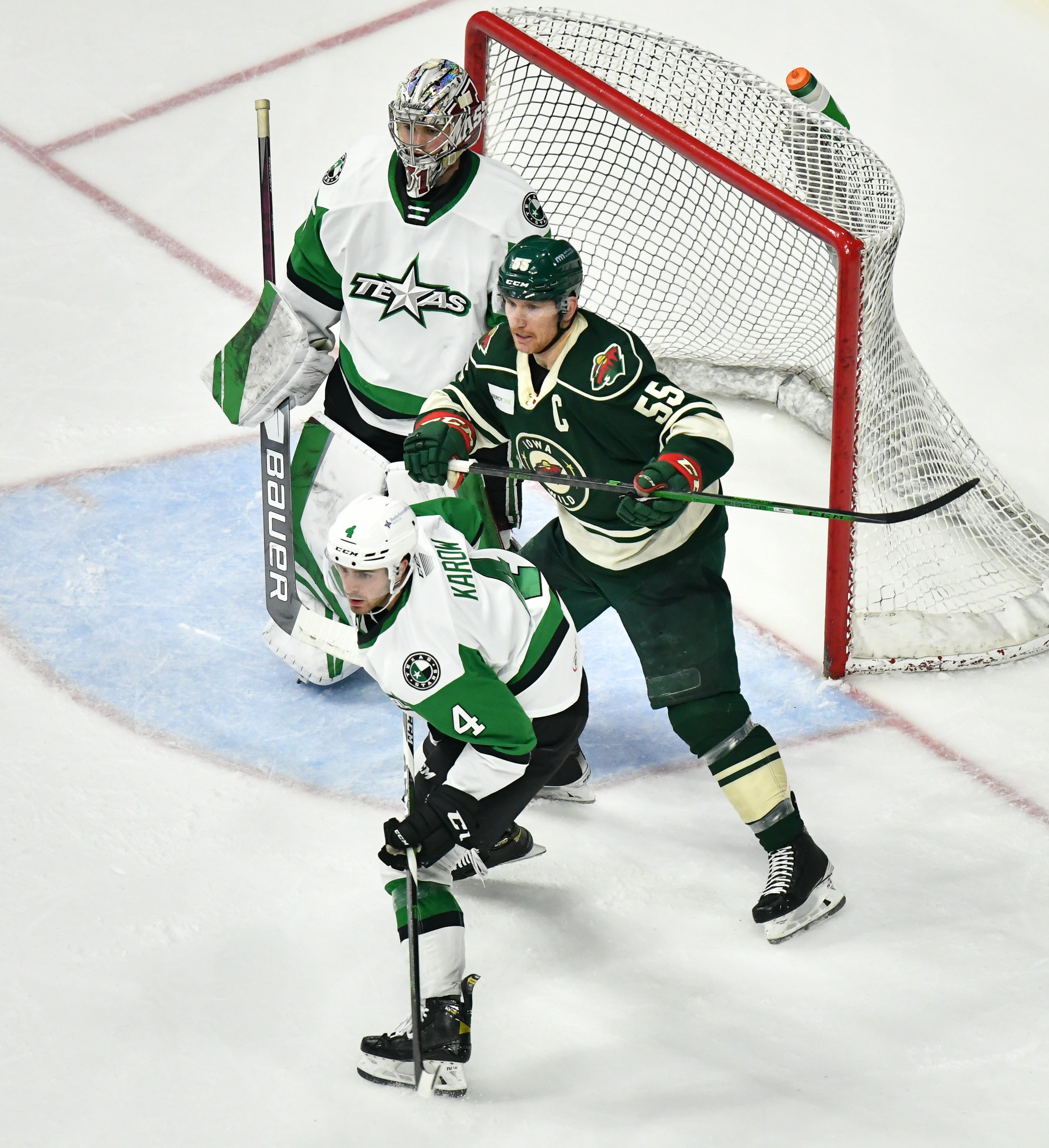 DES MOINES, IA– The Texas Stars, American Hockey League affiliate of the NHL’s Dallas Stars, broke a scoreless deadlock with 3:26 left in regulation and Matt Murray stopped all 38 shots in a 1-0 shutout win over the Iowa Wild Friday at Wells Fargo Arena.

Texas outshot Iowa 13-8 in a scoreless first period where the Stars failed to convert on two power play opportunities. Zane McIntyre stopped all 13 shots he faced, while Murray turned away all eight Wild attempts.

The Wild outshot the Stars 17-12 in the middle stanza as the two goaltenders continued to steal the show. Murray and McIntyre stayed perfect as each goalie had 25 saves heading into the third period.

Late in the scoreless affair, Joel L’Esperance prevented overtime when he carried the puck from the corner to the Wild net and tucked a shot past McIntyre, putting the Stars in front 1-0 with 3:26 left. Murray made 13 saves in the third period, including a flurry in the final minute to preserve a crucial regulation win and his first professional shutout.

The Stars and Wild are now even in the race for the final Central Division playoff spot and meet one more time Saturday at 6:00 p.m. at Wells Fargo Arena before Texas heads to Winnipeg April 26 for one final regular season game against the Manitoba Moose at Canada Life Centre.