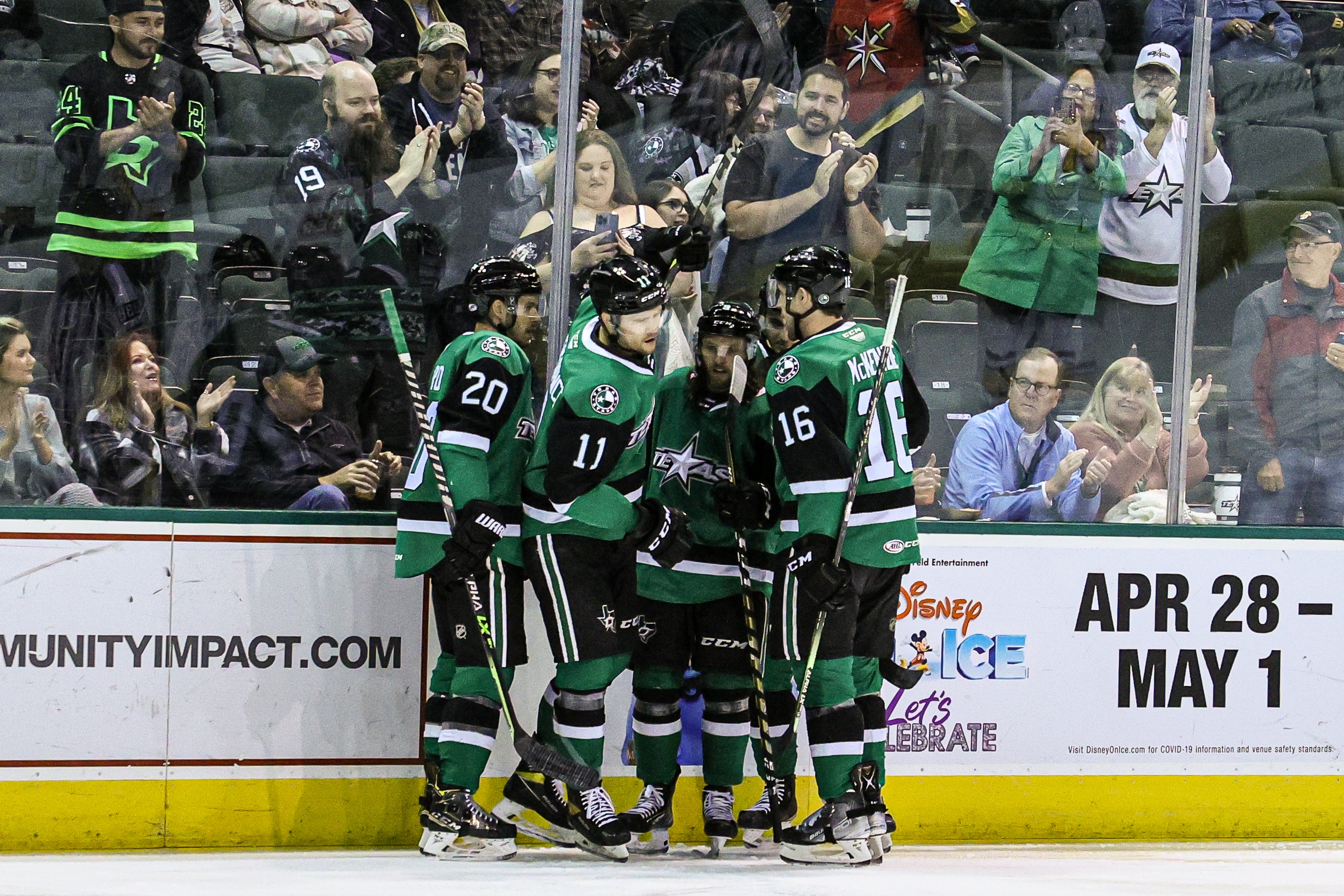 CEDAR PARK, Texas – The Texas Stars, American Hockey League affiliate of the NHL’s Dallas Stars, earned an important 3-2 win Wednesday in the first of three straight games against the Chicago Wolves at the H-E-B Center at Cedar Park.

The Stars raced out to a 2-0 first period lead thanks to goals from Joel L’Esperance and Riley Damiani. L’Esperance ripped a shot past Pyotr Kochetkov on an early power play to take the team lead with his 22nd goal of the season. Just over eight minutes into the frame, Ryan Shea threaded a pass across the slot to Damiani, who tapped in the goal.

Texas killed off their first of two late penalties in the opening period, but Chicago capitalized on the second man-advantage. Stefan Noesen stickhandled on the edge of the crease and lifted a shot over the glove of Matt Murray.

Fredrik Karlstrom gave the Stars a two-goal cushion again when he knocked home a rebound 8:45 into the second period. The Wolves canceled out that goal with one of their own to pull back to within one. Jesper Sellgren sent a shot toward the slot that deflected in off the skate of Ryan Suzuki to make it 3-2 heading into the third.

The Stars held off the Wolves attack in the third period and Murray stopped 20 of 22 shots to earn his first professional win in his debut for Texas. Kochetkov stopped 19 of 22 in his first regulation loss in 13 starts for Chicago.

The Stars finish off their regular season home schedule with two more games against the Chicago Wolves on Friday and Saturday at 7:00 p.m. at the H-E-B Center at Cedar Park. Tickets are available at www.texasstars.com/tickets.