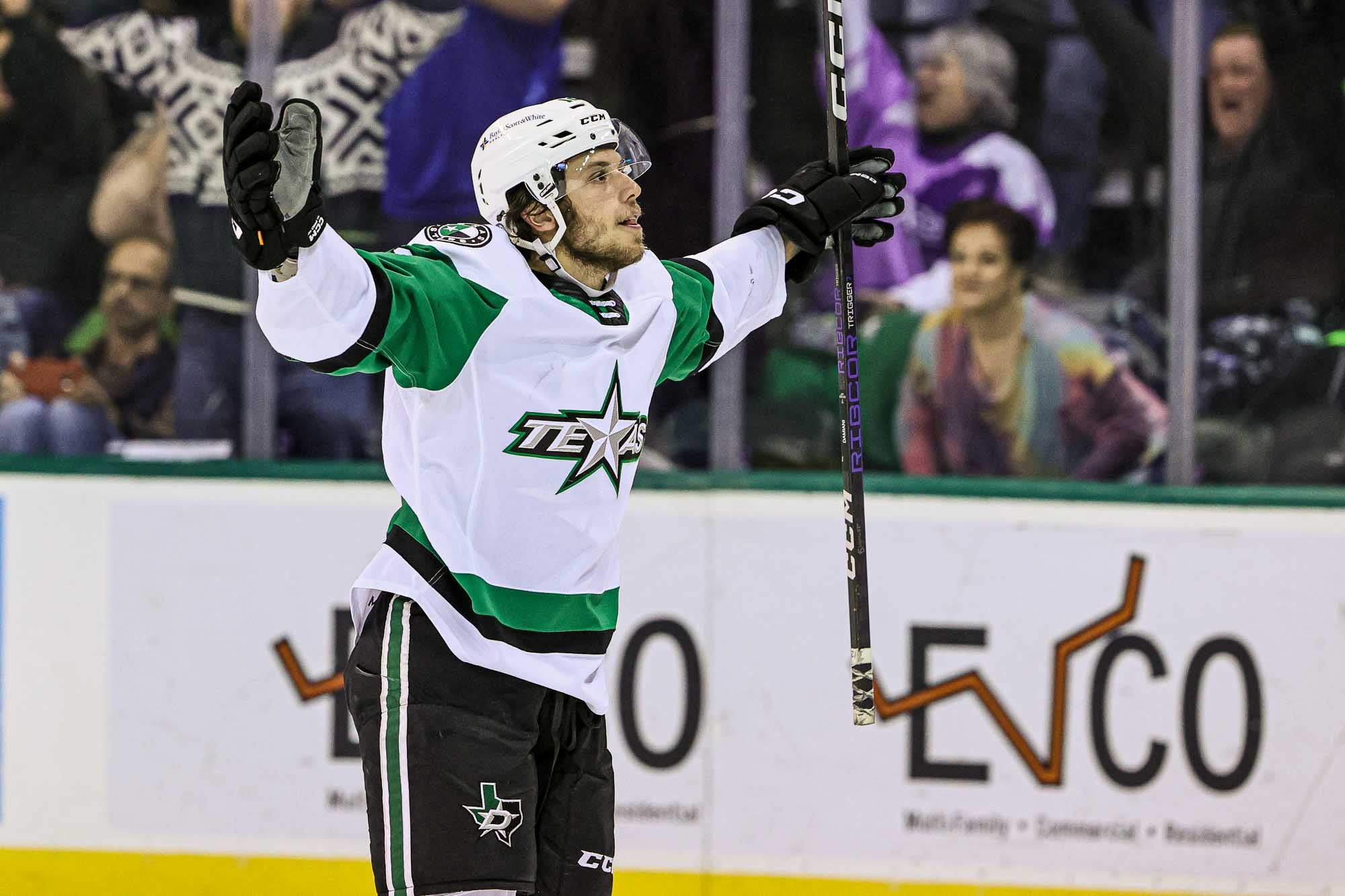 CEDAR PARK, Texas – The Texas Stars, American Hockey League affiliate of the NHL’s Dallas Stars, completed a two-game series sweep with a 5-0 victory over the Milwaukee Admirals Sunday night at the H-E-B Center at Cedar Park.

In front of another crowd of 6,778 Stars fans on Renaissance Faire Night, Texas claimed its third win in row while logging its second consecutive sellout and third in the last four games at the H-E-B Center at Cedar Park.

The first period was a quiet one between the Central Division foes. Remaining scoreless after 20 minutes of action in Cedar Park, the Stars were edging the Admirals 10-9 in shots on goal.

In the middle frame, Texas claimed the game’s first lead when Mavrik Bourque tapped in a backdoor pass from Jacob Peterson off a two-on-one rush at 12:29. Nearly two minutes later, Riley Damiani beat Yaroslav Askarov with a shot from the right dot that eyed the top-right corner to extend the Stars’ lead to 2-0 at 14:11. Milwaukee grasped a 24-22 advantage in shots on goal after two periods of play.

The Stars increased their lead to three 6:26 into the final frame when Will Butcher fired in a one-timer from the left point after receiving a drop pass from Tanner Kero. Matej Blumel scored the Stars’ fourth goal with 3:11 remaining in the third when he buried a feed across the slot from Riley Barber. Scoring the final goal for the Stars to ensure a 5-0 victory, a third win in a row and series sweep over the Admirals, Alexander Petrovic beat Askarov from the right point with 37.4 seconds left in regulation.

Between the pipes, Matt Murray moved into a tie for fourth in the AHL this season by earning his second shutout of the season after stopping each of the 27 shots he faced. For the Admirals, Askarov came down with the loss after surrendering five goals on 33 shots.

Up next, the Stars hit the road again for their final games of the regular season in Manitoba. Their series against the Manitoba Moose begins Saturday with the finale slated for Sunday. Both games are scheduled for 2:00 p.m. CT at Canada Life Centre in Winnipeg, Man.