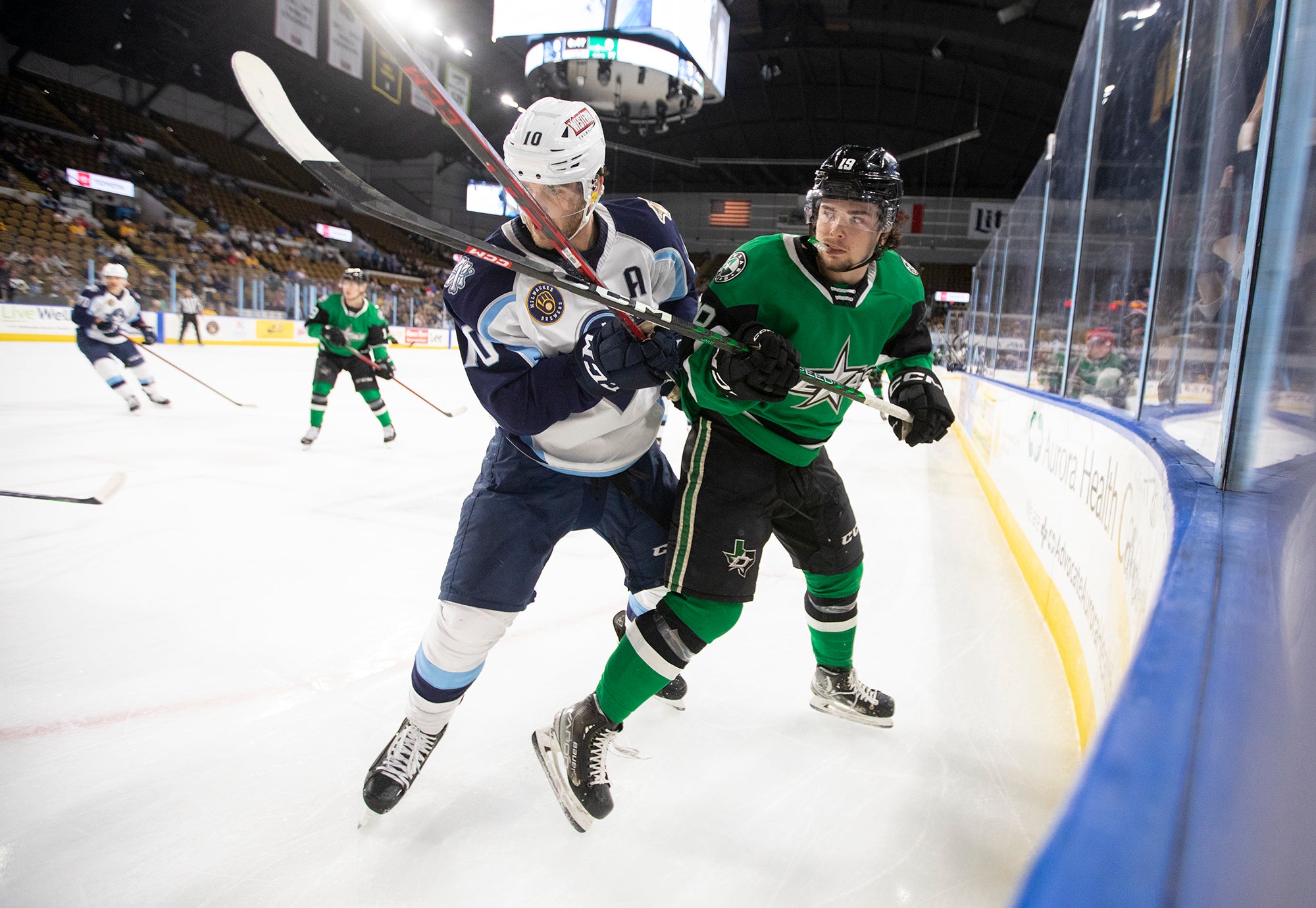 Texas and Milwaukee skated to a scoreless tie in the first 20 minutes of action. The Stars grasped a 13-6 advantage in shots on goal after the first period.

After the Admirals opened the scoring 2:25 into the second period when Kiefer Sherwood passed a puck off a Stars’ defender and into the goal from behind the net, Texas rattled off two more goals to carry a 2-1 lead into the second break. Matej Blumel capitalized with a one-timer to tie the game at 8:10 from the right side after receiving a feed from Tanner Kero. Then, defenseman Alexander Petrovic set a single-season career high by scoring his sixth goal at 15:18 to give the Stars a one-goal lead. Outshooting Milwaukee 18-10 in the middle frame, Texas owned a 31-16 lead in shots on goal after 40 minutes of play.

Milwaukee ripped the win away from Texas with a pair of late third-period goals to come out on top by a final score of 3-2. Markus Nurmi scored both goals for the Admirals, burying a rebound for the first one to tie it 2-2 with 5:09 remaining before giving Milwaukee the lead when he redirected a second one past Anton Khudobin with 2:58 left to play in regulation.

Between the pipes for the Admirals, Yaroslav Askarov was solid for Milwaukee while stopping 34 of 36 shots for the win. In goal for the Stars, Khudobin made 31 saves on 34 shots in the process of having his three-game streak snapped.

Texas makes its final stop of the six-game road trip with games Friday and Saturday night in Grand Rapids, Michigan, against the Griffins. The opening face-off for both contests in the series are scheduled for 6:00 p.m. CST at Van Andel Arena.