CEDAR PARK, Texas – The Texas Stars, American Hockey League affiliate of the NHL’s Dallas Stars, announced that defenseman Max Martin has re-signed with the team on an AHL contract for the upcoming 2021-22 season. 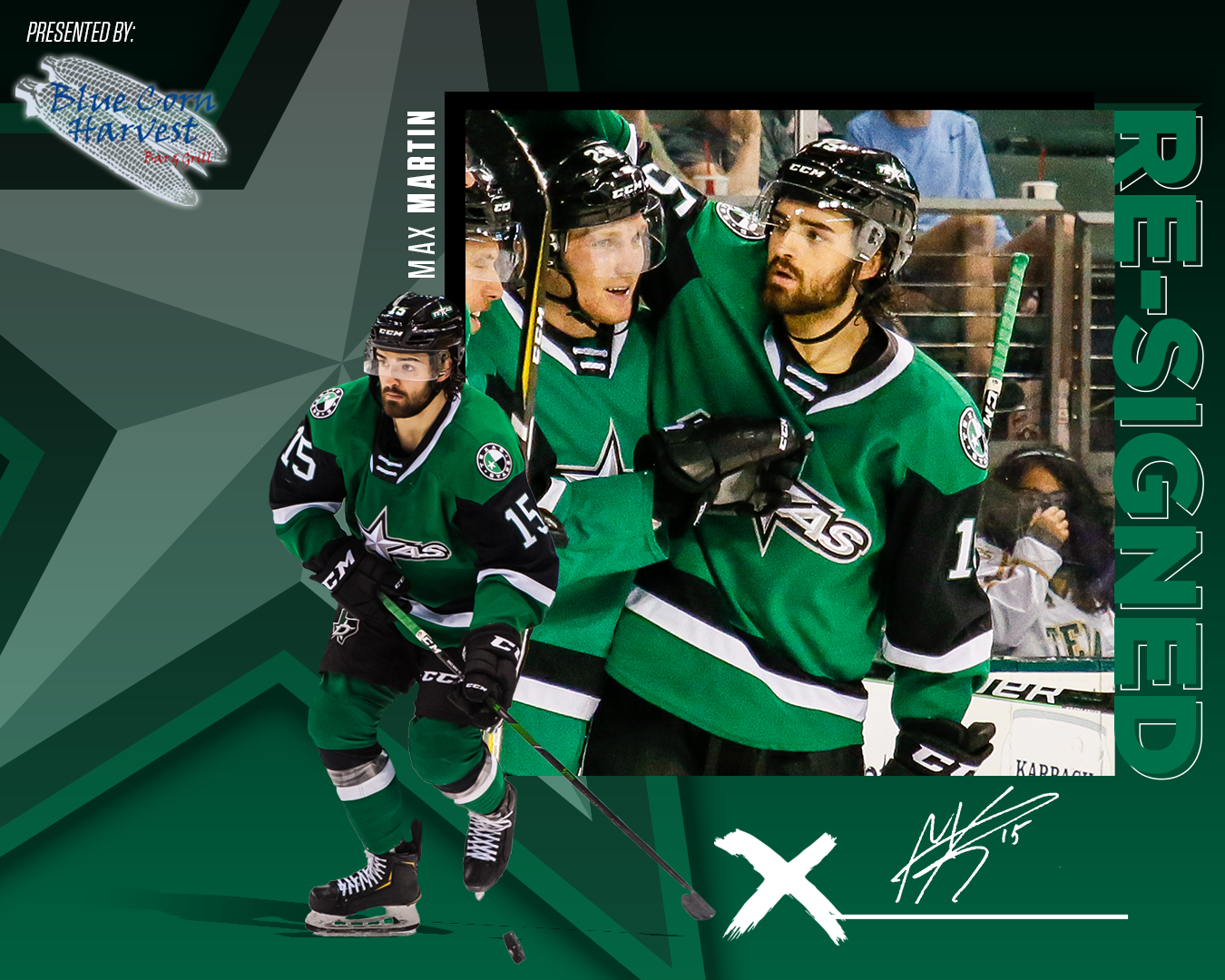 Martin, 21, played nine games with Texas in his first professional season and logged three points (1-2=3). The defender made his pro debut on Mar. 16, 2021 against Colorado and later scored his first goal on May 6, 2021 against Tucson as part of a two-point performance.

The 6-foot, 195-pound blue liner skated in 57 games for the Kamloops Blazers in 2019-20 and amassed a career-high 58 points (14-44=58). He finished fifth on the roster and fifth among all WHL defensemen in points. The blueliner paced all WHL defensemen with 28 power play assists and ranked second among all skaters in the league. With his help, Kamloops ended the season first in the WHL’s B.C. Division. He previously competed in the 2019 Memorial Cup Tournament after capturing the 2019 WHL Championship with the Prince Albert Raiders. Martin finished the 2018-19 regular season with 41 points (6-35=41) in 59 games.

The native of Winnipeg, Manitoba began his WHL career in 2015 and played five years in the league. Across those seasons with Kamloops, Prince Albert, and the Prince George Cougars, Martin logged 164 points (36-128=164) in 271 games in addition to nine points (1-8=9) in 29 postseason games.