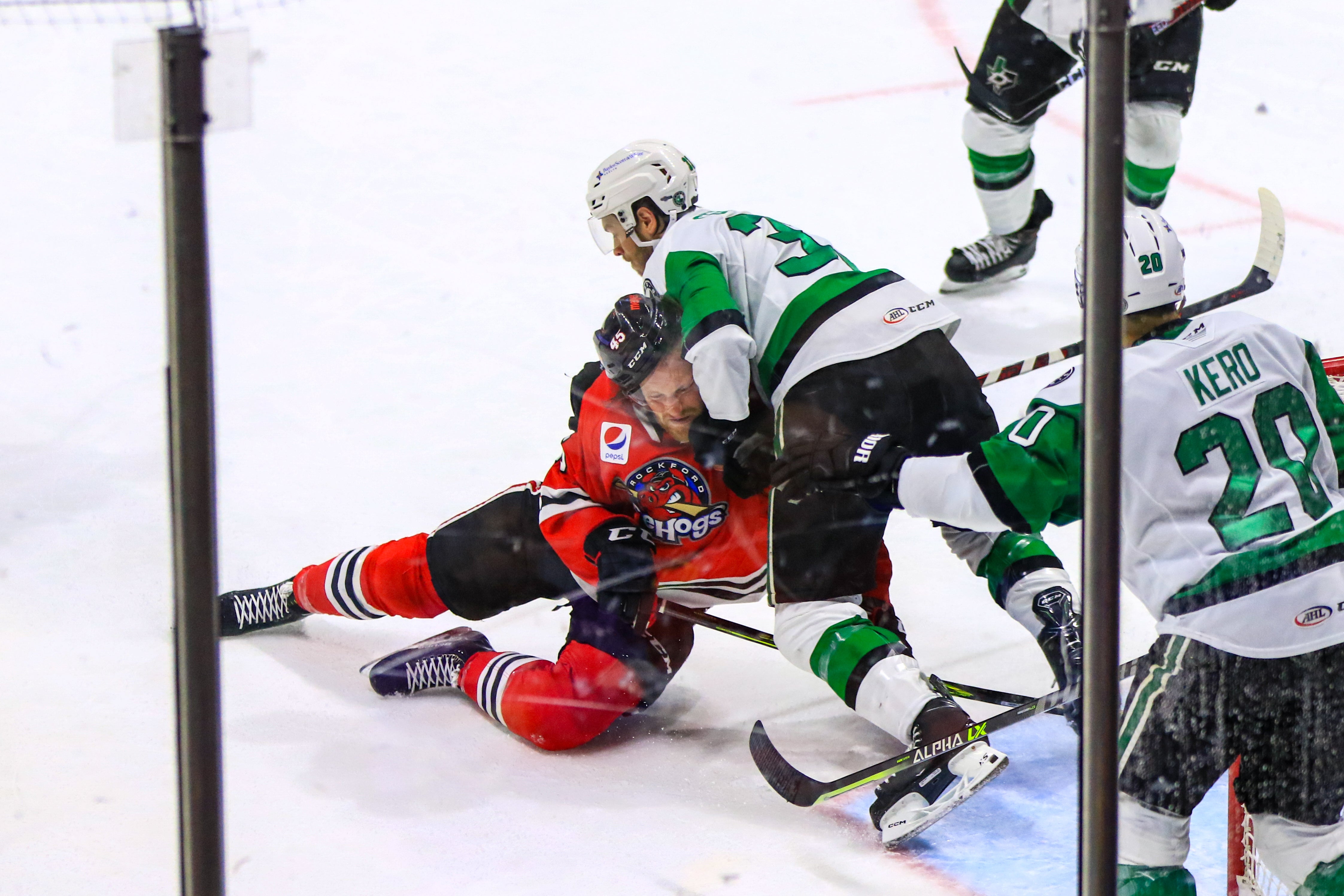 IceHogs Edge Stars in Game One

ROCKFORD, IL – The Texas Stars, American Hockey League affiliate of the NHL’s Dallas Stars, suffered a 2-1 loss Wednesday against the Rockford IceHogs in game one of a best-of-three first round playoff series at BMO Harris Bank Center.

The Stars and IceHogs skated through a scoreless first period with Texas holding a slight 11-10 shots advantage. Rockford killed off the game’s first penalty midway through the frame as Arvid Soderblom made 11 saves in the period. Matt Murray stopped all 10 IceHogs attempts, including five in the final two minutes during Rockford’s only power play.

Rockford ended the scoreless deadlock just under seven minutes into the middle period when Lukas Reichel snuck in behind the Stars defense and snapped a shot past Murray on a breakaway. Murray stopped 10 of 11 shots he faced in the stanza, while Soderblom stayed perfect with 21 saves through 40 minutes.

Carson Gicewicz redirected a point shot past Murray 4:06 into the third period to  briefly give the IceHogs a 2-0. Texas had a quick answer, however, when Fredrik Karlstrom ripped a wrist shot past Soderblom from the right circle just 47 seconds later. Karlstrom’s goal gave him points in four straight games going back to the regular season.

The Stars generated 13 third period shots, but Soderblom just had the one blemish, turning away 33 of 34 Texas attempts in the win. Murray stopped 28 of 30 in the loss.

Game 2 of the best-of-three series is Friday at 7:00 p.m. at BMO Harris Bank Center. If Rockford wins, the IceHogs will advance to the Central Division Semifinals to face the Chicago Wolves. If Texas wins, a deciding Game 3 of the series will be Saturday at 6:00 p.m. in Rockford.