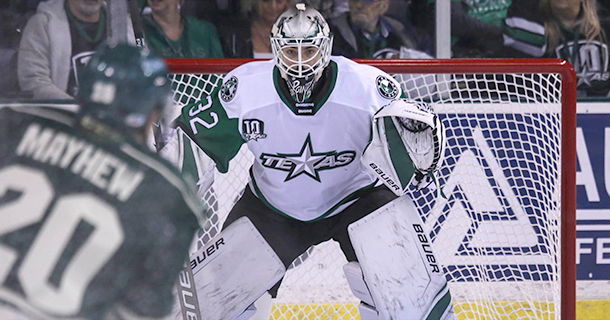 CEDAR PARK, Texas – The Texas Stars, American Hockey League affiliate of the NHL’s Dallas Stars, announced today that goaltender Colton Point has been reassigned by the Dallas Stars from the club’s ECHL affiliate, the Idaho Steelheads to Texas.

Before turning pro, the 6-foot-4 netminder played two seasons at Colgate University. During his sophomore year, Point ranked second among all collegiate goaltenders with a 1.60 GAA and led all goalies with a .950 SV%. Point compiled a 18-17-7 career record and was a finalist for the Mike Richter Award in 2018.