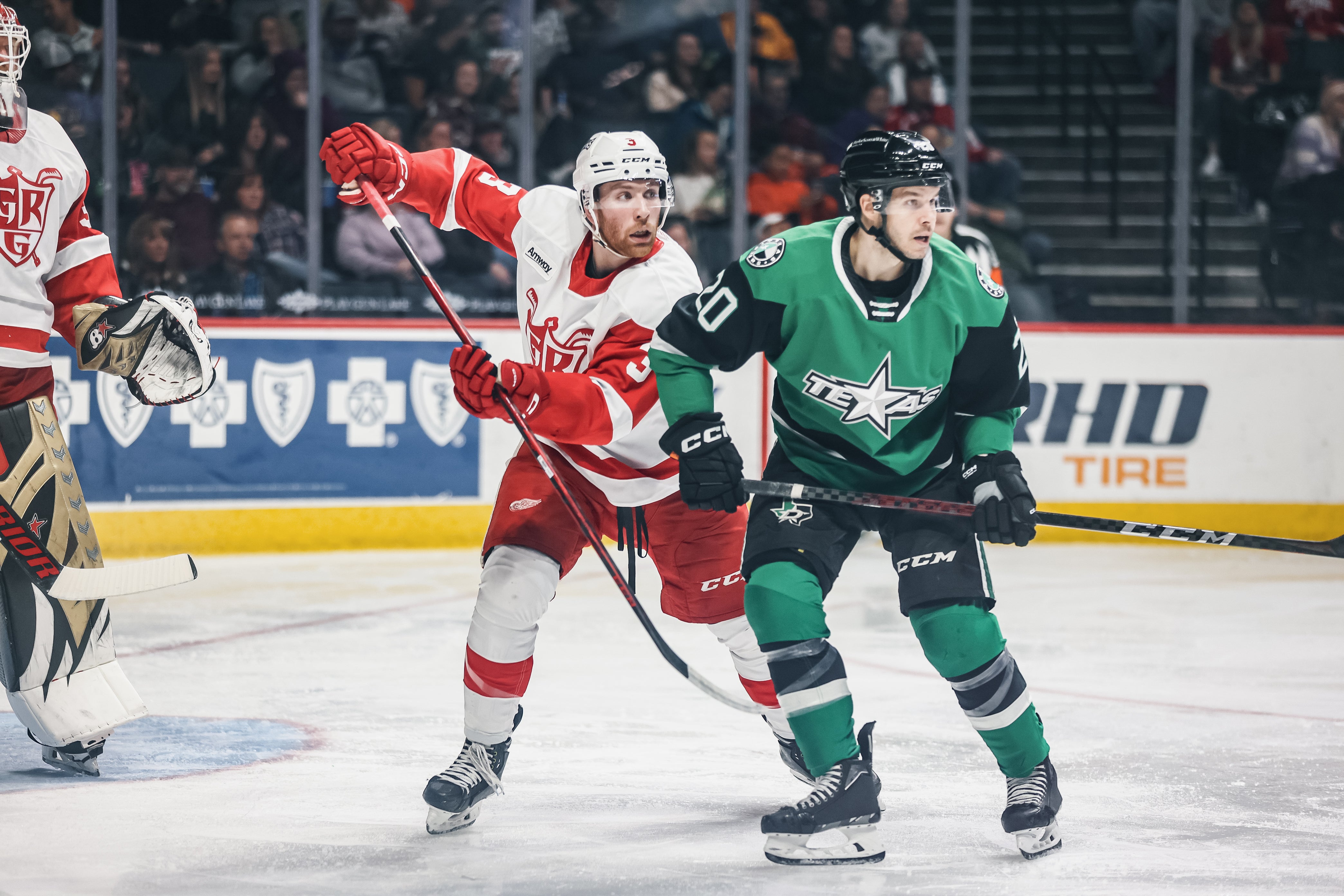 Thomas Harley opened the five-goal first period by burying a rebound 2:51 into the contest after he snuck down from the left point to the bottom of the left circle to find the loose puck and make it 1-0. Then, Fredrik Olofsson tipped in a point shot by Alexander Petrovic at 4:45 to make it 2-0. On the power play at 8:42, Riley Damiani made it 3-0 when he capitalized on a rebound near the left-side of the net for his second goal of the season. Matej Blumel scored the Stars’ fourth goal at the 10:57 mark minutes before Trenton Bliss put the Griffins in the score column at 13:37. Scoring in the first frame concluded when Tanner Kero chipped in a no-look feed by Riley Barber with 1:58 left in the opening period. After 20 minutes of action in Grand Rapids, the Stars owned a 14-12 shots advantage over the Griffins.

After Taro Hirose opened second period scoring 22 seconds in, Damiani potted his second goal of the night at 14:51 of the middle frame to make it 6-2 Stars. With Texas still leading by four after 40 minutes, the Stars were edging the Griffins 28-27 in shots on goal.

The third period saw only one puck cross the goal line as Pontus Andreasson scored with 19 seconds left to cut the deficit to three. However, Texas skated away with a 6-3 victory to complete the two-game series sweep.

In goal for the Stars, Anton Khudobin improved his record to 8-3-1-1 on the season after stopping 32 of 35 shots. On the other end for Grand Rapids, Jussi Olkinuora surrendered three goals on the first six Stars’ shots. In relief, Victor Brattstrom finished the game between the pipes and made 30 of 33 saves.

The Stars return home to play host to the Chicago Wolves next weekend after picking up four wins of six possible wins on the road. Face-offs for next Friday and Saturday’s action at the H-E-B Center at Cedar Park between the Stars and Wolves are scheduled for 7:00 p.m.