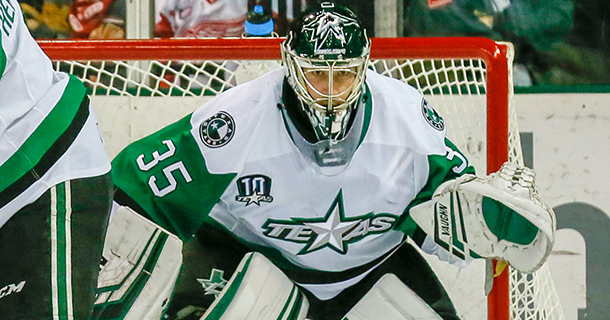 Bow, 23, made his NHL debut for the Stars this season, appearing in one game on Nov. 21 at Pittsburgh stopping all 14 shots in a relief appearance. In 34 games played for Texas this season, he has produced a record of 18-10-4 with a .902 save percentage and a 2.70 goals against average. He recorded his first shutout of the season last night, in a 29-save, 1-0 victory at Milwaukee.

The Texas Stars are the primary development affiliate of the NHL’s Dallas Stars, and continue the team’s road trip through Manitoba, facing off against the Moose on Saturday and Sunday.