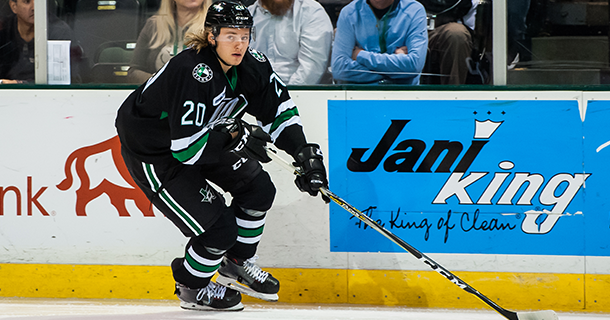 Hintz, 22, has recorded three points (2-1=3) in 14 NHL games with Dallas during the 2018-19 campaign. Hintz recorded his first career NHL goal on Nov. 18 against the New York Islanders. The forward has also appeared in nine AHL contests with Texas so far this season, registering 11 points (4-7=11), including two power play goals.

The Texas Stars are the primary development affiliate of the NHL’s Dallas Stars, and will face the Milwaukee Admirals again on Friday, Dec. 7 at 7:00 p.m.