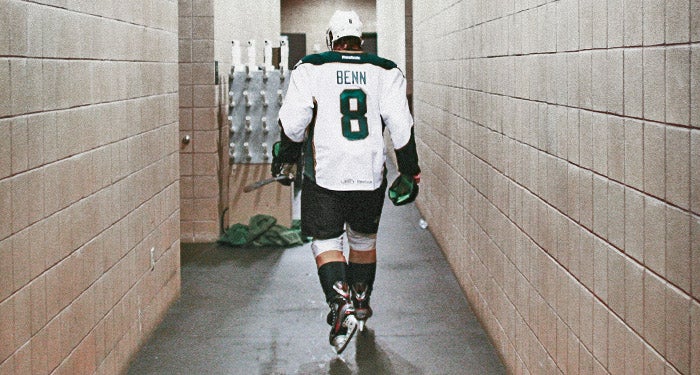 CEDAR PARK — There always was a racket coming from the Benns' garage, noise created by sticks on concrete and pucks flying around, bouncing off the walls that were covered by netting.

It was there, in their Victoria, British Columbia garage, that Jordie and Jamie Benn developed their powerful shots that would help lead them to careers in professional hockey.

In Dallas, Jamie, 22, is in his third NHL season with the Stars, a promising young winger. One level below the NHL, Jordie, 24, is making his own noise.

Jordie, who signed a one-year NHL contract with Dallas this summer, could soon be joining his little brother Jamie there.

Maybe all those shots in the garage are paying off.